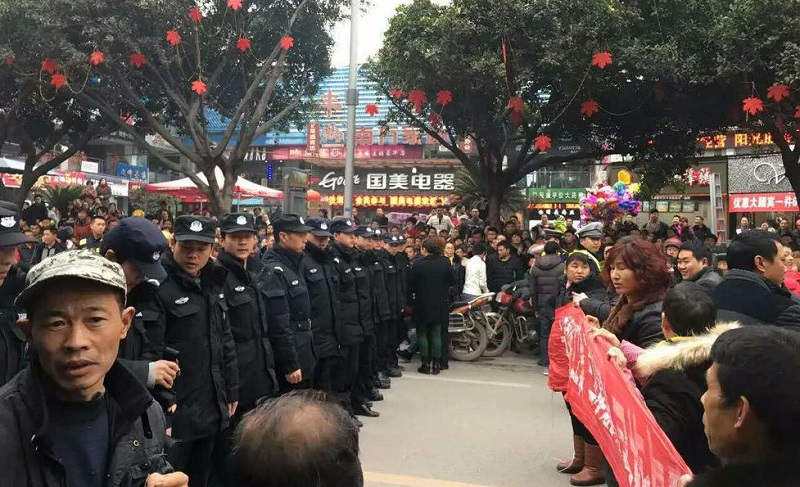 The All-China Federation of Trade Unions (ACFTU) is claiming credit for helping to eradicate absolute poverty in China, one of the key targets in paramount leader Xi Jinping’s goal of creating a moderately prosperous society by the end of this year.
13 October 2020

After five years of wage delays and non-payment of bonuses and pension contributions, the teachers of Dafang country in Guizhou finally had enough. They took their complaints public and petitioned the central government for help. In early September, the State Council intervened and ordered the local government to pay the teachers the 470 million yuan they were owed.
05 October 2020

The number of protests by construction workers has surged in the last four months, as residential and infrastructure projects in China continue to stall.
15 September 2020

The provinces most severely affected by the coronavirus pandemic, as well as most major cities in China, all saw negative economic growth in the first half of the year, according to official data on the gross domestic product (GDP) of individual provinces released last week.
05 August 2020

As we reported in last month’s newsletter, the demand for face masks in China dropped off dramatically once the coronavirus outbreak was determined to be brought under control, leading to mass layoffs and wage arrears at unprofitable factories.
04 August 2020

After the pandemic, China’s workers take another hit from widespread flooding

Tens of millions of people have been affected by this year’s devastating floods across central China, mostly in the relatively poorer provinces of Jiangxi and Anhui, as well as around Wuhan, the locus of the Covid-19 outbreak earlier in the year.
23 July 2020

Worker protests on the rise in June as wage arrears proliferate

Worker protests are on the rise again in China as businesses struggle to adapt to the new economic reality created by the Covid-19 pandemic.
15 July 2020

One in three white collar workers have been laid off since the outbreak of the Covid-19 pandemic in China, according to a new survey by online recruitment agency Zhaopin. In addition, the majority of white-collar workers have experienced pay cuts, salary cancellations or delays in payment.
24 June 2020