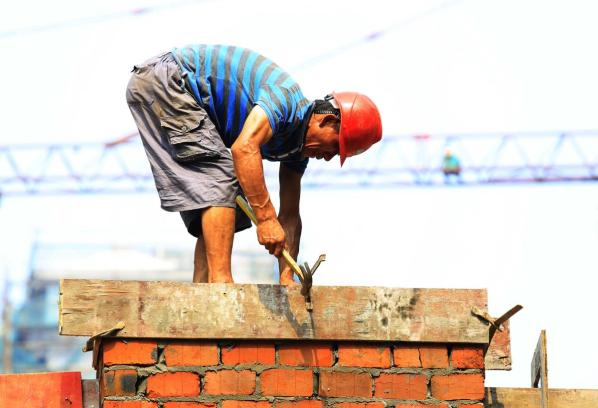 The new calendar year began with the entire city of Xi’an in the middle of a month-long Covid-19 lockdown as China pursues its “Zero Covid” strategy, which is reliant on hotels as quarantine facilities. The very first local case in Xi’an, from which a rapid spread of the virus prompted the late December lockdown, was a quarantine hotel worker who contracted the virus on the job. This case highlights the lack of health and safety measures and employment protections, and the otherwise complete disregard for the lives of those working hardest to keep the country safe: After the worker, surnamed Xiang, tested positive and was hospitalised, he asked for his wages and for his hospital and food bills to be covered, but management was rude and dismissive. In an online post, Xiang compared his treatment to being “kicked around like a football.”

Two years into the Covid-19 pandemic, governments at all levels should value and protect frontline workers and learn from past mistakes. Our investigations reveal that basic health and safety protections for workers are lacking when these should be the highest priority, and that workers need effective advocates in the trade union. This is not only essential for these frontline workers, but for the protection of the general public and combating the spread of Covid-19 and its variants of concern.

Of course, workers cannot wait for the trade union to step up and advocate for their pressing needs. Rural teachers in Hebei province took to the internet with a collective appeal for fair treatment. Their plea effectively challenges several competing policies on hiring practices that disproportionately limit the upward mobility of rural teachers, despite national policies for greater equity between urban and rural areas. They claim age discrimination as a barrier for equal opportunities and ask the local government to step in. CLB investigated the situation and interviewed the trade union, which had no interest in understanding the issues at stake.

And when Canon announced a factory closure in Zhuhai, workers spontaneously negotiated with management for severance pay of 2.8 months per year of service, a rate beyond the minimum required in China’s Labour Law. Management responded by offering the legal requirement of one month of pay for each year of service to the company, plus a range of other benefits including no upper limit for seniority compensation, exceeding the legal requirement in many respects. Over the last two decades, China’s factory districts saw waves of factory closures and relocations, inspiring some successful and dramatic struggles for workers’ rights. Workers being laid off from Canon Zhuhai may be forced to take what they can get in this difficult case, and - in the absence of a representative union that is willing to fight for a better deal for its members - it will be in the hands of workers themselves to decide.

We are also tracking emerging labour patterns, such as the plight of retail and service workers who are more isolated in their labour disputes at small companies and start-ups. Many of these workers are young and online, have higher levels of education, and more readily consider negotiating directly with employers and even taking their cases through labour arbitration. However, they face similar barriers as other workers, including lack of labour contracts, costs of litigation, and plain exhaustion. One worker wrote online, “Bringing this case costs 5,000 yuan [U.S. $785], which is more than my salary… If I could afford a lawyer, why would I still be working and studying?” Many of these calls for help would simply get lost in the winds of social media. We collect them not just as data points about economic and labour trends, but also to help find effective resolution methods for unfortunately common issues.

In our coverage of labour issues in the Global South, our contributors wrote about the Cambodian authorities’ harsh arrests of union leaders during a weeks-long strike of NagaWorld Casino in Phnom Penh. The casino’s parent company, Nagacorp, is listed in Hong Kong. The strike stems from May 2021 layoffs of over 1300 workers, which union leaders called union busting and took to Cambodia’s Arbitration Council. Despite a ruling in the workers’ favour, the company refused to recalculate compensation packages.

In Bangalore, India, a garment workers’ union has successfully called management of the country’s largest exporter to the bargaining table. The company, Shahi Group, asserted that it could not pay workers an increased wage because the purchasing prices are set by the brands. In response, the union, KOOGU, called on eight international brands supplied by Shahi and others in the region to join in the negotiation process, but none have agreed. The ongoing collective bargaining process between KOOGU and Shahi sets a unique precedent in India and perhaps for the entire global supply chain. But the brands, ignoring the calls issued by the union that represents vulnerable workers, risk aggravating persistent inequalities in the global supply chain.