A trade union in lockdown

As life in the central city of Wuhan gradually returns to normal, China Labour Bulletin investigates the role of the trade unions during the city’s 76-day lockdown, and the extent to which it was able to represent the interests of essential workers.

Wuhan’s frontline medical staff, construction workers, sanitation workers, security guards, delivery drivers and community workers all played a vital role in combating the spread of the coronavirus and in maintaining the city’s essential services during the lockdown.

These workers were rightly praised for their efforts but at the same time, their basic labour rights were often violated and their attempts to seek redress were met with indifference.

The construction workers who laboured around the clock to build the Huoshenshan and Leishenshan hospitals in just ten days, for example, were employed without proper labour contracts, had insufficient protective equipment, and suffered frequent wage arrears. Moreover, several hundred workers were not allowed to leave Wuhan even after their 14 days’ quarantine had been completed. They claimed they were locked in their dormitories with no pay and no ability to work elsewhere.

In another case, security guards stationed at a quarantine site in Hubei University were supposed to be paid 1,000 yuan a day but only received 250 yuan a day because the local government had contracted the security work out to a labour agency which kept the majority of the payment for itself.

Not only were the officials we talked to unaware of these incidents (which had all been posted and widely publicised on social media), some claimed they were not responsible in any case because the hospital construction work was undertaken by the China Construction Third Engineering Bureau Co. Ltd., a provincial level company that does not answer to municipal officials. 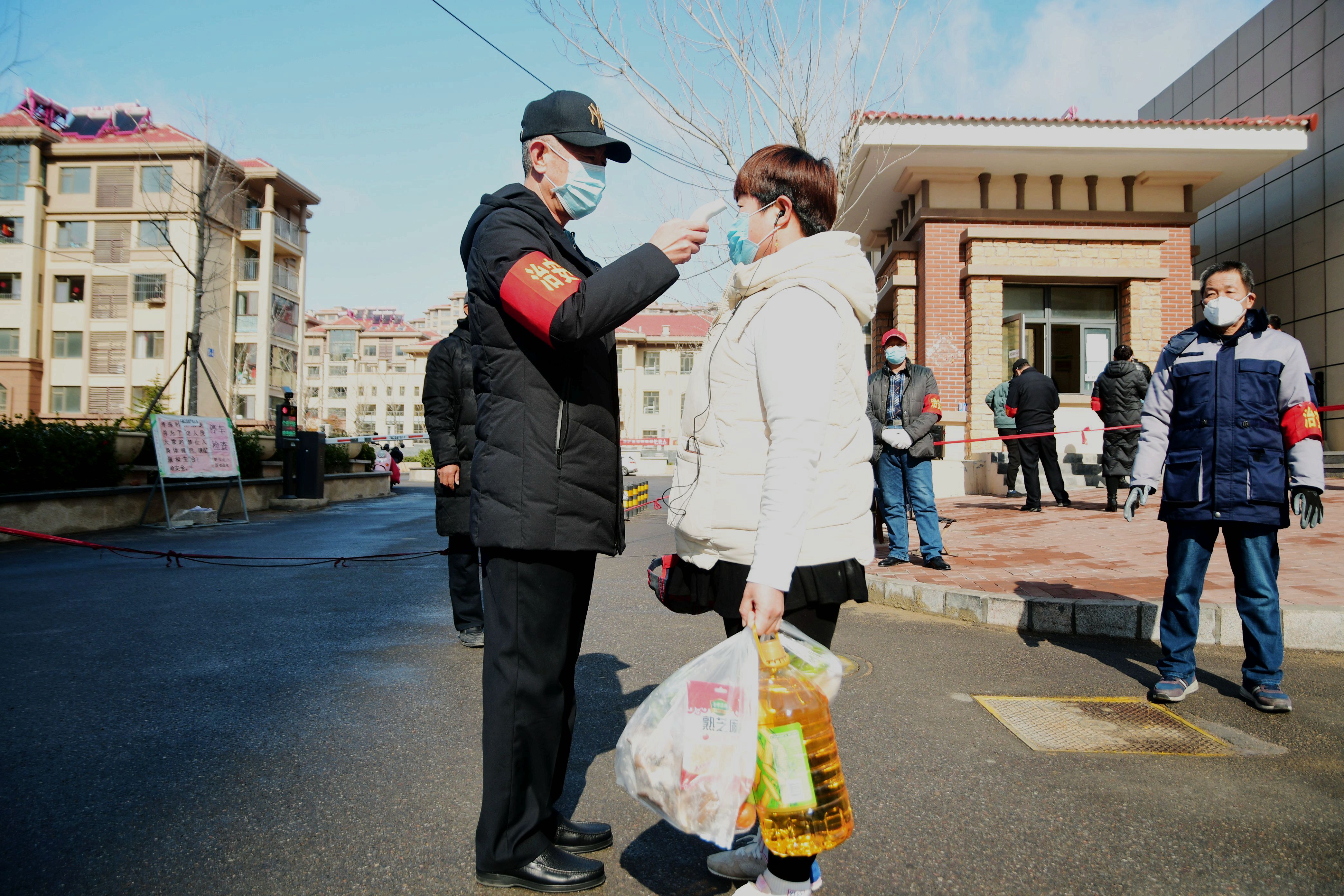 Instead of protecting workers’ interests, most trade union officials had been dispatched to assist with epidemic control work in local residential areas, examining residents’ papers and conducting body temperature checks etc. An official in the municipal federation’s propaganda department explained:

More than 80 percent of us are now working for community services. Personally, I am busy helping the medical teams from other provinces who came to help Wuhan, so I don’t have time to answer your inquiries… Please call our duty office; it will make a list of all inquiries and report to a higher level.

However, the duty officer for the municipal federation at first denied that there had been any labour rights violations during the hospital construction, and then claimed it was unrealistic for employers to sign proper labour contracts under the extraordinary circumstances they were faced with:

Think about it! This is the Lunar New Year, everyone is focused on building a hospital in just seven days, and you want workers to sit down and sign employment contracts first? How dare you even propose such an idea?

He was equally evasive on the security guards' case and said the municipal union could not be bothered with minor details like whether certain groups of workers had actually joined a union or not.

Our union is managed on the basis of administrative territories. If you want to know whether some workers joined a union or not, you have to ask the local union that is directly in charge. How could the municipal federation know about this? We are not responsible for these details.

The one official on duty in the Jiangxia District office was more sympathetic to our inquiries but he was likewise constrained by the union’s rigid structure. He explained that the district federation had 30 staff members but 29 of them had been dispatched to various residential communities. As the only officer on duty, in addition to responding to telephone inquiries, he had to check the gate and register all vehicles and persons entering the building.

We suggested that a better use of the union’s human resources would be to send staff to enterprises that had resumed production and help the enterprise union staff and workers there to ensure that occupational health and safety was maintained and that basic labour rights were protected. He said he would report this suggestion to the higher-level leaders, but added, “the union has to listen to orders and arrangements from the government first.”

Trade union officials, like everyone else in Wuhan, have been under tremendous pressure during the last few months. However, the vast majority of frontline workers in the city still did their jobs without making excuses.

It is clear from our interviews that the trade unions in Wuhan were in a state of mental lockdown as well as in a physical lockdown. They could not escape from the narrow confines of the All-China Federation of Trade Unions’ hierarchical structure and bureaucratic thinking, and simply followed orders from the local government. They were often blind and indifferent to the very real struggles of workers on their doorstep and valued serving the Party and government above the interests of their members.

This attitude is unlikely to change now that normal economic activity is resuming in Wuhan. However, workers in the city are still struggling with layoffs, wage arrears and other violations of labour rights. And, at some point, the union will be forced to listen.

For more details, and links to the original source material, please see our report on our Chinese website.