Labour activist He Xiaobo (photo below) returned to his home in Foshan yesterday evening after four months in detention. He was reportedly released on bail after being charged with “misappropriation of funds.” 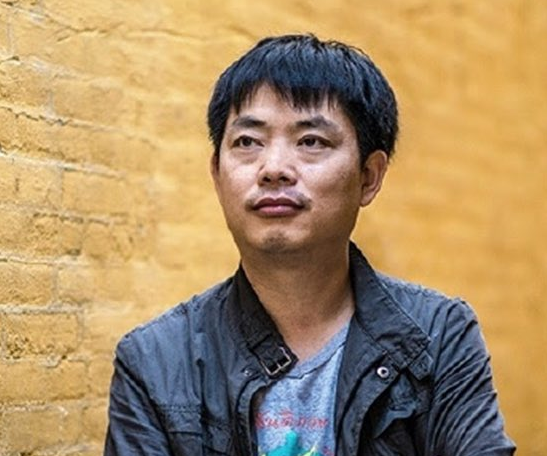 Two other activists, Zeng Feiyang and Meng Han, who were detained at the same time as He, remain in detention in Guangzhou charged with “gathering a crowd to disrupt social order.”

He Xiaobo, the head of the Foshan-based labour rights group Nanfeiyan, recorded an audio message last night saying he was back home and thanking everyone for their support. His case had been widely reported in the international media, thanks mainly to the efforts of his wife Yang Min, who was herself placed under house arrest for a short time in February.

He was detained on 3 December during a massive crackdown on labour activists in the Guangzhou region. More than a dozen activists were rounded up and detained the police, although only four of them were formally charged with criminal offences.

Zhu Xiaomei, who worked with Zeng Feiyang and Meng Han at the Panyu Workers Service Centre in the south of Guangzhou, was charged with “gathering a crowd to disrupt social order” but she was released on bail in early February.

Although most of the activists have now been released, they remain under surveillance and, for the most part, have been unable to resume their important work providing workers who are engaged in collective struggle with the advice and support they need to successfully resolve their disputes through collective bargaining with management.

Meanwhile, the need for civil society labour organizations remains as pressing as ever in the Guangzhou region as factories continue to close down and or relocate without giving employees the compensation, social insurance contributions and other benefits they are legally entitled to.