Gao Zhisheng and victims of Chenjiashan Coal Mine disaster

A year after the Chenjiashan Coal Mine disaster, Gao Zhisheng, who had provided legal assistance to the victims' families to fight for compensation, visited the bereaved families in Tungchuan City, Shaanxi Province, in November 2005.

The coal mine accident happened on 28 November 2004 claimed the lives of 166 miners who were working underground when it was reported that there was fire in the pits the week before the coal mine explosion.

Lawyer Gao was so touched by the grief of the victims' families that he wrote an article about what he had seen and what he had talked with the families shortly after his visit to a village near Chenjiashan.

In the article, he wrote about the grievances he heard from the victims' families. A victim's wife, Liu Li (pseudonym), told him that on average, each family "received 80,000 yuan in compensation, which is lower than other places in China." She also complained to him that no official has been sentenced (for causing this accident), adding that when they went to talk to the local mining bureau, the officials act impatient with them, or they ignore them, or even beat them up.

The widows of the deceased miners could not hold back their tears when they talked to Lawyer Gao. One widow said: "They treat us so cruelly. The Mining Bureau celebrated its 50th anniversary and each employee was given a 1,300-yuan bonus. The leaders even received thousands yuan. But as for us, we weren't given a penny, even though our husbands died for this coal mine. We fought that for a long time, but in the end they gave only 100 yuan for each family."

The widows felt so desperate that they did not believe that the government would help them get a fairer compensation for their loved ones. One widow said: "Our husbands were killed and now we live in fear. Do you think that is just? Wen Jiabao visited us in January, but I am sure you didn't see what really happened here on television. The provincial government and the mining bureau knew his schedule before he arrived. Police were assigned to our place a few days before Wen came, especially to the victims' families....We divided into two groups, then kneeled down on the highway. Those awful officials forced us to do that, and we couldn't think of any other possibilities. When we approached the cars, many of the car doors opened, but I couldn't figure out who Wen Jiabao was....I heard Zhao Yongmei crying, 'We want to see Chairman Wen [Wen Jiabao], Chairman Wen must bring us justice.' When I turned, I saw Zhao was grabbing a leader's hand tightly, and that leader said, 'Just tell me. There's no rush, I am Wen Jiabao and I am going to bring you justice.' When we heard him saying he was Wen, we couldn't believe it. We didn't know what to say and just cried out. Police, armed police started to remove us, so that Wen could proceed with his visit. Actually I guess he was forced to say he was going to bring us justice, because we had blocked the highway. He left ten months ago and we have heard nothing from him. Only one of the 19 families that visited you in Xian is doing okay. The rest are penniless."

Lawyer Gao's article exposes how difficult it is for families of victims of coal mine disasters to get a fair and reasonable compensation due to local government officials' intention to protect their own personal interests.

See CLB's complete English translation of Lawyer Gao's article on his visit to the Chenjiashan victims' families at: http://www.clb.org.hk/public/contents/article?revision%5fid=19098&item%5fid=19097 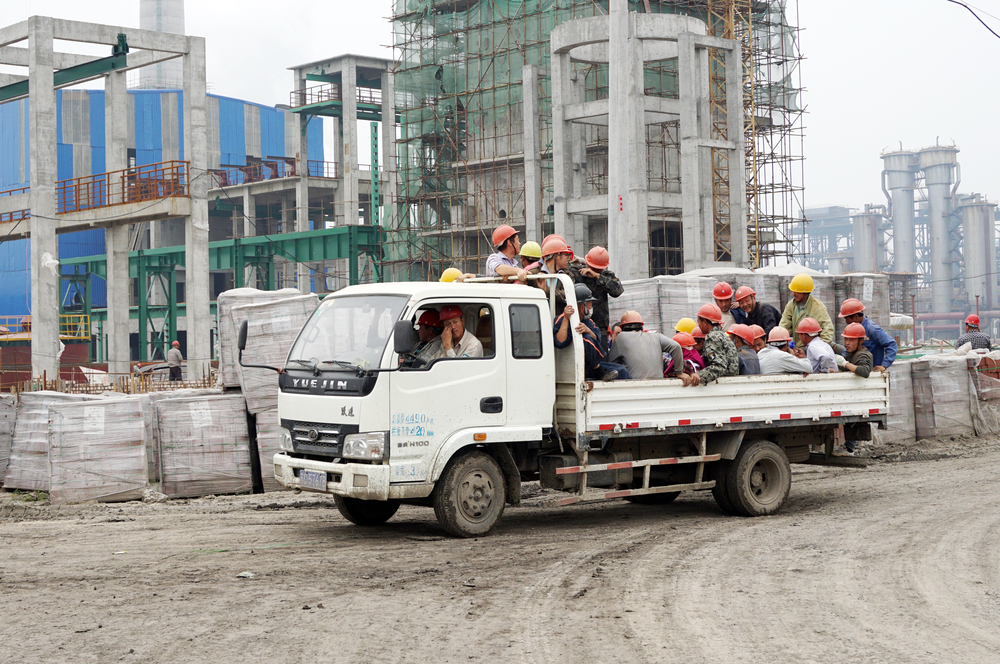