Xu Zhihui, a pioneer and leader in the struggle of China’ workers to get compensation for the deadly lung disease, pneumoconiosis, has passed away. He was 55-years-old.

His death on 23 June came just one month before another inspirational figure, former gold miner He Quangui, also lost his battle with pneumoconiosis on 1 August this year. 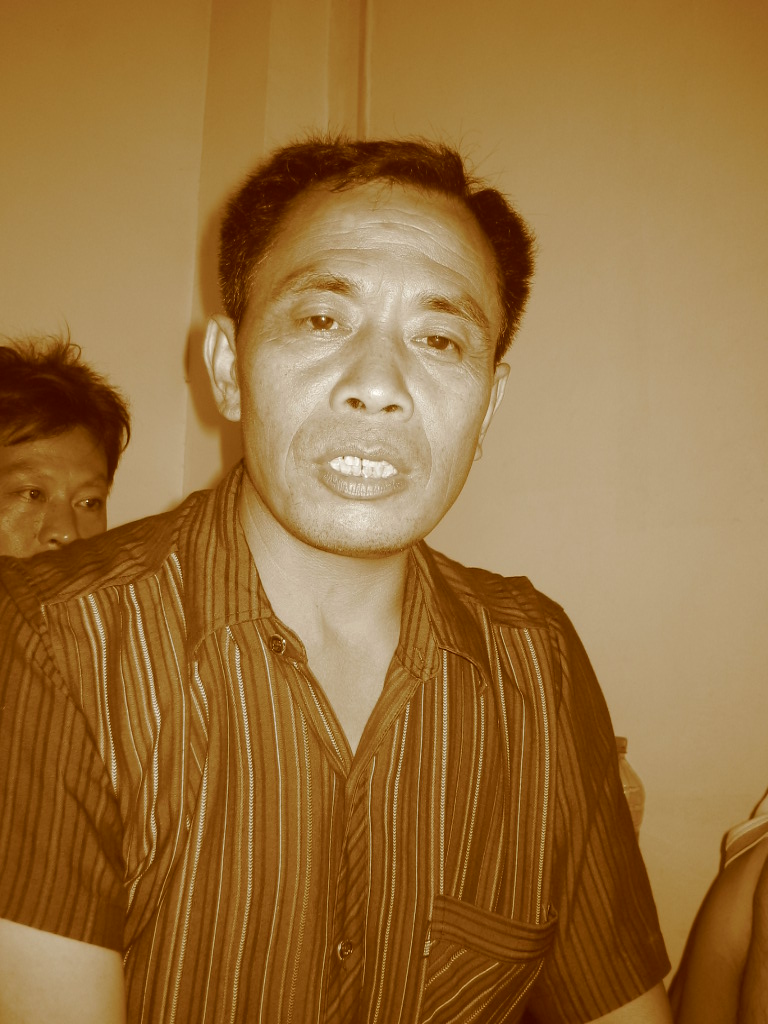 Xu Zhihui photographed in Shenzhen in 2009.

Xu was one of around 180 construction workers from Leiyang in Hunan who made national headlines in the summer of 2009 when they travelled back to Shenzhen to demand compensation for the pneumoconiosis they had contracted while working as drillers and blasters on the city’s construction sites in the 1990s.

After staging several protests and threatening to sue to Shenzhen government, the majority of workers were awarded various levels of compensation, ranging from 70,000 yuan to 130,000 yuan depending on the severity of their illness. A few of the workers, including Xu Zhihui, whose employer had paid into the city’s work-related injury insurance scheme, were awarded up to 290,000 yuan.

The compensation award was a major breakthrough at the time and inspired many other groups of migrant workers across China to pursue their demands for compensation as well; as documented in CLB’s research report Time to Pay the Bill: China’s obligation to the victims of pneumoconiosis, published in 2013.

However, for many of the Leiyang workers, the compensation they received was too little too late. In 2013, China Central Television’s News 1+1 returned to Leiyang to find that several workers had nothing left after paying off their debts and medical expenses. One of the workers interviewed, Xu Zuoqing, was completely incapacitated and reliant on an oxygen tank to breath. His wife was also sick and could not find a job while his children were too young to work. He told News 1+1:

I have spent almost all of the compensation and now I don’t know what to do. I have no real aspirations anymore. We just live from day to day.

Xu Zuoqing died in hospital soon after this interview. Xu Zhihui was seriously ill in the same hospital at the time and the two former colleagues had one last conversation before Zuoqing died.

During the times when Xu Zhihui was in reasonable health, he continued to work on behalf of his colleagues, meeting with the media, volunteers and student activists in a bid to ensure that the Leiyang workers were not forgotten. Xu’s remote village often suffered from power cuts, making life for his former colleagues even more unbearable, and Xu at one point threatened to lie down in front of the township government building unless the situation was rectified.

Towards the end of his life, Xu arranged for his grave to be built on a mountainside with a view of his family home. Xu Zhihui is survived by his wife and three children. It is not known exactly how many of the original 180 Leiyang workers are still alive.