The dying wish of former gold miner He Quangui

Former gold miner and workers’ rights advocate He Quangui died yesterday, 1 August, at his home in rural Shaanxi. He was 41-years-old.

For ten years, He had battled the deadly lung-disease silicosis, contracted while working in the dark, dust-filled gold mines of Henan. But He’s main concern was to raise awareness of the plight of the estimated six million other rural migrant workers in China who, like him, had been discarded by their employers when they got sick and then ignored by the state.

Just before his death, He recorded a personal message to President Xi Jinping in which he described how the families of poor rural migrant workers in China have been devastated by this entirely preventable occupational disease. Many families had been bankrupted by the cost of medical treatment and the loss of their sole bread-winner. Elderly parents and young children were left behind with no one to look after them, he said.

A key element of Xi Jinping’s presidency has been the idea of the “China Dream,” and He Quangui wanted to tell President Xi about his own China dream:

President Xi, you would love the people as you love your own child. We are China’s children. We would also like to request that the country take care of us. Please help China’s sons and daughters. This is my China Dream.

He was able to get his message out with the help of Singaporean photo-journalist Sim Chi Yin who posted the recording on ChinaFile. Sim had been documenting He’s life for the last four years after first reporting his story in the Singapore Straits Times in 2011. She had recently released a short film, Dying to Breath, describing He’s plight and his touching and loving relationship with his wife Mi Shixiu.

He Quangui is survived by Mi Shixiu and their 20-year-old son He Jinbo. 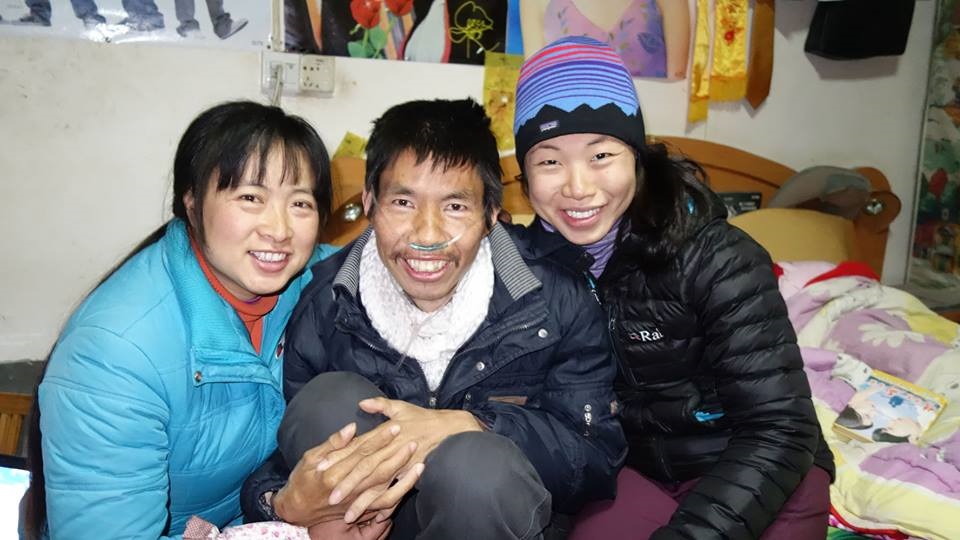 For more information about the occupational disease pneumoconiosis, of which silicosis is a variant, please see CLB’s 2013 research report Time to Pay the Bill: China’s obligation to the victims of pneumoconiosis. The report describes the efforts of many other workers like He Quangui who were determined to get the compensation they deserved and prevent other workers from contracting the disease.