Amid continual strikes and protests by taxi drivers across China over exploitative cab company fees and competition from unlicensed cabs, a group of 50 drivers in the central city of Xiangtan have taken matters into their own hands and set-up their own cab company.

All of the drivers at the Xiangtan United Taxi Company are shareholders and will be able to democratically elect their company president and managers, the drivers said. The move was a response to the announcement by the local government in August last year that all privately operated cabs in the city would henceforth have to join registered cab companies approved by the government.

In all, 326 private taxi operators were told that their licences had expired and that they had to surrender ownership to a taxi company and become its employee. One of the drivers, Chi Wenjie, originally from Anhui, wrote on his microblog:

The drivers bought their licenses at public auction more than a decade ago. We have full ownership of both the licence and the cars. The so-called taxi companies and rental contracts are deformed products of the development of the taxi industry in China. The system not only hatches corruption but creates conflict.

Another driver, 36-year-old Zhu Bailing, echoed his point, saying that cab companies in China are “parasites that feed on the hard work of drivers, and their owners are usually buddies with the local transportation authority.”

The United Taxi Co., on the other hand, Zhu said, would be run by the drivers for the drivers and would allow drivers to retain a much larger share of their daily earnings: “In our new company, the president will always be an ordinary driver who has to prove he deserves the trust and votes of his colleagues throughout his term.”

“I have full confidence in our ability to cast the right votes, in our future driver-presidents, and most importantly, in our new company,” he added. 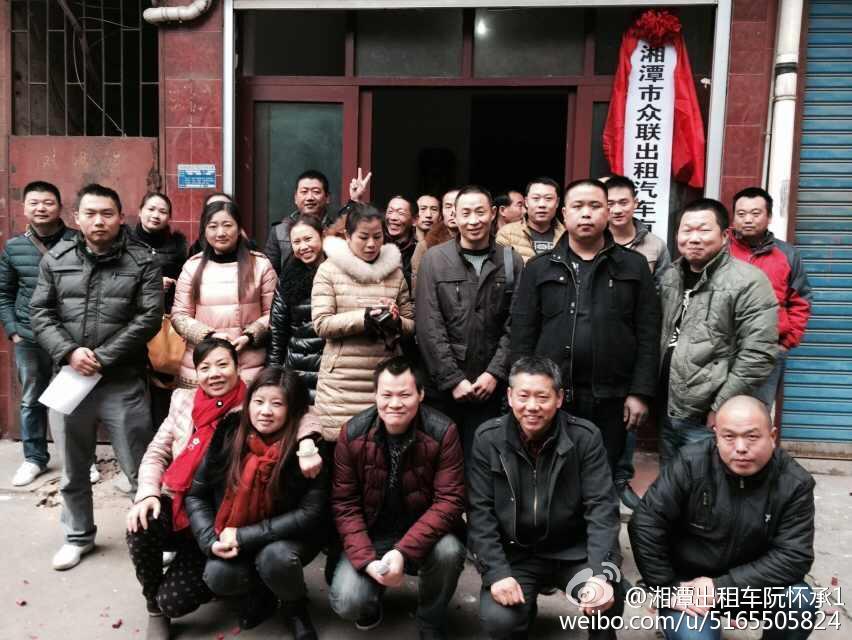 The company has now been formally registered and the drivers have applied to the Xiangtan Municipal Transportation Bureau for a licence.

In addition, the drivers have been reaching out to other taxi drivers in Sichuan and Jiangxi who have been exploring similar initiatives. Zhu said drivers from United Taxi Co plan to travel to Sichuan to see first-hand how drivers there have put their plans into effect.

The drivers have even recorded their own song and made a video about their struggles, which they have posted on Weibo.