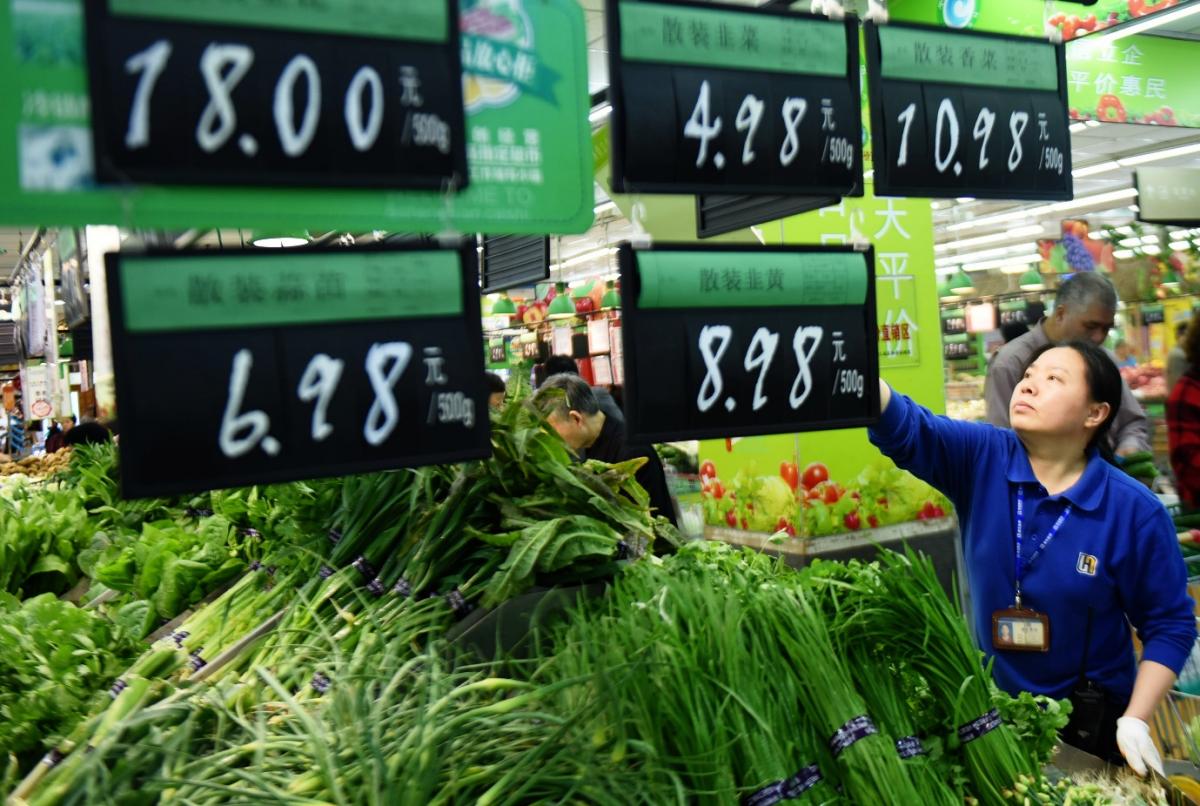 Businesses throughout China’s hyper-competitive retail sector, from traditional supermarkets to new e-commerce platforms, have been cutting costs, restructuring or closing down entirely, leaving thousands of workers out of a job and owed months of wages in arrears.

In response, workers across China are taking collective action to defend their rights. China Labour Bulletin’s Strike Map has recorded 58 strikes and collective protests by retail workers so far this year, accounting for nearly five percent of all worker protests. At least 50 of the 58 incidents in the retail sector were related to wage arrears.

E-commerce companies and online platforms are just as likely to see collective actions as traditional retailers. The Strike Map has recorded 11 such protests so far this year, six of which were related to the sudden sacking of more than 1,000 staff at the second-hand car sales platform, RenRenChe, which had branches in cities throughout China.

Staff in automotive retail and repair have been particularly hard hit this year with the continuing decline in vehicle sales in China. The Financial Times reported that passenger vehicle sales fell by four percent to 23 million last year, and have continued to decline this year, dropping by 14 percent in the first half of the year compared with the same period in 2018. So far this year, 14 of the 58 retail sector protests have been in automotive sales.

There were 17 incidents at traditional supermarkets, nearly all of which were related to staff lay-offs, business restructuring and store closures, with workers primarily demanding the payment of wages in arrears and lay-off compensation.

Supermarkets and other bricks and mortar retailers have been under tremendous pressure since the rise of e-commerce in the 2010s and all major retailers have always been looking to cut costs. By the mid-2010s, however, China’s retail workers had had enough and there was a noticeable increase in the number of protests in 2016.

Most notably, workers at retail giant Walmart staged a series of strikes and online campaigns in July 2016 after the company introduced a new flexible working hours system that threatened to substantially reduce wages and extend the power of management over work scheduling.

The majority of protests by supermarket workers in the 2010s have been in smaller cities in provinces such as Henan, Jiangsu, Hunan and Shandong rather than major metropolises where consumers have greater spending power. It smaller cities, supermarkets are less able to withstand the competition from e-commerce and rent increases from predatory landlords. This year, for example, there were protests by staff at Hua’run supermarkets in Qingdao and Yantai after the company announced a restructuring plan in Shandong.

Collective protests by retail workers have remained at a relatively high level since 2016, averaging around four percent of all incidents recorded on the Strike Map each year. See graph below. 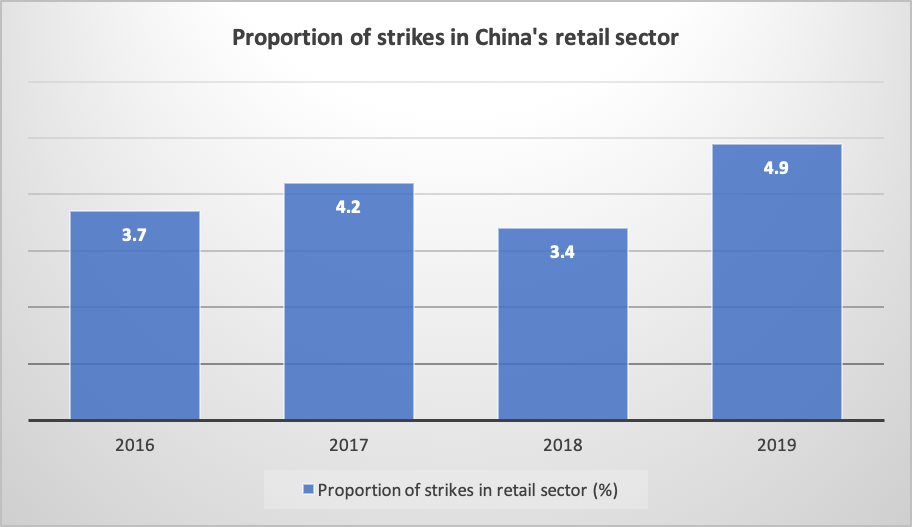 Retail workers are some of the lowest paid employees in China. Migrant workers employed in the wholesale and retail sector earned just 3,263 yuan a month on average in 2018, an increase of seven percent over the previous year, according to the most recent National Bureau of Statistics survey of migrant workers.

Moreover, the majority of employees, particularly in traditional retail, are women. According to the 2018 China Labour Statistical Yearbook, 4.3 million of the 8.4 million workers employed in wholesale and retail units in China’s cities were women. A large proportion of women workers are middle-aged and depend on proper pension contributions from their employer to secure their future. However, employment in the retail sector is increasingly precarious and many workers are denied the social insurance and welfare benefits they are entitled to. At least six of the protests recorded this year were specifically related to the non-payment of social insurance contributions.