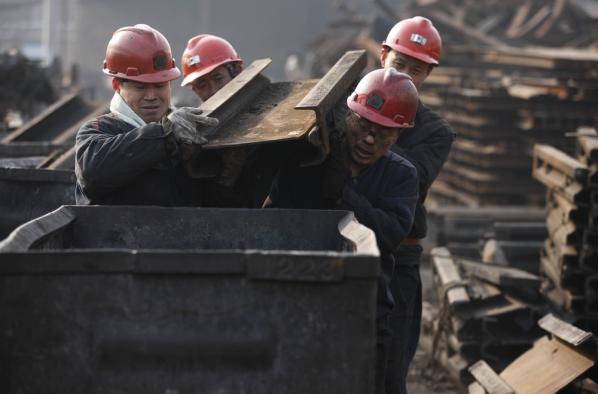 Excessive overtime work is an occupational health and safety issue. In October, CLB looked at the data aggregated by Working Time Collective on working hours for those in China’s tech industry. Although China’s labour laws contain strong protections for workers, including a 40-hour work week, these laws are constantly broken by employers and then go unenforced by the authorities. Likewise, trade unions within enterprises fail to truly represent workers.

Abiding by China’s labour laws would allow for work-life balance, yet salaries have not kept up with the cost of living. Compared to ten years ago, salaries in China are higher, but workers have never had much say in their pay and labour conditions.

Workers in other industries were victims of occupational safety issues, immediately following the entry into force of the amendments to the Work Safety Law on 1 September.

On 26 September, 17 construction workers were reported missing after a mudslide in Ya’an, Sichuan province. Ten workers were found, among whom two had suffered injuries; seven were found dead. Heavy rains and flooding caused the mudslide to sweep through the shed in which the workers were living, destroying the first floor in an instant, according to eyewitnesses.

Given the rapid advancement of climate change, heavy flooding is affecting many parts of China. In fact, these types of events can no longer be treated as emergencies, as they are situations in which many workers commonly find themselves.

On 11 October, a company bus carrying 51 commuting workers sank into flood waters while crossing a bridge in Shijiazhuang, Hebei province. The workers were being transported by a third-party company hired by their employer.

The area had been experiencing heavy rainfall for days on end in early October. On the morning of the incident, there was a weather warning about flooding from upstream. As the bus crossed the bridge, the water level caused the bus to overturn into the flooded river. Some workers managed to climb to the top of the bus to safety, but a total of 14 workers were confirmed dead after over 31 hours’ rescue. Another 37 were injured, including the bus driver.

Recent safety directives by the Hebei Ministry of Emergency Management, local weather warnings, and even traffic warnings at the bridge that morning were not strong enough preventative measures in this case. The bus company is of course responsible for safety issues, but the obligation also lies with the workers’ employer to ensure that the company it contracts with for bus services has met its required safety standards.

Workers are not the only ones affected by workplace safety issues. On 21 October, a powerful gas explosion on a commercial street in Shenyang city, Liaoning province, killed five residents and injured 47. Over 15,000 households in the nearby area were affected by the explosion, which originated from a restaurant in a mixed-use complex.

The photos and videos from the scene reveal the severity of the explosion and the extent of the damage, with building skeletons blasted bare and rubble littering the street. In addition to the building at the site of the explosion, almost 100 nearby buildings were damaged, and a public bus carrying passengers can be seen blasted down to its frame.

Explosions constitute a significant portion of workplace accidents in China. According to CLB data, compared to other types of accidents, explosions and fires usually involve far more casualties, cause more damage, and attract more scrutiny than smaller accidents. Almost 30 percent of explosions and about 20 percent of fires recorded on CLB’s Work Accident Map involve more than ten fatalities.

Investigations, fines, and even criminal charges are not enough to solve the hazards and dangers of work. The current reactive model to work safety once again proves to be insufficient as it focuses on determining the cause after the incident and punishing those responsible, rather than understanding and preventing root causes that put workers’ and citizens’ lives at risk on a daily basis.

Instead, daily awareness about preventing safety problems and relying on frontline workers’ own inspections regarding each company’s safety measures would create strong and targeted preventative measures.