On 11 October, a company bus carrying 51 commuting workers sank into flood waters while crossing a bridge in Shijiazhuang, Hebei province. The bus was transporting day shift workers to Jingye Group Co., Ltd, located 15 kilometers away from the accident scene in Pingshan county.

The area had been experiencing heavy rainfall for days on end in early October. On the morning of the incident, there was a weather warning about flooding from upstream. Video footage shot nearby shows that the water was above the level of the bridge. As the bus crossed the bridge, the water level caused the bus to overturn into the flooded river, which was about 7 metres deep. Some workers managed to climb to the top of the bus to safety, but a total of 14 workers were confirmed dead after over 31 hours’ rescue. Another 37 were injured, including the bus driver. 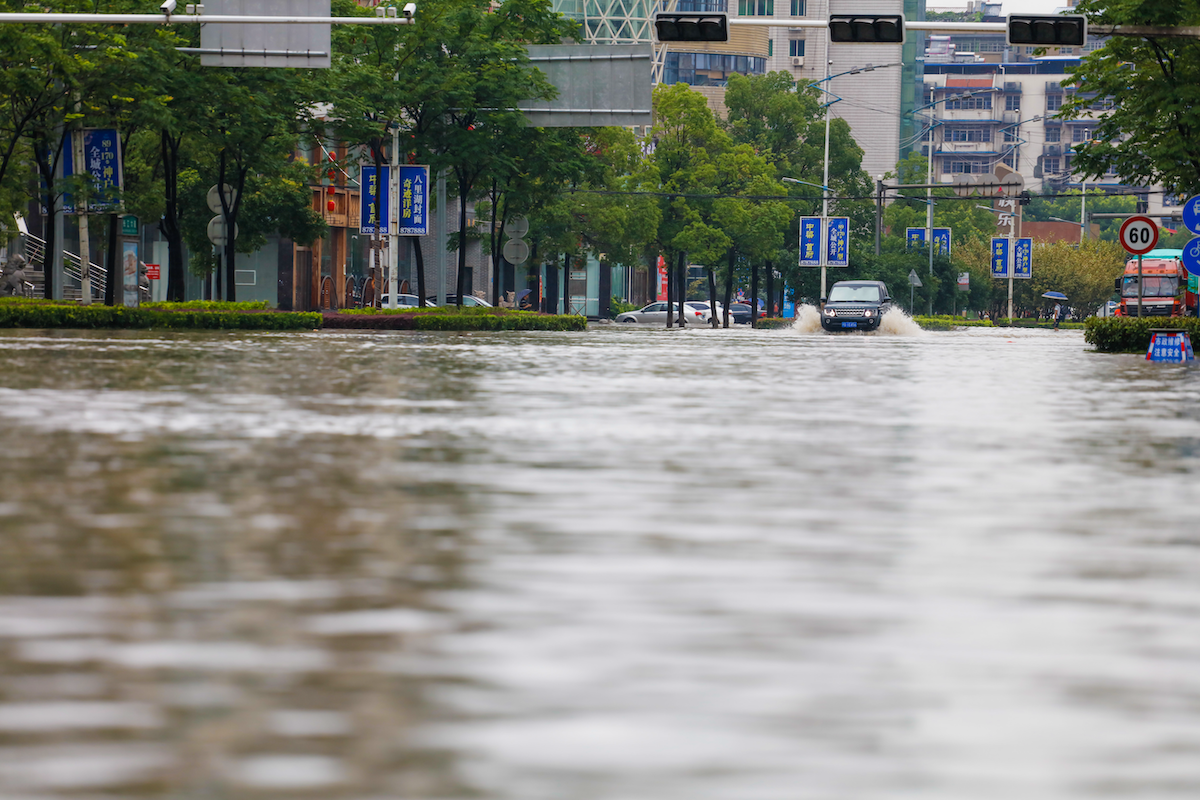 In addition to the weather conditions, the bridge was a temporary one built for use while a new bridge is under construction. The traffic authorities had been issuing traffic control on that specific route for days. In fact, a truck had sunk while crossing the bridge recently. On the morning of the incident involving the Jingye workers, a total of three company buses were on the same route. Traffic police warned them each before crossing the bridge, and two of three drivers stopped and turned back.

The buses were especially crowded on the day of the incident. Jingye Group had recently made the company buses free of charge for every staff member and reminded workers to be careful in the storms and flooding, encouraging use of the shuttle buses. Because of the increase in demand, the company rented additional buses. The third-party company, however, has a substandard record in its road traffic history, with over 95 violation records and at least 37 legal cases against it. The provincial department of transportation had listed it in 2017 as one of the top ten worst companies for violating traffic laws.

Jingye Group is a privately-owned manufacturing company in northern China specialising in steel. It acquired British Steel in 2020 and became listed in the Global Fortune 500 for the first time. Established in the 1990s and employing 31,000 workers, its revenue reached 224.4 billion yuan in 2020 and it contributed 3.9 billion in taxes.

The Ministry of Emergency Management (MEM) and the State Council intervened shortly after the incident and asked the Hebei provincial government to investigate to learn how to better prevent a similar situation from happening again. It is also required that transportation safety issues be emphasized during the seasonal flooding periods every autumn. In July 2021, Hebei MEM issued a safety tip document requiring that traffic restrictions be abided by and that no passenger or traffic should be allowed to pass flooded routes or bridges. But these directives and traffic warnings were not strong enough preventative measures.

As investigations are underway, it is not yet known whether the bus company used by Jingye Group had passed routine safety checks or whether the drivers had been trained on safety measures. Jingye Group has agreed to compensate the families of the deceased workers according to the law, but the deaths of these 14 workers could have been prevented. The bus company is of course responsible for detecting safety issues, providing safety training, and preparing for emergencies, but the obligation also lies with Jingye Group to ensure that the company it contracts with for bus services has met its required safety standards.

China Labour Bulletin suggests that to prevent companies from taking safety shortcuts and to prevent work-related incidents in transportation, frontline workers and trade unions should also be involved in supervision over the company and ensuring it has conducted safety measures in accordance with the law.