Myanmar workers and trade unions at the forefront of resistance

As the civil disobedience movement in Myanmar enters its second month, Kyaw Ye Lynn reports from the frontline in Yangon on the vital role ordinary workers and trade unions have been playing in the fight to defend their rights and restore democracy.

Moe Sandar Myint, president of the Federation of General Workers Myanmar (FGWM), has been in hiding since she helped organize more than 4,000 factory workers from Yangon’s Hlaing Thar Yar Township in one of the first major protests against the military coup on 6 February.

“I am not so stupid as to stay in my home. I know the rally was like a slap in the face for the junta. So, I have not been back home since the rally. I have been on the move from one place to another since then,” she said.

Speaking to China Labour Bulletin on 26 February, Moe Sandar Myint explained how police had raided the union headquarters in Hlaing Thar Yar Township the night before the planned protest in an attempt to intimidate the workers.

“They knew I was not there, so we reckon the raid was just designed to frighten us into silence. But it had the reverse effect. The raid just encouraged us to continue the fight for our rights,” she said. 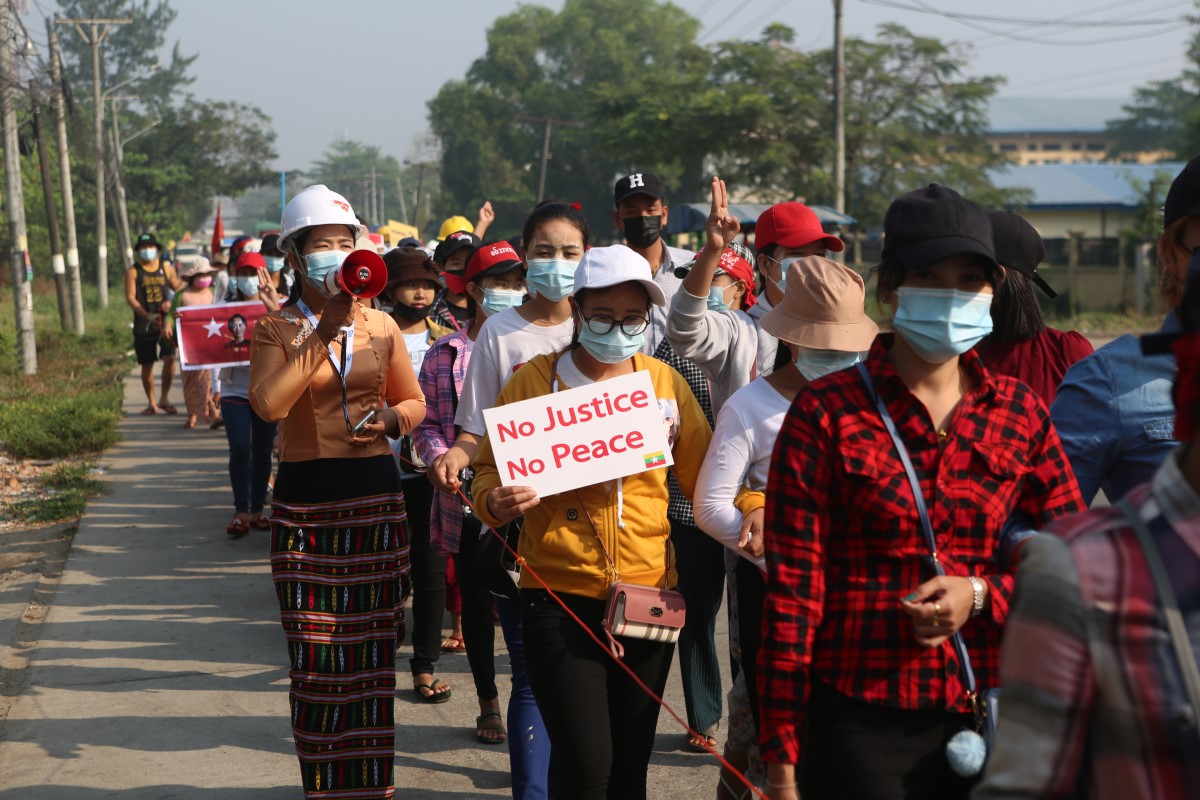 Since that midnight raid, the crackdown by the military and the police has only intensified. At least 35 protesters have reportedly been killed, and the military has ordered the arrest of dozens of opponents, including activists and worker leaders. Official statements listed 15 individuals, but leaked police documents put the figure at more than 500 people; garment workers, nurses, social influencers and political activists were all included in the massive sweep.

The 6 February rally was a crucial moment that galvanized the civil disobedience movement (CDM) and showed the immense power of worker organizing. Even white collar workers like Min Maung Maung, an employee in a local IT company who had never supported strike action before, said the rally inspired people to take to the streets in protest.

“In the first few days after the coup, there was no obvious response. We were waiting for someone who could lead us and denounce the military… It was inspiring to see that the garment workers took to the streets, potentially in the face of bullets and batons. That gave us courage to do the same,” he said.

Recognising the growing influence and importance of the trade unions in the CDM, the military last week outlawed 16 union organizations, a move ridiculed by Moe Sandar Myint. “It is ridiculous for an illegitimate junta to declare us an unlawful association. We will ignore their announcement and continue the fight,” she said.

There have been reports of factory management cooperating with the police, providing information about worker activists and union leaders and preventing workers from protesting. However, workers in many factories are resisting the pressure, not only in Yangon but in other industrial cities such as Bago, Pathein and Hpa-An.

Naung Naung Cho, a garment worker in Bogart Lingerie in Hlaing Thar Yar Township, said management there had initially pressured workers not to join the protests.

“The manager said workers would be dismissed if they were absent from work for more than three days in a row,” she said, echoing comments from other garment factory workers in the region.

However, the workers continued to demand the right to freedom of expression and freedom of assembly and staged a one-day strike on 19 February.

Bogart Lingerie finally bowed to the workers' pressure and signed an agreement with the trade union on 20 February that guaranteed workers would not be dismissed for taking unpaid leave.

Many garment workers in the township have gone without pay to keep the protests alive. Myo Win, for example, told CLB, “I have not worked at all since the coup. I am not sure if I would be paid even if I continued working in the factory. We might have no income right now but our supporters are providing plenty of food to the protesters.”

In addition, some landlords in Hlaing Thar Yar are helping workers by offering rent reductions or even letting them stay at hostels free of charge. 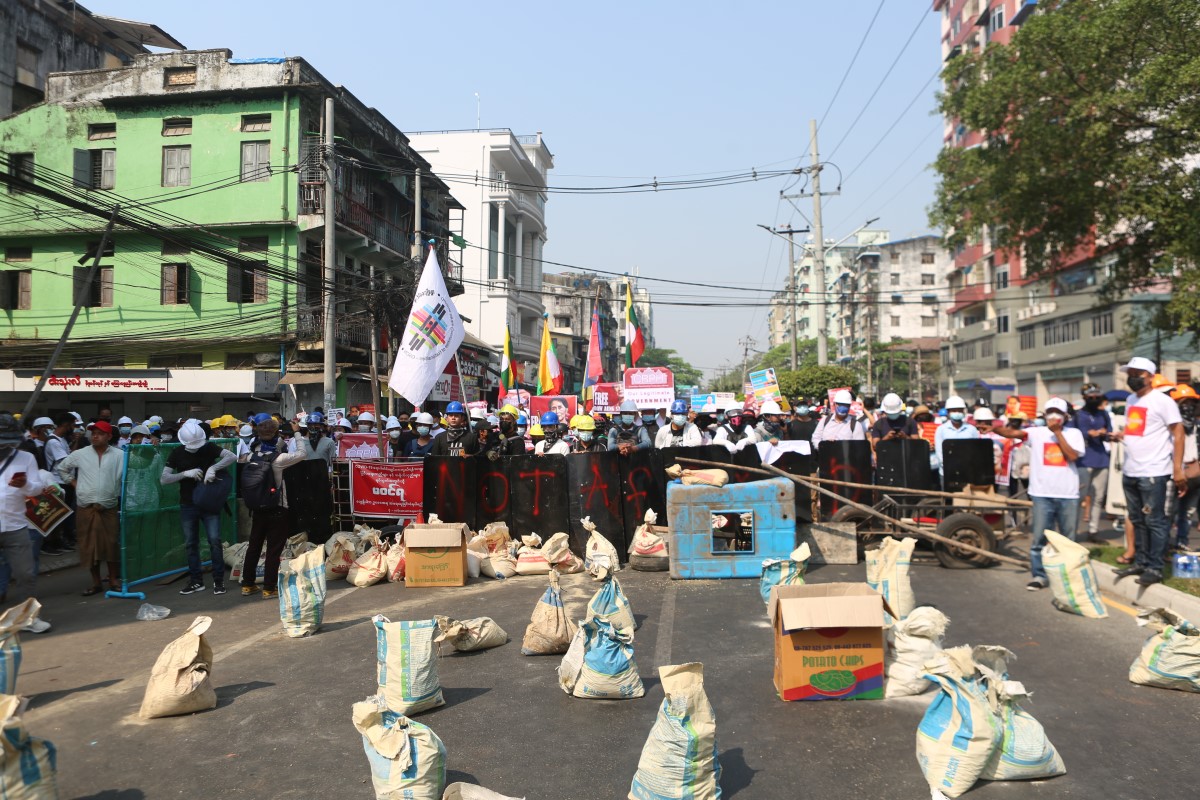 The broad-based support for the CDM led by ordinary workers and trade unions is a strong message to the international labour movement and the international brands who depend on garment workers that they must give their staunch support to the protesters and ensure democracy is restored in Myanmar once again.

Khaing Zar Aung, president of the Industrial Workers Federation of Myanmar (IWFM) and a member of the central executive committee of the Confederation of Trade Unions of Myanmar (CTUM) pointed out, “Workers know they will be the most suppressed layer of society under the junta. Even though the mechanism for reporting worker rights violations does not work very well, at least workers are less persecuted under the civilian rule. That’s why they are risking everything to take down the dictator.”