How have China’s trade unions responded to the coronavirus crisis? 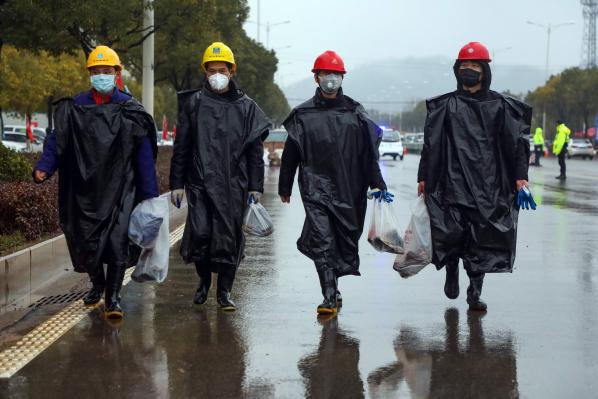 The global coronavirus pandemic has presented huge challenges to trade unions around the world. How has the All-China Federation of Trade Unions (ACFTU) measured up? What steps have local trade union officials taken to protect the health, economic interests and legal rights of workers in their districts? In February and March, CLB staff telephoned trade union officials in six Chinese cities to find out.

In many cases, the officials we talked to were only dimly aware of the problems faced by workers in their district and claimed there was little they could do anyway because their hands were tied by the local government.

For example, when sanitation workers in Beijing and Guangzhou desperately needed facemasks and other protective clothing, trade union officials just sent messages of support. When a sales representative at a shopping mall in Jinan was infected with Covid-19, local trade union officials failed to investigate or find out how other staff at the mall were being treated.

Subsequently, however, some unions, such as the Chongqing municipal federation, did roll out measures to better protect workers by setting up a tripartite negotiating framework that would not only discuss epidemic control measures but also help mitigate labour disputes resulting from the Covid-19 crisis.

Of course, much more could and should be done. CLB offered a series of recommendations to local and enterprise unions that in essence urged them to be much more proactive, ascertain workers’ needs, and negotiate with management and local governments to help create a safe working environment.

You can read the full report on our Chinese website and an English language summary here.

However, China’s workers are not waiting for the ACFTU to get its act together. They are already taking action through collective protests related to layoffs and wage arrears sustained in the wake of the Covid-19 crisis.

Our new Chinese-language newsletter (launched yesterday) examines 50 collective worker protests recorded on CLB’s Strike Map in March, more than of half of which were in China’s increasingly fragile service and transport sectors, and included protests by sanitation workers and medical professionals. Construction workers, including those who helped build emergency hospitals in Wuhan in early February, also staged protests over compensation. There were just six disputes in the manufacturing sector, but that number is expected to rise as European and American companies continue to cancel orders from Chinese factories and workers are laid off.

You can sign up for the new Chinese-language newsletter on our website here. In addition, we have published more English-language news articles and commentaries related to the Covid-19 crisis over the last month. See selection below: