Construction worker protests in China have hit record highs in the first half of this year, as projects under struggling property developers have left workers without pay.

Protests over unpaid wages in the construction sector continue to be the most prevalent and desperate form of worker unrest in China - and are more frequently met with violence - despite government pledges to put an end to the endemic problem.

Construction worker protests accounted for over 50 percent of all incidents recorded on China Labour Bulletin's Strike Map in the first half of 2022, matching levels seen only in 2018. Normally, between 30 to 40 percent of the incidents sampled by CLB in any given month are from this sector. 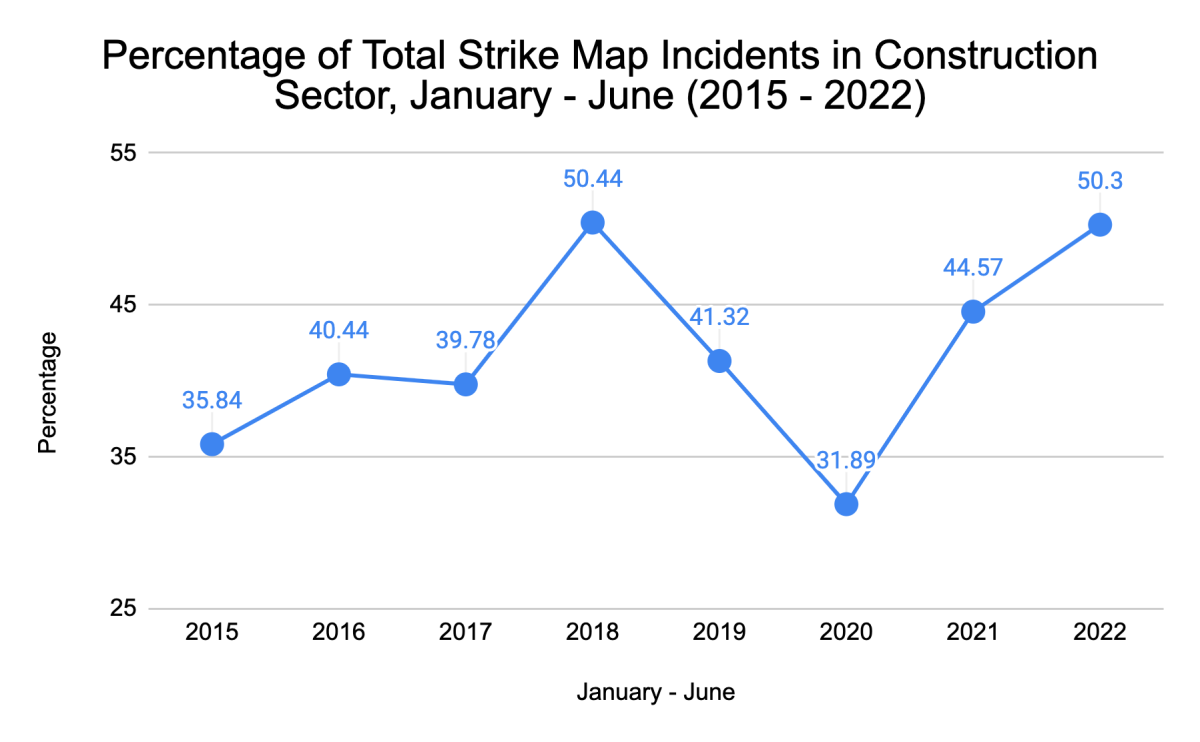 Data from CLB’s Workers' Calls-For-Help Map mirrored the large number of construction worker protests from the same period in the Strike Map, with 45 percent of the hundreds of calls for help hailing from workers in the construction industry. 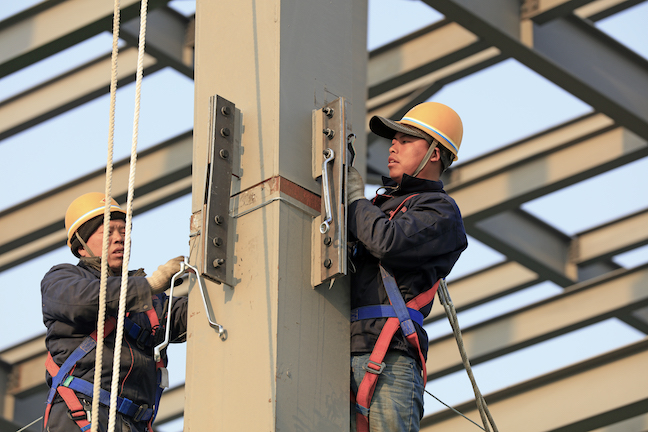 In a rare strike action, all the workers at an Evergrande project in Fuzhou, Fujian province, stopped working due to unpaid wages and social insurance contributions owed to the construction workers and property management staff. According to social media reports, the seaside residential project stopped payments to those working on the project late last year. The property owners were scheduled to receive their keys to the finished project on 30 June, but with a litany of unresolved issues, all work halted at the site and completion has been delayed.

Evergrande, China's second largest property developer, nearly sent the domestic economy into a tailspin last year, as the company missed payments on its enormous debt holdings to its creditors. Evergrande's crisis is but one part of the broader downturn in China's property sector since the onset of the pandemic in 2020.

Declining sales and mounting debt have led to a property slump, in an economy in which about 20 percent of gross domestic product comes from services and commodities generated by housing construction and sales.

Construction worker protests are often not the result of immediate economic stress, but are the result of abuses by companies months or even years before the protest breaks out; today's protests are likely aftershocks of earlier financial problems encountered by China's property developers. This suggests, further, that even if the property sector makes a slow recovery, large numbers of construction protests may continue to rise to the surface for months or years to come.

Workers hailing from Sichuan protested in late June at a government building in Qufu, Shandong province, demanding 2 million yuan owed to more than 40 migrant workers. These wages have been owed to them since the Lunar New Year in 2021. The workers said that because of the unpaid wages, they were unable to send money home to their families in Sichuan, and some of their children were unable to attend school.

In May 2022, the workers hired a lawyer and attempted to sue the offending company, Shandong Ruima Construction and Engineering. Workers held a small demonstration in front of the sales office of the upscale housing development that they had built and took to social media in hopes that media outlets might bring more attention to their legal case.

In their plea, workers said they had gone to work in Qufu, the home of Confucius, "because we believed that in Confucius’ hometown, the government would be harmonious, and the people simple and honest. Here, they could not possibly owe back pay to workers. But we are shocked by the reality we've found."

The high number of construction worker protests are also a damning assessment of decades without adequate enforcement of clear legislation requiring employers to pay workers in full and on time. In addition, repeated policies aim at ending endemic wage arrears in the construction industry, specifically. In 2017, China's State Council pledged to end wage arrears by 2020, with an eye toward the endemic problem of back pay in the construction sector. That goal was not achieved in 2020 and is even further from realisation today.

China’s official trade union has identified construction workers as a sector in need of union representation, including a focus on migrant workers in the industry. In CLB’s investigations of dozens of cases of how local unions have responded to construction workers seeking wages in arrears and compensation for workplace injuries, the union’s track record is mixed, sometimes turning workers away and sometimes providing legal aid.

However, the union can do more to represent workers before legal action is needed. In a case promoted by a local union in Rizhao, Shandong province, as a positive example of mediating a claim for wages after a strike in January 2022, over 60 migrant construction workers were paid over 2 million yuan they were collectively owed. Because of the union’s intervention, the workers received their wages in time to celebrate the Lunar New Year with their families back home. The union noted that slow legal channels and such a large group of workers made mediation with the company an ideal route to dispute resolution.

In fact, this example shows that workers do not need new laws and regulations from the government, nor empty pledges from the union to solve their problems. Construction workers across the country are perfectly capable of defending their own interests, if only given the chance for their voices to be heard. And a functioning trade union - ideally one in which workers can elect their own representatives and hold bosses accountable - is the answer to solving China's chronic problem of unpaid wages in the construction industry.