For each day migrant worker Yu Jianquan worked on the construction of the 107 National Highway in Xinyang, Henan province, he was promised a sum of 320 yuan. When he received his final payment, he found he’d been shorted 760 yuan, or twenty yuan per day. His paycheque is a casualty of a multi-tier system of subcontracting prevalent in the construction industry in China.

Yu tried the city’s hotline but received no help. He’d never joined a trade union or thought about contacting one. He’d moved on to working on a high-speed rail project in Chengdu, and so posting a call for help on social media was the only recourse he thought he had. 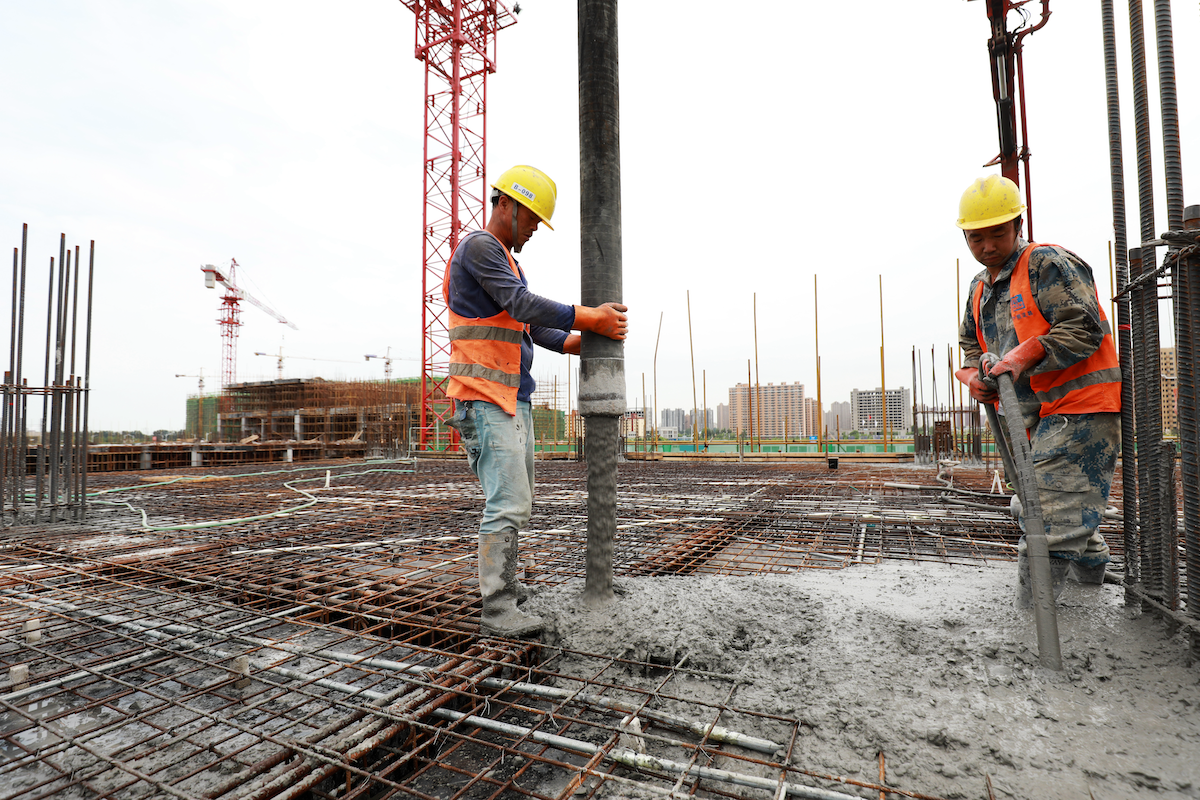 When CLB asked Yu about the subcontracting relationship between companies, he said that he wasn’t sure who his boss was. He was certain, however, that Wu Guodong, the boss he dealt with most, wasn’t qualified to win the tender.

The construction industry is not lacking in regulations, but Yu’s experience is common to all those who work in it. Workers like Yu often lose out in the layers of deals between the tender winners, who Yu refers to as the “big bosses,” and those that actually manage the sites, or the “little bosses.”

CLB spoke to another migrant worker who also posted a call for help online. Yang Fazhang was a carpenter working on a government-funded shanty town renovation project in Panzhou, Guizhou province. He is owed more than 60,000 yuan for a year’s work, starting in October 2019. He had not signed a contract, but had an oral promise that he’d be paid.

Born in 1965, Yang had attended two years of school but forgotten how to read. Still, he filed a lawsuit that the court rejected on the grounds that it was not an issue on which the court could rule and signed a document he couldn’t read. He then went to the labour arbitration commission, which also refused his case.

When CLB called the local trade union for the city of Liupanshui about Yang’s case, the representative took down the case details and got in contact with the Panzhou district trade union, which in turn contacted Yang.

China’s trade unions should take a more proactive approach in safeguarding workers’ rights, especially because workers like Yang waste valuable time and effort fighting for what is rightfully theirs in the first place.

Defending workers’ rights can also be a dangerous endeavour.

On 13 September, Xue Weixing, a long-time lawyer for migrant workers, was shot to death in broad daylight for his work representing workers in four subcontracting disputes related to construction projects. The workers were not paid for their labour, and lawyer Xue helped them pursue the responsible parties. The murder suspect, surnamed Lei, was a defendant in these cases. Over his career, lawyer Xue had helped workers recover tens of thousands of yuan in unpaid wages.

Even getting to the stage of filing a legal case requires time and resources that many workers simply don’t have. Neither of the construction workers CLB spoke to had signed a contract nor joined a trade union. Their labour relations with their employers are difficult to establish, which is a major barrier for any legal recourse when their wages go unpaid. Rather than intervening only after workers have been cheated, trade unions should step up at an earlier stage so that workers know who to turn to when they face bosses who don’t pay up.