In 2018, China’s construction industry accounted for by far the largest proportion (45 percent) of all collective worker protests recorded on China Labour Bulletin’s Strike Map. Nearly all of these disputes were related to the non-payment of wages.

Construction workers were also involved in the highest number of accidents (26 percent) recorded on CLB’s Work Accident Map in 2018. This finding was backed up by China’s Ministry of Emergency Management (MEM) which noted last year that the construction sector had been the most dangerous industry in China for the last nine years, and that accident and death rates had actually gone up in the first half of 2018. The majority of accidents, the MEM said, were related to some kind of mechanical or structural failure and could have been avoided if proper safety procedures had been in place. 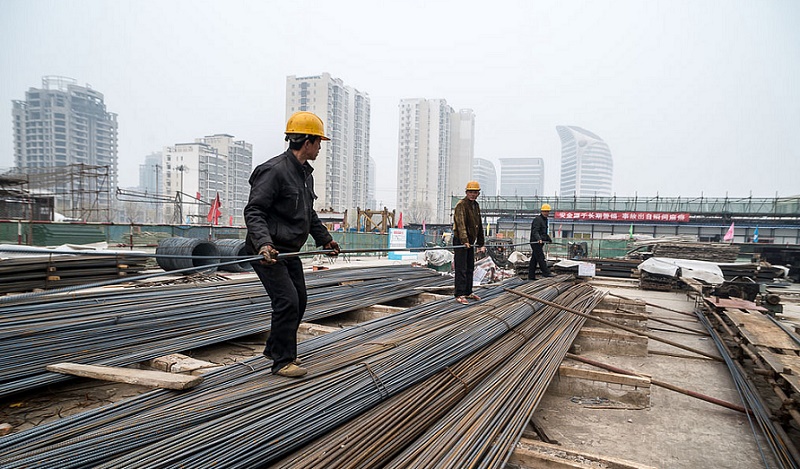 For decades now, China’s construction workers have been systematically denied their basic labour rights (to be paid in full and on time, to sign a labour contract and receive social insurance), and, as the MEM noted, health and safety issues have been routinely compromised by the industry’s chaotic sub-contracting system and the lack of proper training and safety equipment on construction sites.

Many observers have blamed this dire situation on the lack of law enforcement, exploitative bosses and uncaring government officials, or even the workers themselves for not knowing their rights, but so far no one has come up with a viable solution or an effective way out.

A new report on the construction industry, published by CLB today (in Chinese) offers a new perspective on these deeply ingrained problems and suggests that the best way forward is through the creation of a sectoral trade union that can guarantee decent pay and working conditions through collective bargaining with representatives of China’s construction industry, which is nowadays dominated by private capital.

The report argues that union officials should get out of their offices, go to the construction sites in their district, and recruit every single worker so that they can effectively represent every one of the different trades involved in the industry including plumbers, electricians, plasterers, scaffolders, and general labourers. The union will then have a mandate to negotiate an annual collective agreement with the employers’ association that will specify wages and benefits for all professions, levels of experience and expertise, etc.

This collective agreement will ensure that all workers are fully insured before setting foot on the construction site, and allow workers to be directly involved in the supervision and maintenance of health and safety issues at their workplace. The agreement will clearly state the measures to be taken in the event of an accident or death, thereby eliminating the need for workers to spend huge amounts of time and money on claiming compensation.

Communist Party General Secretary, Xi Jinping, has repeatedly demanded that the All-China Federation of Trade Unions take bolder steps to defend the legitimate rights of workers, and the report suggests that the best place to begin this process is in the industry with the most pressing needs.

The report, 建筑行业工会归位: 我国建筑行业40年之“法外运行”及其出路 (Resetting the Construction Workers’ Union), comprises an industry overview, an examination of the subcontracting system and labour relations, and an analysis of the various illegal practices in the industry and how they impact ordinary workers. It concludes with a call to move the industry away from rampant and routine violations of labour law by focusing on trade union reform and returning the union to its legitimate owners - China’s construction workers.

建筑行业工会归位: 我国建筑行业40年之“法外运行”及其出路 is available as a downloadable PDF. For this and other research reports in Chinese and English, please visit the research report section on the website.