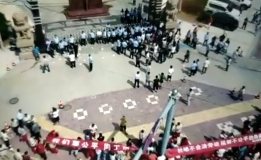 Yihao Jiaju, which also had more than 300 stores in 69 cities across China, closed down at about the same time as Apple Interior Design. In the central city of Wuhan, it was reported that Yihao Jiaju owed its customers more than 10 million yuan, its suppliers more than 200 million yuan and the workers more than three million in wage arrears.

Employees stated that their wage arrears dated back to the end of 2017 and alleged that the closure of Yihao Jiaju was directly related to the speculative business practices of company executives. The CEO had reportedly funnelled money from Yihao Jiaju into a high-risk investment company which had ultimately failed.