Labour activist Meng Han walked out of a Guangzhou detention centre a free man yesterday after serving a nine month sentence for “assembling a crowd to disrupt public order.”

Meng was one of 12 security guards at the Guangzhou Chinese Medicine University Auxiliary Hospital who were arrested in August 2013 after staging a rooftop demonstration in protest at the hospital’s refusal to discuss the workers’ long-standing grievances over employment contracts and social insurance.

The 12 security guards were sentenced to various prison terms in a trial last month. Meng and his two co-workers workers, Zheng Jianfeng and Zhong Rujiao, were given the longest sentences. Zheng and Zhong were also released on Sunday, and the three men were greeted as heroes by a group of nearly 40 friends and supporters at the Baiyun District Detention Centre (see photo below) 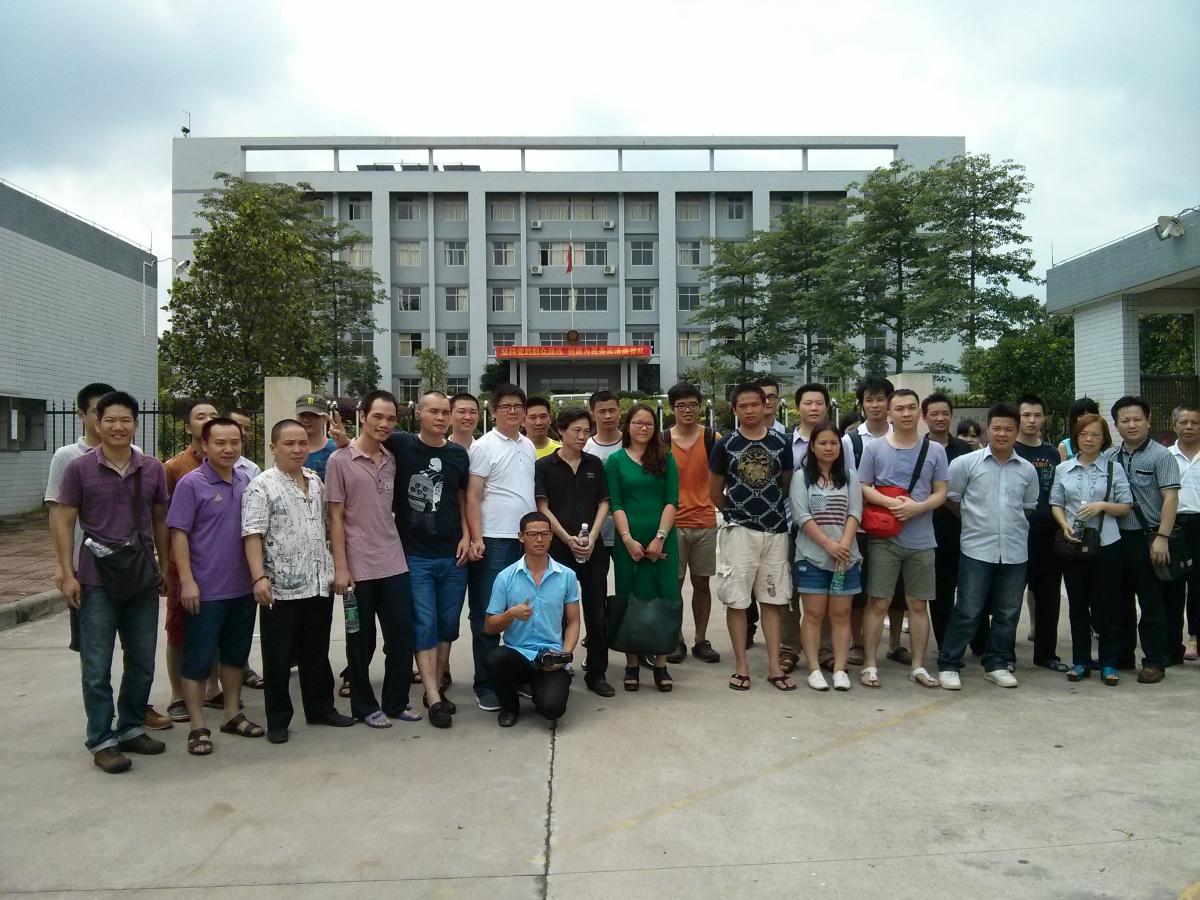 Meng, a slimly-built 50-year-old man from the inland province of Hubei, vowed to appeal his wrongful conviction and sentence and to devote the rest of his life to helping the underprivileged in China.

I will continue to stand up for workers’ rights. The government has to stop abusing the power of the state against workers. I am prepared and ready to make sacrifices on this journey.

Meng is a natural leader who soon became known as “Teacher Meng” among the other inmates in the Guangzhou detention centre. And he plans to utilise his leadership skills to get his former employer to address the outstanding problems at the hospital:

The dispute has not been resolved. I still uphold the principle of openness and transparency, and more importantly, fair dialogue on an equal footing. We should continue our efforts to bring the hospital management to the negotiating table. If all of those who are present today still have faith in me, I am willing to continue to be your representative and fight till the very end.

Meng’s colleague, Zheng Jianfeng, a 22-year-old former soldier, also vowed to continue the fight: “I think the hospital was exploiting us, and this is something I can’t accept. I have an obligation to fight back and I will definitely appeal the sentence.

After their release, the workers paid special tribute to their families who had endured tremendous hardship while they were in jail: “I would like to thank our families, because they went through as much as we did, sometimes even more. I will never be able to say ‘thank you’ enough to my wife, I owe her so much,” Meng said, his eyes filling with tears.