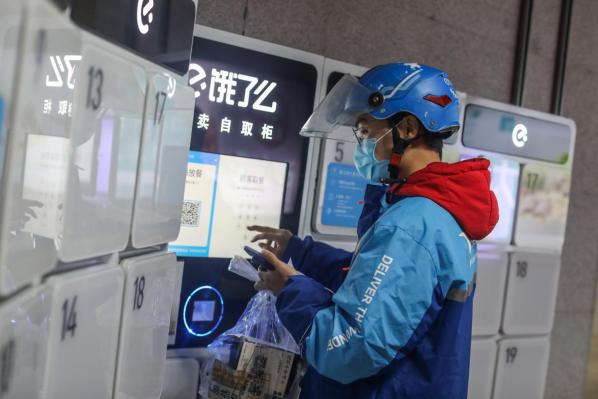 China’s best-known food delivery worker activist, Chen Guojiang, was detained on 25 February and has been held at Beijing’s Chaoyang district detention centre since.

In mid-March, his family was formally notified that Chen is accused of “picking quarrels and provoking trouble” (寻衅滋事), the catch-all charge used by the authorities to crack down on activists. He was formally arrested on 2 April, according to the latest media reports.

Known as “Leader of the Drivers’ Alliance” (外送骑士联盟盟主), Chen posted videos calling out the major food delivery platforms for oppressing workers and violating laws and regulations. He also pointed the finger at government departments for passing the buck on regulating the gig economy. Chen has an extensive network of supporters, as evidenced by the fact that his family raised 120,000 yuan within ten hours after an online appeal for legal assistance.

Chen is the latest in a long line of labour activists who have been detained over the last decade simply because of their efforts to defend workers’ rights. In essence, these activists have been doing the job of the official trade union, which has long been absent from the frontlines of worker activism.

This absence was further highlighted at China’s annual legislative gathering in Beijing last month. During a discussion on China’s notorious “996 work culture,” Chinese People’s Political Consultative Conference delegate Li Guohua called for working hours to be more effectively regulated and singled out the All-China Federation of Trade Unions (ACFTU) for its failure to protect workers’ rights and interests.

See our latest Chinese-language newsletter for more information on how the ACFTU is matching up to long-standing promises to reform and better represent workers.

Excessive working hours are most commonly associated with white collar workers in the tech sector, but the problem affects tens of millions of service sector and factory employees as well. Last month, CLB talked to a worker in China’s booming semiconductor industry about the pay and working conditions employees there have to endure.

Workers had punishing schedules, he said, working 12 hours a day in isolation. Day shift workers clock in at 7:45 am and take their first break at 11 am. After an hour for lunch, they work from 12 pm to 8 pm. “The machine spins all day and workers must guarantee that chips have no defects and that the machine does not stop even for a moment,” he said.

In Myanmar, more than two months after the military coup, workers and trade unions continue to be at the forefront of the resistance against both the military junta and factory bosses seeking to dismiss workers for participating in the civil disobedience movement.

On 14 March, the military launched a full-scale assault on protesters and residents in Hlaing Tharyar Township, the centre of Yangon’s garment industry. At least 71 people died, the majority in Hlaing Tharyar and nearby townships, in what was, at the time, the bloodiest day in the junta’s crackdown.

For Chinese speakers, we have a new podcast, 国际摸鱼联盟 Work in Progress‬, which covers a range of topical issues including the ongoing struggle in Myanmar. The most recent episode gave listeners an introduction to CLB’s Strike Map. Find it on Apple Podcasts and SoundCloud.