When We Were Smart: Reflections on factory town culture in China

In the late 2000s, a new cultural phenomenon emerged in the factory towns of China. Young migrant workers, predominantly teenagers from impoverished villages in the southwest, found themselves alone in an unfamiliar environment. Many were drawn into distinct communities made visible by outrageous, colourful costumes and hairstyles. They called themselves “Shamate”(杀马特), a transliteration of “Smart.” When this subculture of rural migrant workers became more widely known on social media, it was ridiculed as being crude and clownish. Further, online Smart communities were infiltrated and attacked, leading to disintegration of the Smart subculture altogether. As new trends emerged, life in the factory towns also changed, and the Smart Kids grew older and moved on. 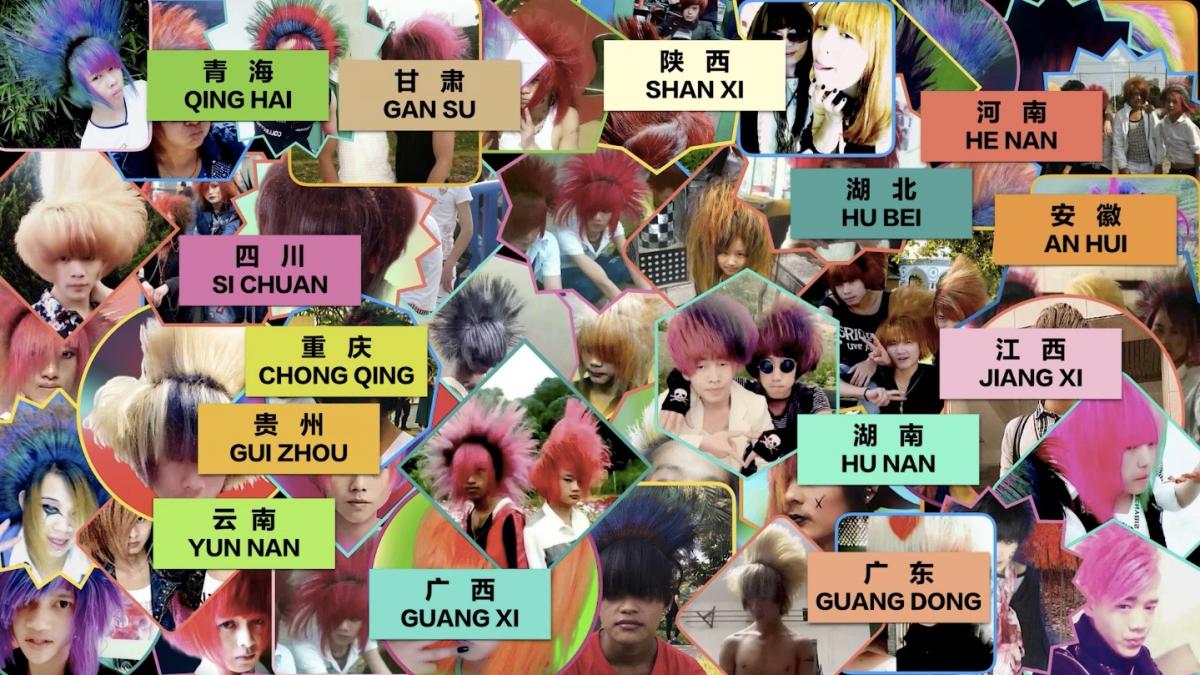 Last year, however, the Smart Kids returned to the spotlight in a documentary entitled We Were Smart (杀马特, 我爱你), directed by Li Yifan. Li interviewed about 80 Smart Kids and edited hundreds of film clips of life on the factory production line shot by the workers themselves on their phones. The documentary not only shines a light on a particular urban subculture, it reveals the numbing and abusive nature of factory work at the time: performing the same task, thousands of times a day during a 12-hour shift, exposed to toxic chemicals and dangerously antiquated machinery.

Because many of the Smart Kids were under 16 years of age when they left home, they could only find work in unregulated workshops in smaller towns and cities, like the township of Shipai in Dongguan, whose roller disco and public park became important centres of Smart culture. Most of the Smart Kids were left-behind children, the sons and daughters of China’s first generation of migrant workers. Creating colourful new hairstyles became a way for them to create an identity as part of the Smart tribe and gave them courage to face a hostile world.

Smart Kids quickly understood the reality of factory life and rejected it as meaningless. As one said; “Even if I work in the factory for a dozen years, I will still be an ordinary worker without any prospects.” Wages were so low that they could never save enough to start a small business in the city, something that had been the dream of their parents when they first left their villages in search of work. Smart Kids sometimes refused work entirely if the employer demanded they cut their hair. Their hair, the primary symbol of their Smart identity, was more important than earning a meagre wage for an exploitative boss. Sometimes Smart Kids would even take collective action against their employers, standing up to the boss if one of their tribe was owed wages in arrears.

For the director, Li Yifan, areas like Shipai are ghettos within the city, completely cut off from the rest of urban life. Within these ghettos, Li said, Smart Kids could use their hair as a means of protest against the mainstream. “The force of your protest is directly related to the repression that you face,” Li explained.

The two-hour documentary, Li said, is not an objective analysis of the Smart phenomenon, but rather is a personal history, filmed and told by the workers themselves - second generation migrant workers from poor rural areas who have now progressed to adulthood but still crave the security and shared identity that being Smart gave them.

The documentary has struck a chord with many viewers in China because, by rejecting the idea that hard work in a dead end job is the key social advancement, the Smart Kids were ahead of their time. On the surface, China’s economy and employment market are very different from a decade ago. Many of the sweatshops the Smart Kids worked in have closed down and the factory towns have become residential and commercial centres. There has been a boom in service sector employment, but most of the jobs created are low-paid, demanding and hazardous - essentially no different from factory work in the 2000s.

The recent deaths of employees at e-commerce giant Pinduoduo reignited the debate over excessive work pressure that emerged in China two years ago with protests over the 996 work culture of the major tech companies who demanded employees work 12 hours per day for six days a week.  Even though these white collar workers are more educated and earn much higher incomes than the Smart Kids did, they are still basically wage slaves with no chance of social advancement, and can be discarded by their employers as soon as their performance level drops.

In another parallel, the 996 campaign was similar to Smart in that it was a highly visible protest against prevailing work culture that ultimately failed to effect any lasting change. Opting out of the rat race will only have a limited impact because others will just take your place. For real change to occur, it will require a concerted and united effort from both white- and blue-collar workers to stand up against abusive management practices and demand decent pay for decent work. Of course, workers will need the support of the trade union in their fight, but so far, in China at least, the union has yet to step up to the role.

Following a recent screening of We Were Smart, CLB held an online discussion with Li Yifan about his documentary and the issues it raises. A transcript of the interview is available here on CLB’s Chinese-language website.