Wage growth for China’s lowest-paid workers continued to slow in the first half of this year with less than a third of the 32 regions with the authority to set their own minimum wage levels announcing an increase.

According the official Chinese media, 14 provinces and municipalities had increased the minimum wage as of 1 July 2015, the most significant region being Guangdong, where a 19 percent increase on average went into effect on 1 May.  However Guangdong’s increase came a full two years after its previous increase in 2013. Photo below shows a recruitment poster for a Guangzhou restaurant where cleaners can earn around 2,500 yuan per month. 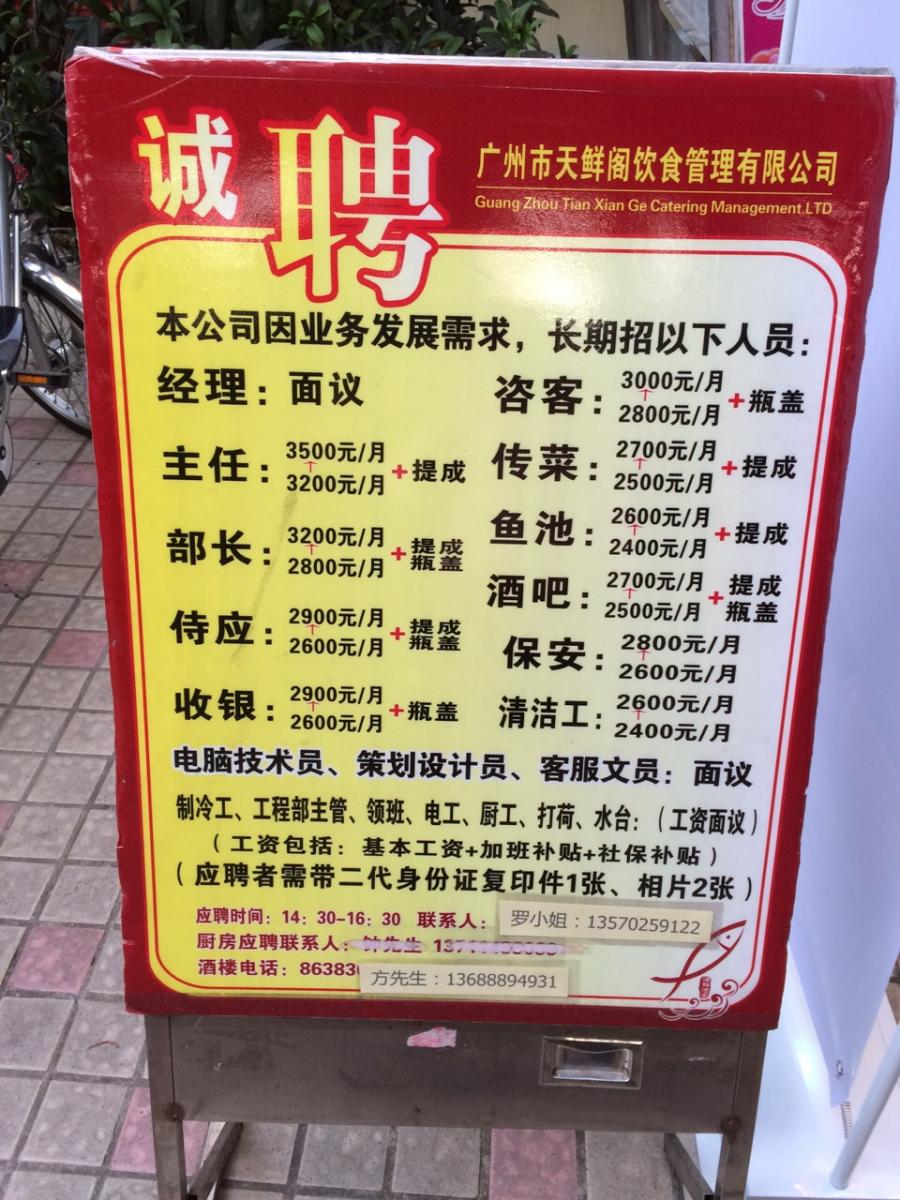 In China’s less developed regions, however, minimum wage levels are considerably lower. In Changsha, the provincial capital of Hunan, for example, the minimum wage is still just 1,390 yuan per month, even after a 9.9 percent increase in January.

Although inflation has been at a very low level in China for well over a year now, this year’s increases still fall a long way short of providing workers with a living wage. The vast majority of workers on the minimum wage have to rely on overtime, bonuses and subsidies just to get by.

In addition, the few minimum wage increases announced this year will do little to close the widening gap between China’s lowest-paid workers and those earning the average wage which, according to official statistics, continues to rise steadily. At the end of 2013, the average wage for Shanghai’s private sector workers was about 7,575 yuan per month, nearly four times the current minimum wage in the city.

The one positive development is that with the transfer of a lot of low-cost, labour intensive manufacturing to smaller Asian countries such Bangladesh, Vietnam and Cambodia, there should be fewer Chinese workers earning the minimum wage or just above, however there does not appear to be any definitive data that could verify this trend.