Under extraordinary pandemic conditions, local governments continue to side with employers

China’s lowest-paid workers are taking the brunt of the pandemic economy, with sporadic lockdowns, high unemployment rates, and stagnant wages.

Early this month one citizen in Yunnan province wrote to the local government, suggesting the authorities increase the minimum wage and offering rationale for doing so. In a message on the Yunnan provincial secretary's message board on 3 July, the unnamed citizen wrote:

Dear leaders! So far this year, most provinces, autonomous regions and municipalities across the country have adjusted their minimum wage standards, but the current standards in Yunnan province have remained the same for more than four years, since 2018. According to relevant regulations, the minimum wage standards should be adjusted every two years. Now in Yunnan province, the minimum wage standard and the income of workers are [among] the lowest in the country. In order to narrow regional income inequalities, to help businesses in the difficulty of hiring, to prevent talented people from leaving [Yunnan], and to increase the income of workers and reduce the burden on families, I suggest Yunnan's minimum wage be raised. Thank you.

China’s most vulnerable workers have actually seen a drop in their wages. One statistician from China’s National Bureau of Statistics (NBS) stated that 181 million migrant workers travelled outside their hometowns to work in the second quarter of this year, with an average income of 4,362 yuan per month. This amount stands below the figure for the same period in 2021: 5,103 yuan per month. 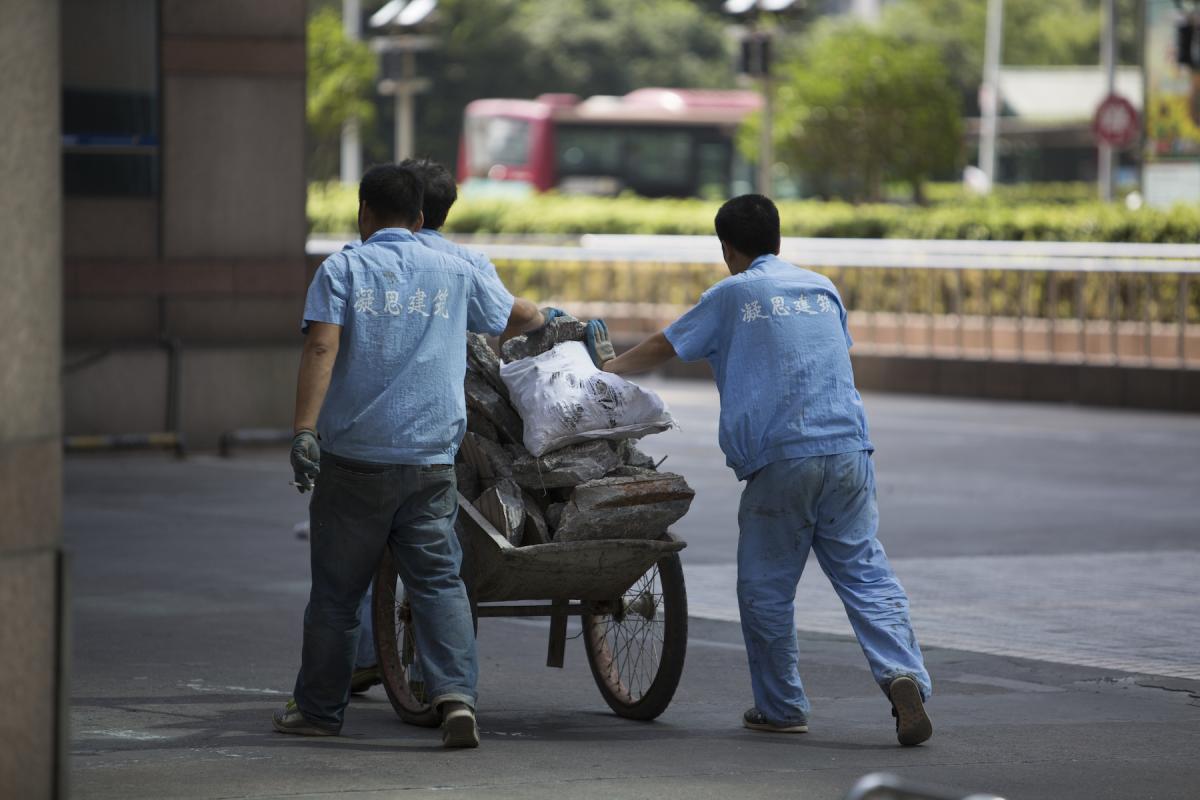 Additional data released this month from the NBS provides key economic indicators for the first half of the year. Youth unemployment hit record highs in the month of June. Approximately one in five young people between the ages of 16 and 24 were without a job.

In the early days of the pandemic, China's premier, Li Keqiang, noted that some 600 million citizens live on an income of just 1,000 yuan per month. He stressed that these citizens would need help and protection throughout the pandemic.

The outlook more than two years on has not improved. In fact, many of China’s local governments, including in major cities like Beijing and Shanghai, are choosing to support businesses over workers by delaying minimum wage hikes for the country’s lowest-paid employees.

Last week, Beijing decided against increasing the city’s minimum wage levels after a study of economic conditions by the Beijing Ministry of Human Resources and Social Security (MOHRSS):

Taking into account the impact of the Covid-19 epidemic on the economy and society, and after a joint tripartite study of labour relations in Beijing, the minimum wage standard in Beijing in 2022 will not be adjusted.

The capital city’s minimum wage will remain at 2,320 yuan per month for full-time work, and 25.3 yuan for hourly employment.

Shanghai also decided at the end of June against changing its minimum wage levels. Workers in Shanghai have suffered under months of lockdowns that sent unemployment figures skyrocketing to 12.5 percent in the second quarter of this year, according to official figures, while the city’s GDP shrank by 13.7 percent.

Many workers are desperate for any employment and wages. A brief search on job sites will return results for jobs with wages advertised at as low as 1,000 yuan per month for skilled employment, including college degrees. A job ad recently spotted in Beijing openly advertised an hourly wage of 24 yuan, below the minimum hourly wage of 25.3 yuan. 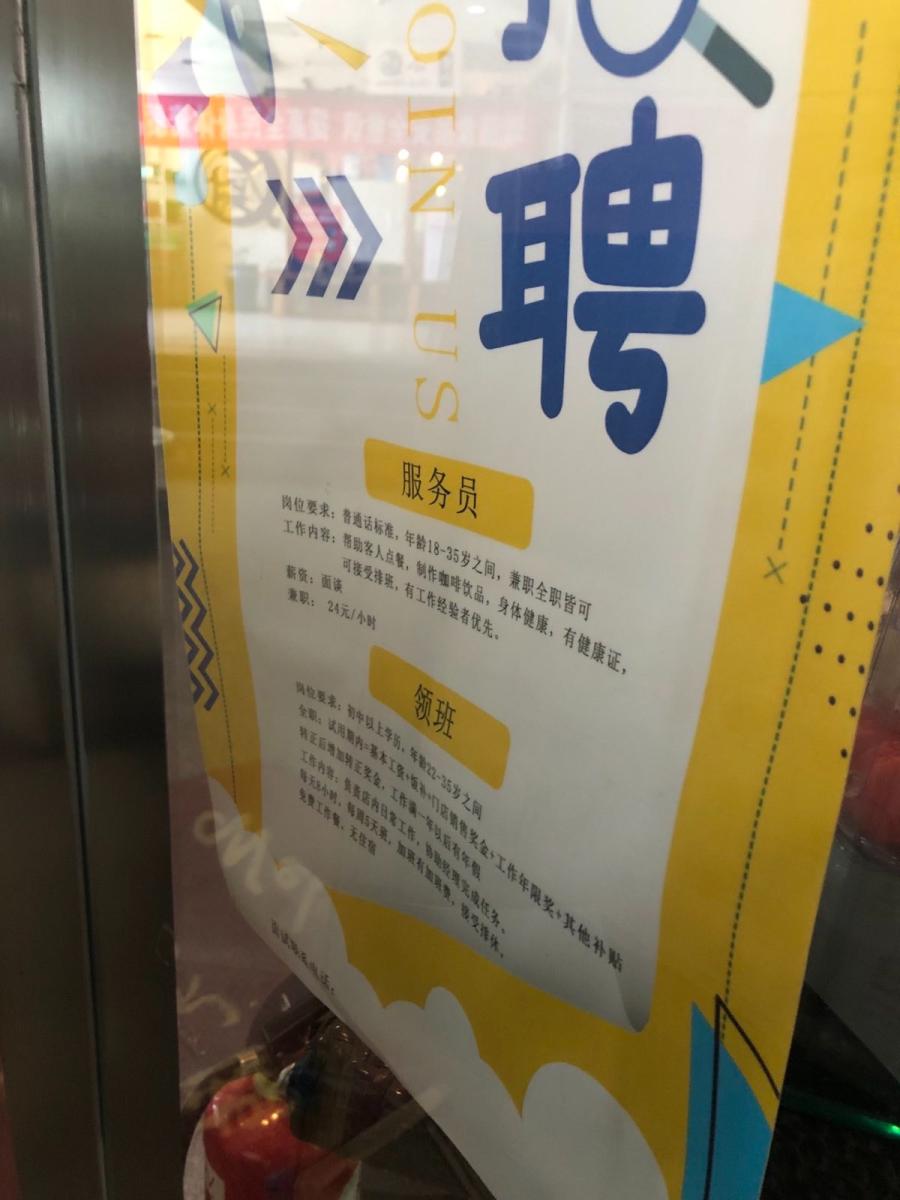 A job ad spotted in July 2022 in Beijing for a service industry position displays an hourly wage below the legal minimum. Source: CLB contributor.

As the anonymous citizen in Yunnan pointed out in his post to the government, according to China’s 2004 Minimum Wage Regulations, local governments should increase minimum wages at least once every two years, but in practice, this has been stretched to three or four years in many provinces. 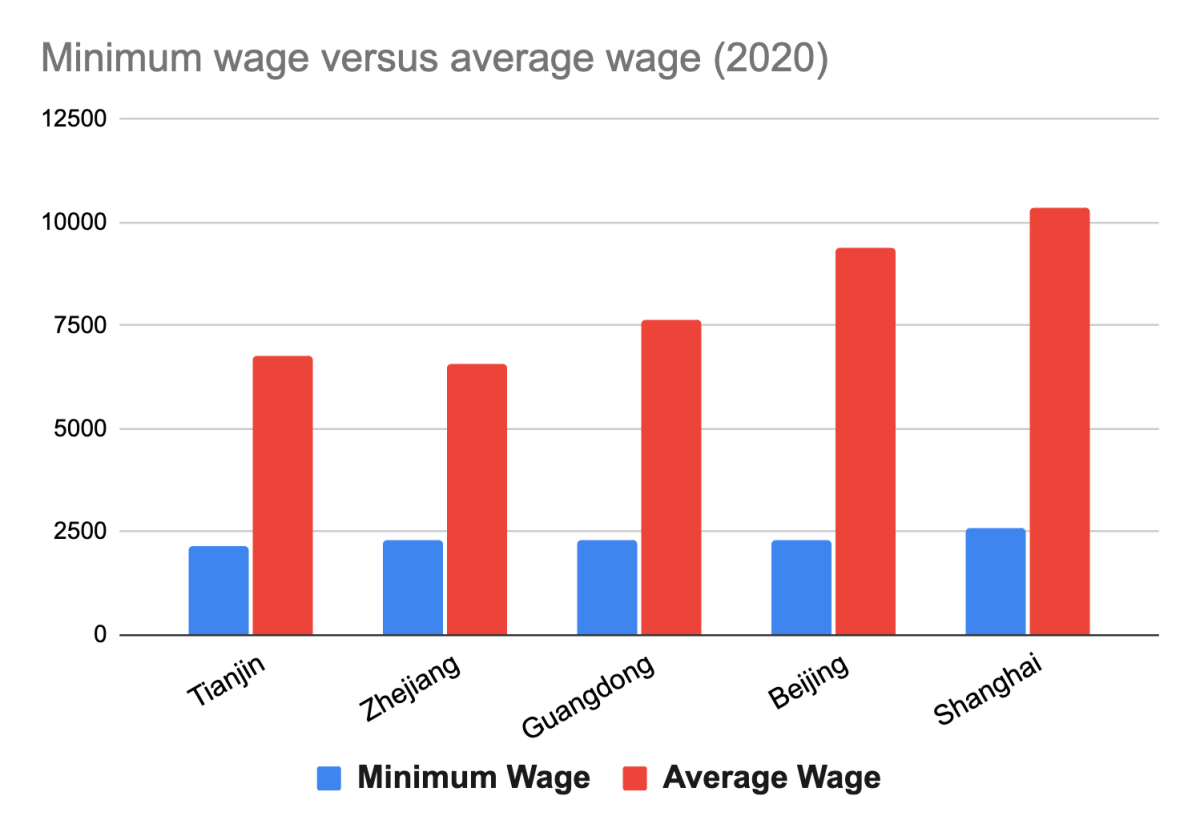 Just five days after the Yunnan citizen posted their appeal, an official reply came from the Yunnan provincial MOHRSS that clearly spells out the government’s priority of supporting business:

The provincial party committee and the provincial government attach great importance to the adjustment of the minimum wage standard. Our department began the [process] from the second half of 2021. After extensive research, scientific calculation, and in-depth study, we formulated a minimum wage adjustment plan based on the actual situation of our province. However, in view of the fact that since the end of last year, the province's economy has been greatly affected by the Covid-19 epidemic, the downward pressure on the economy has continued to increase. Small enterprises are generally facing difficulties in production and operation, and the province is under great pressure to protect employment and market players. After a prudent assessment, we have suspended the adjustment of the minimum wage standard.

Thank you for your support and understanding of the work of human resources and social security in our province, and we wish you good health and a happy life!