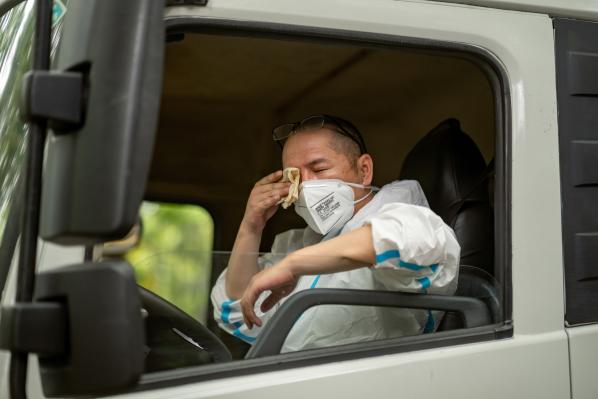 China Labour Bulletin’s mapping data collected in November 2022 shows that workers in the transportation industry, from truck drivers to ride-hailing drivers and taxi drivers, are taking collective action and striking over reduced pay rates resulting directly from price-cutting measures designed to increase market competition among platform companies in the industry.

Manufacturing workers at Foxconn in Zhengzhou protest pay, lack of health and safety measures.
Starting on 23 November, workers began protesting because they were dissatisfied with remuneration that did not meet promises made upon hiring, as well as with health and safety risks under the Zero Covid closed-loop management system that put the factory in lockdown to maintain production during a wider local outbreak of Covid-19. Management eventually made some concessions, including offering subsidies for workers wishing to leave the factory. These protests follow on from another major incident at the same plant in late October, in which Foxconn workers raised health and safety issues on the production line, and after their calls went unheeded, many fled the factory on foot. These two incidents are related: conditions within the factory did not meaningfully change between the initial exodus and the later protests by the new wave of workers. Read CLB’s analysis of this major labour crisis during peak production season:

China’s annual shopping season burdens various kinds of platform economy workers.
A major labour topic every November is the effect on workers of the annual Singles’ Day shopping holiday season in which e-commerce giants try to boost their sales revenues. This year, CLB published articles on two different kinds of workers. Typically, CLB focuses on package couriers who are especially overworked during this time, and this year is no exception. In one article, we examine how little has changed for workers who were promised better pay and conditions by the major companies and through industry regulations put forward in 2021. In addition to couriers, we highlighted in a second article other types of vulnerable platform workers who are often overlooked, through the lens of livestream hosts who promote goods and discounts to consumers. Read both of these articles through the links below:

Major workplace accident took the lives of older women garment workers.
Workplace safety also came to our attention in November, after the largest workplace accident of the year occurred on 22 November, when a fire broke out in a garment factory in Anyang, Henan province. The blaze killed 38 people and injured two. According to domestic media interviews, most of the workers were older women who lived in the nearby villages. The design and setup of the two-storey factory building and externally-blocked emergency exits contributed to the high death toll. In our analysis, CLB urges the authorities and the official trade union to do more to prevent workplace accidents, rather than focusing on heroic rescue efforts and post-hoc measures. Read our article here: 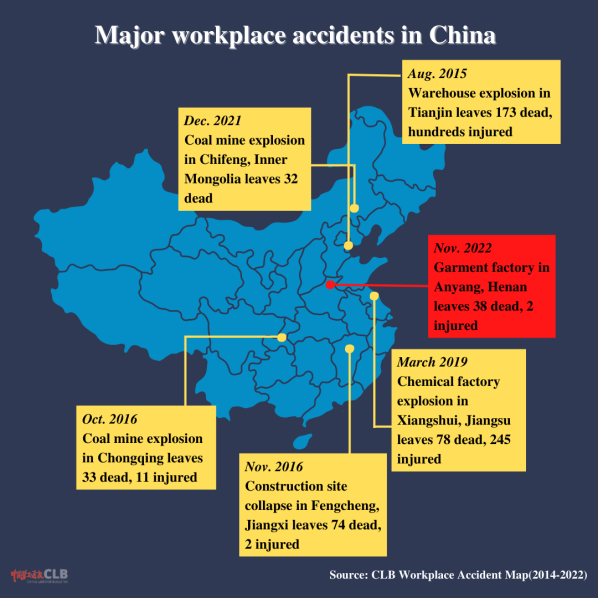 Graphic: Since the CLB Workplace Accident Map began collecting data in 2014, the Anyang fire is one of the worst to occur, showing that workplace safety has not materially improved.

In November 2022, workers in the transportation industry staged collective actions, largely related to companies attempting to gain greater market share. Out of 65 collective actions logged last month across China, over one-quarter were in the transport industry. As CLB wrote in our analysis of the three-day Huolala (Lalamove) strike that resulted in swift regulatory action from the Ministry of Transport, transport industry workers have shown their organizing power, coming out en masse against corporate changes. 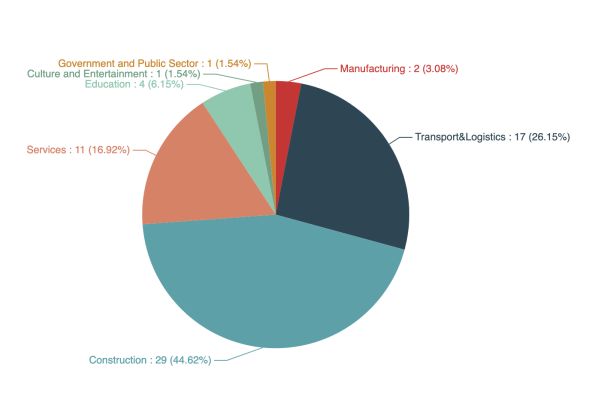 Aside from the cross-regional Huolala strike, another example is the ride-hailing driver strike against Xiaola Chuxing’s low rates that the company is using to become more competitive in the market in Dongguan, Guangdong province. Over 1,000 drivers went on strike on 26 November. One driver pointed out that Xiaola uses a pricing model that amounts to less than 1 yuan per kilometre, which is very low compared to other ride-hailing apps’ rates. The driver wrote that he feared the price wars would keep driving down the rates at the expense of drivers.

Taxi drivers also protested against ride-hailing platforms’ price wars in Dalian, Liaoning province, on 15 November. The taxi drivers spoke out against how the platform industry has affected their traditional work model. The platform companies have successfully lobbied for their own interests, influencing the overall transport market in the city. The Dalian Taxi Association reported that the authorities had ordered platform companies to immediately cease price competition and non-transparent subsidy practices that are “maliciously competitive.”

Our Workers’ Calls-for-Help Map likewise validates that transport workers across the country are facing common challenges: unfair corporate practices, industry competition, wage arrears, and economic difficulties such as rising gas prices. Out of 204 labour grievances compiled in the map last month, 15 were in the transport sector. 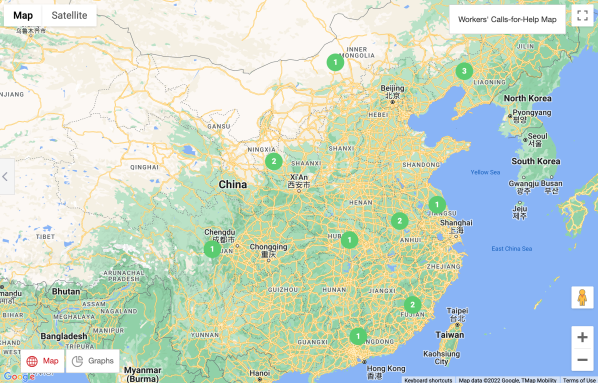 CLB notes that the government authorities, not the official trade union, have become involved in the transport worker strikes. In the wake of a series of regulations and measures in 2021 affecting the platform industry, platform companies have made some changes. In the transport sector, specifically, some have adopted measures to foster better communication with drivers, including instituting complaint mechanisms. Huolala, for example, responded to driver complaints about lack of parking by setting up loading and unloading platforms and extending parking time from 15 minutes to half an hour, thus reducing the likelihood that drivers’ pay will be decreased from fines. But these measures do not target the fundamental problem of declining unit prices and driver dissatisfaction with their earning power relative to their working time and conditions.

Enterprise unions are a step in the right direction. China’s official trade union has recently boasted that almost 7 million platform economy workers have joined unions and that China’s major tech companies have all formed enterprise unions.

The Huolala enterprise union, however, has focused mainly on worker benefits such as free health checks and haircuts. Prior to the drivers’ strike, the enterprise union was still “promoting the spirit of the 20th Party Congress” and there is no indication they were aware of drivers’ rising dissatisfaction with the corporate policy changes.

China’s official trade union has vowed to better represent “eight major groups” of workers, which include truck drivers. The union cannot simply pass off this responsibility to enterprise trade unions and call it a day. It is time for the union to make good on its promise and engage in collective industry negotiations, as just one example of a concrete step the union could take to represent drivers’ interests and contribute to achieving a more equitable society.

Our maps are free and publicly available on our website. Feel free to explore our database and discover patterns and trends for yourself. You can contact us at clbeditor@clb.org.hk.