Labour contractor Yu Honghua spent a year trying to get the more than 150,000 yuan in wages owed to his workers for a rural infrastructure project in the Suzhou township of Jinting. Finally, in a desperate attempt to reach a settlement, Yu drank a bottle pesticide during a meeting at the township’s Bureau of Justice. He died 19 days later on 9 February 2015.

After his death, the township government agreed to pay his family 625,000 yuan in “humanitarian aid.” The government claimed in addition that the outstanding wages had been paid by the project’s main contractor but this could not be independently verified. In early February, while Yu was still in hospital, his wife Xiong Suqiong and their daughter talked to China Labour Bulletin Director Han Dongfang about the events leading up to the tragedy and their increasingly desperate plight as the hospital bills mounted. 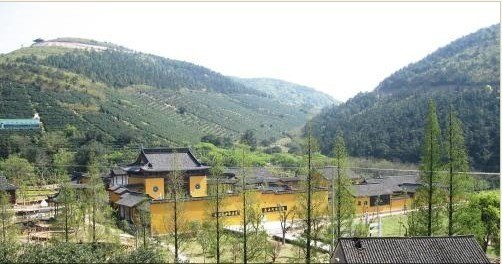 Yu had been hired as labour contractor on a sewage pipe construction project that was part of the local government’s rural development and revitalisation drive. He, in turn, hired 60 local labourers and work began in March 2013. The project was completed ten months later in January 2014. But when Yu asked his immediate superior, a subcontractor named Liu, to settle up, he was told that the agreed work rate had been halved, and as a result, Yu did not have the funds to pay his workforce, in fact, he ended up 151,600 yuan out of pocket.

Liu reportedly told Yu that the rate had been reduced from 28 yuan per metre of sewage piping to just 15 yuan because of alleged flaws in the construction work. Though it seemed that the workers were at fault, Yu did not try to duck out of his responsibilities when unpaid workers came to his door seeking money. His wife said:

People were coming to the door every day, so my husband had to call the police. And the police said that they were not interested in this situation. They referred us to the Labour Bureau.

But the Labour Bureau cold-shouldered him, on the grounds that he had no contract. Over half a year, Yu did the rounds of the offices of local government, which were generally unwilling to accept any responsibility for Yu’s situation.

The basic problem was the informality of the arrangement between Yu and Liu. Yu insisted there was no written contract but Liu later claimed that there was one, and that it stipulated the figure of 15 yuan. But Liu did not produce a written document to substantiate this claim at any point during the project or in the year following completion. Furthermore, Yu did not regard himself as a contracted partner of Liu, but as his de facto employee, drawing a wage. Liu did acknowledge the existence of a working relationship with Yu, but claimed that all due payments had been made. Liu himself was working for another subcontractor, Xu Minggang, who was the manager to whom the township government had awarded the overall contract.

The legal vagueness of his relations with Liu proved an insuperable obstacle for Yu. Rejected by the Labour Bureau and other local government offices, he decided that his only option was to seek an informal negotiated settlement. Staring into a 151,600 yuan black hole, Yu could not pay all his workers, and felt cornered. The local authorities were not interested and nor were the mediators at the Bureau of Justice, who all sided with Liu:

Too trusting, too easily led

Han Dongfang pointed out the foolishness of entering into this kind of arrangement without signing a contract.

If you just bring in a bunch of people and start working, and if wages fall into arrears, or despite your best efforts an accident happens at the workplace leading to occupational injury or fatality, who would have had liability; your husband or his boss Liu? Or would it be the contract manager or the township government?

Before getting involved, Yu had also evidently failed to ask the local government if there were written documents regarding budgets, materials, wage rates, contractor profit margins and other such key points. His wife argued:

My husband is just countryman, he has never been to college and he did not realise that this kind of situation could arise. When Liu told my husband he had some work for him, my husband just consulted some people he knew and said then that he would do it for 28 yuan per metre. They just made a private deal... my husband is dull-witted; he is too trusting, too easily led.

Or maybe it is that the others were too sharp, too crafty, too wily, and too unscrupulous? If your husband had not had that kind of personality, if he had not been a straight dealer who emphasised personal loyalty, he could have told these unpaid workers to get off his back and go after the local authorities. For reasons of personal integrity, he chose not to do this.

At the time of the interview, Yu’s medical costs had already amounted to 110,000 yuan and were increasing by up to 10,000 yuan each additional day he spent in hospital. He underwent haemodialysis, a blood-cleansing process in which blood is extracted mechanically, filtered through an external artificial kidney and then returned to the body. He already had a history of kidney failure. His lungs were badly affected, and he was having difficulty in breathing. During these weeks, Yu remained in intensive care, in a critical condition:

I just do not know what to do. Every day I am worried to death over medical expenses, I have a 17-year-old daughter at college, and there are also the parents-in-law, my father-in-law is 72, he has high blood pressure and diabetes, and my mother-in-law also has had a stroke and has high blood pressure too.  I do not know how to get through each day.

At first the authorities were indifferent to her plight:

I said that my husband had taken pesticide inside their offices, this happened inside government offices, and I can always find you. Guess what they replied? They said that we are people of no consequence, and that they were just trying to help us sort this mess out. They said it was a suicide case. I said that if you had not cornered my husband, why on earth would he have done it?

After Yu’s death, the local government clearly decided it would have to compensate the family, and at a cost for everyone involved that was much higher than would have been the case if the original deal had been honoured and the project managed properly.