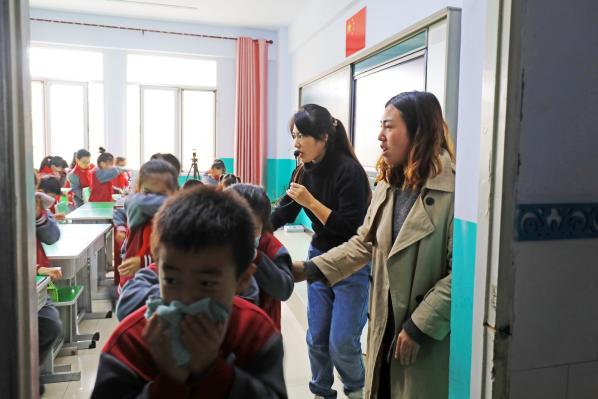 China Labour Bulletin’s mapping data collected in September 2022 reveals the extent to which local government budgets are stretched, leading to unpaid wages for essential workers like teachers and bus drivers in China’s smaller cities. This is related to the property market crisis, as local revenues from property sales have fallen.

But first, don’t miss the content CLB has published recently:

In September, the CLB Strike Map and Workers’ Calls-for-Help Map documented examples of the impact on workers of tight local government budgets, including multiple incidents involving teachers and bus drivers.

In one district of Xi'an, Shaanxi province, a teacher wrote online to report that at different schools across the district, the government did not pay teacher allowances in accordance with policies. Regulations state that homeroom teachers receive a standard monthly allowance of 800 yuan at secondary schools and 600 yuan at primary schools. This allowance is to be paid monthly along with any performance adjustment, but the allowances for the entire 2020 school year have yet to be issued.

Teachers in Henan province and Fujian province are also owed performance pay. A primary school in Hubei province owed teachers wages in arrears plus social security benefits, and even delayed the transfer of teachers’ status from contract teachers with lower pay and fewer benefits to being on the preferential government payroll.

Another type of essential worker affected by budgetary constraints is bus drivers. CLB earlier reported on wage arrears in a number of locations in China, and this problem has still not been solved. The pandemic has decreased passenger flow and increased operating costs, and bus companies have suffered serious losses. This is especially the case in smaller cities with more limited resources.

Both the teachers and the bus drivers seeking pay and benefits reflect the poor financial condition of local governments in China. This situation is due in part to the decrease in revenue from land sales, as China’s property market is in turmoil, but governments have made the choice to not prioritise the salaries and benefits of workers. 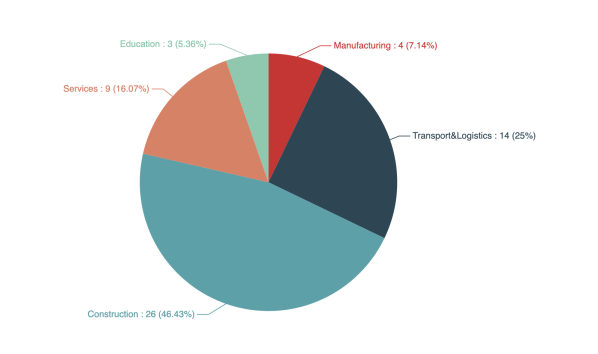 The CLB Strike Map recorded a total of 56 incidents in September 2022, a slight increase from August 2022 but only about half the number recorded in September 2019. The rate of collective actions dropped dramatically in 2020 at the start of the pandemic and was steadily rising to meet pre-pandemic levels, until this more recent drop.

The construction industry accounted for almost half the recorded incidents, followed by the transportation and logistics industry and services. Workers largely protested against wage arrears, with about 86 percent of incidents centring on this issue. The scale of workers’ collective actions is still small, but over 20 percent of cases involved 101-1,000 people, an increase in these larger-scale actions compared to the previous month. Although we do not know the outcomes in most cases, in the 30 percent for which official responses are known, the government intervened in about 20 percent, negotiation with management occurred in eight percent, and law enforcement were dispatched in about two percent. 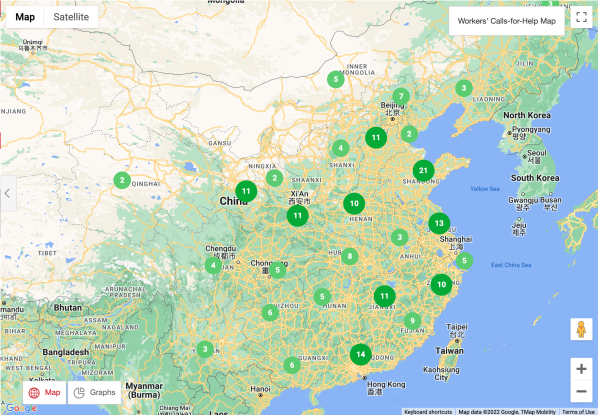 CLB’s Workers’ Calls-for-Help Map recorded 194 incidents of workers across the country posting about their labour disputes, down slightly from August 2022 figures. This map was launched in October 2020, so pre-pandemic data is not available, but overall trends have roughly tracked those of the Strike Map. Shandong province led with 21 incidents, followed by Guangdong (14) and Jiangsu (13) provinces.

The proportion of incidents in the service sector rose, tying the construction industry for the most incidents at 35 percent each. Over 90 percent of all incidents recorded were for wages in arrears. The proportion of workers seeking government mediation increased significantly from 44 percent in August 2022 to 77 percent in September 2022. 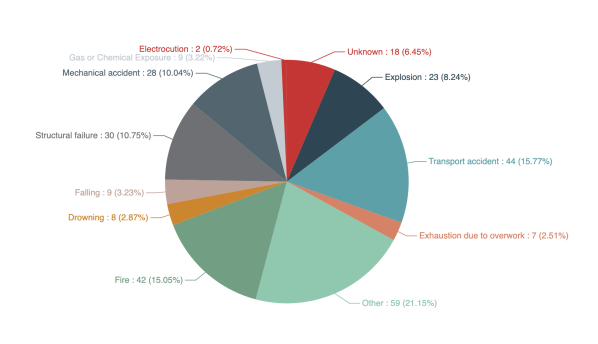 In September 2022, the CLB Accident Map recorded 38 incidents, up from 31 last month. Of the total incidents, 15 were in the mining industry. The most common cause was mechanical accident. Half of the incidents resulted in 1-9 deaths.

A total of ten accidents occurred in Shanxi province alone, all of which were mining accidents. Twelve deaths resulted, and three workers are missing. Four of these accidents involved state-owned enterprises.