The Sichuan authorities on 2 August sentenced a former miner with end-stage pneumoconiosis to ten days in administrative detention for his role in a long-running campaign by a group of workers, who had contracted pneumoconiosis in the lead and zinc mines of Ganluo county, for occupational disease compensation.

Forty-eight-year-old Rao Zhongwen’s disease has progressed so far that he has completely lost the ability to work and he now finds it difficult to walk more than a few steps.

Nevertheless, the authorities still considered him enough of threat to lock him up after he tried to organize his fellow workers to intercept Sichuan Party Secretary Wang Dongming on an inspection tour of Ganluo, and present their demands for occupational disease compensation to the Party Secretary in person. The final straw came when Rao posted comments about the authorities on social media that allegedly “undermined the government’s image and invited others to illegally petition.”

Rao is due to be released on Friday 12 August. His ten day detention is just the latest event in the remarkable struggle of the Ganluo workers, who were featured extensively in China Labour Bulletin’s 2013 research report Time to Pay the Bill: China’s obligation to the victims of pneumoconiosis, and in the 2014 documentary film Dust, directed by Zhu Rikun.

Despite the seemingly insurmountable obstacles placed in their way by the local authorities, the Ganluo miners have never given up hope and have continued to push for legal recognition of their occupational disease – not simply because it will bring them a higher level of compensation but because, they say, it will restore their dignity as workers. The government has given the workers small charitable hand-outs over the years to cover the cost of some medication and living expenses but the workers say they are not beggars, and that they should get the respect they deserve for their sacrifice. 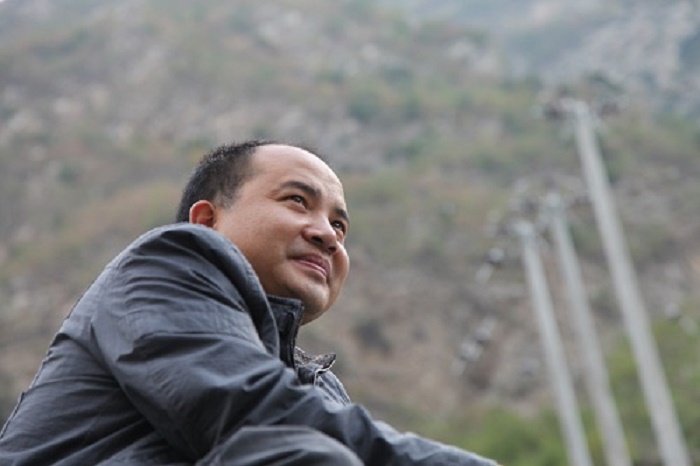 In 2013, about the time CLB’s research report was published, former Ganluo miner and pneumoconiosis activist He Bing, drafted a call for action which was signed by more than 800 workers and the families of workers who had already died from pneumoconiosis. The document was passed on to two National People’s Congress deputies and featured on Hunan television.

Over the last three years, former Ganluo miners from the surrounding counties of Muchuan, Qianwei, Ebian, Hanyuan and Jinkouhe (see map below) have on numerous occasions come together to put pressure on the Ganluo county and Sichuan provincial governments to formally recognize their occupational disease. During one co-ordinated action, more than 100 workers with pneumoconiosis staged a protest on the streets of the provincial capital Chengdu. 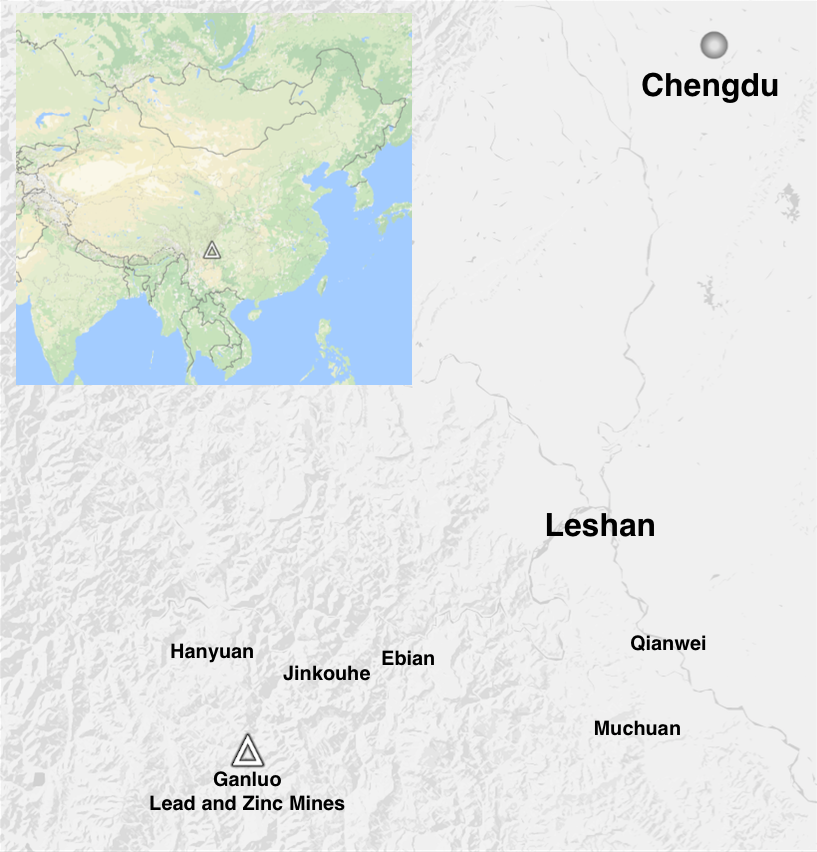 The workers also utilized national and local laws and regulations to press their case, such the 2011 Sichuan provincial government Notice on the incorporation of old work-related injury cases into the work-related injury insurance system  (四川省企业老工伤人员纳入工伤保险统筹管理工作方案的通知 发文文号: 川办函[2011]73号), under which, the Ganluo miners should be entitled to proper compensation.

The miners took this document to the provincial trade union in October 2013. The union officials agreed that the workers should be included in the social insurance system but that their local governments would have to handle the process. The local governments refused to accept the request because the Ganluo mines had closed down and their employer no longer existed. The officials claimed that, on the basis of the Occupational Diseases Law, in cases where no employer can be found, workers are only entitled to apply for medical and living expenses relief and not work-related injury compensation.

In response, the workers gathered photographic evidence to show that although most of the mines had been closed down and auctioned off, many mines in the area were still in production. This evidence was then sent to the provincial social insurance department but no response was forthcoming.

In 2014, the workers discovered that, Li Chongxi, the official responsible for auctioning off the Ganluo mines and dismissing the workers in 2003, was himself under investigation for corruption. The workers again gathered evidence on Li’s involvement in the Ganluo mine sell-off and sent it to the authorities, asking for a resolution of their demands for work-related injury compensation. Again no reply has been forthcoming.