About 100 workers and supporters crammed into the tiny Henggang Labour Arbitration Court in Shenzhen on 25 July to hear a complaint filed by 73 employees of GCL Footwear who were sacked after taking part in a strike.

The workers, who are demanding reinstatement, were represented by the veteran labour rights lawyer Duan Yi. Duan pointed out that, under China’s Trade Union Law, employers are obliged to address workers’ reasonable demands in the event of a strike. But in this case:

When the workers were worried about their future at the company because it had changed ownership and failed to pay social security contributions and wages on time for several months, management refused to provide an explanation. And after a strike broke out on 26 May, the company began to fire several groups of workers. Moreover, it ignored invitations from the enterprise trade union to engage in collective bargaining and even fired the enterprise union’s vice-chairman, Luo Xiangxu.

Luo himself argued during his testimony at the hearing that management had been looking for a reason to downsize its workforce, especially senior members of staff, without paying them any compensation. The strike gave management an opportunity to do just that, he said.

The company lawyer insisted GCL only began to fire workers when its “countless” attempts to get them to go back to work and negotiate had failed. The workers listening to this were unimpressed: “Bullshit!” some yelled at the back of the room.

One of the workers, Liu Xinhua, explained outside the courtroom: “Management never wanted to talk; many of the sacked workers were union members and those who were active during the strike.”

Duan Yi argued the company simply posted notices at the factory and this in no way could be considered a good faith invitation to negotiate. Moreover, the company’s assertion that the dismissals were in accordance with China’s labour laws and company regulations did not hold water. Duan said:

The clauses you refer to only apply to individual workers who are absent from work for specific reasons. They do not apply to a group of workers with collective demands, especially when they are represented by a trade union which invited the company to negotiate. 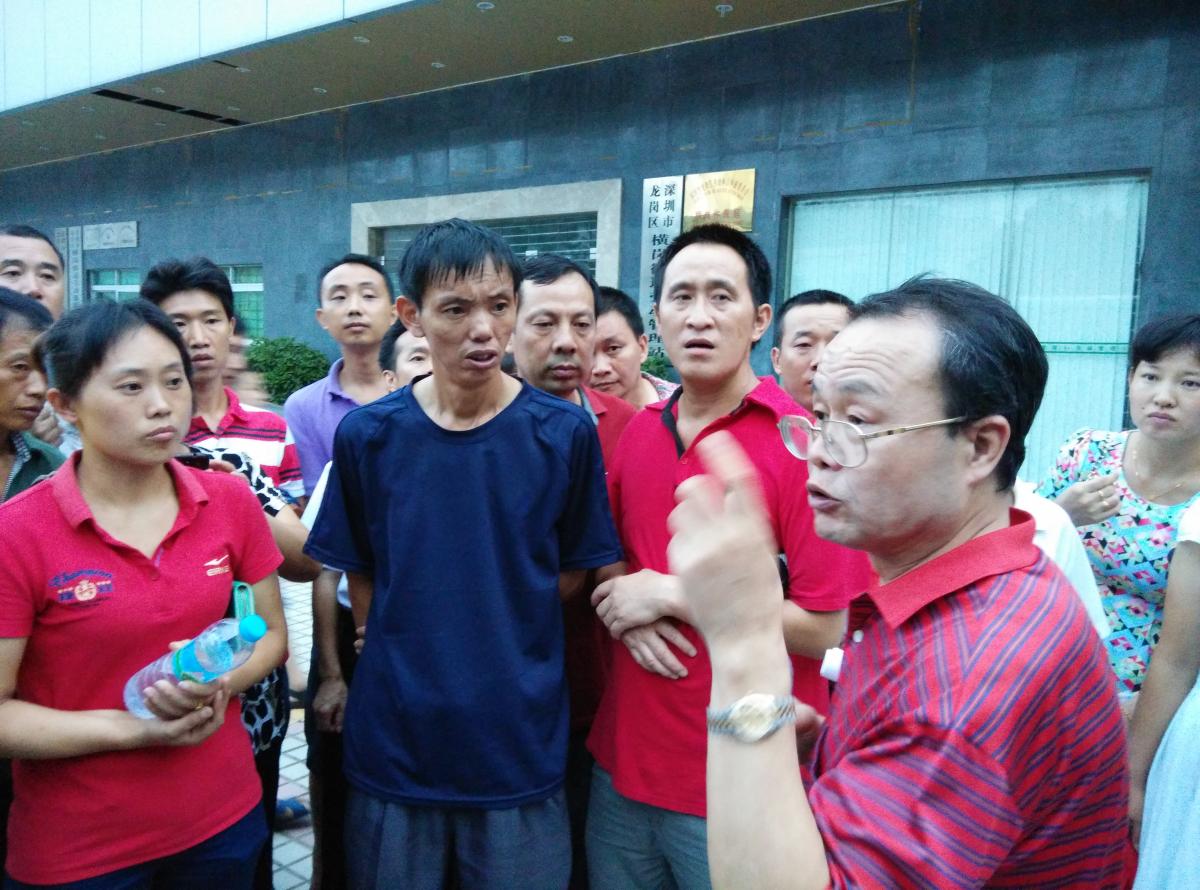 In his final argument, Duan pointed out that the workers were still willing to settle the case out of court, and the company lawyer agreed to consider workers’ offer.

Friday’s hearing was overshadowed by the tragic death, just one week earlier, of 12-year GCL veteran Zhou Jianrong, who jumped from the roof of the factory building on the morning of 17 July after being told her position was no longer available.

“Zhou Jianrong should have been among us!” Trade union vice-chairman, Luo Xiangxu, said in his closing statement.

The arbitration committee is expected to reach a decision or facilitate a settlement within the next two weeks.