According to 36Kr.com’s report published on Tuesday, drivers have been encouraging each other to go out on strike since 19 March, demanding DiDi, a Beijing-based technology company which bought Uber China in 2016, to take action because increasingly more colleagues are being heavily fined by the local transportation authority.

Nanjing’s authorities recently began stepping up law enforcement, making drivers’ old tactic of sharing information on potential location of law enforcement agents in online chat groups has become less effective. At the same time the government increased the penalties to tens of thousands of yuan per offence, which the companies are refusing to pay on behalf of their employees. The drivers felt that they had no choice but to take industrial action 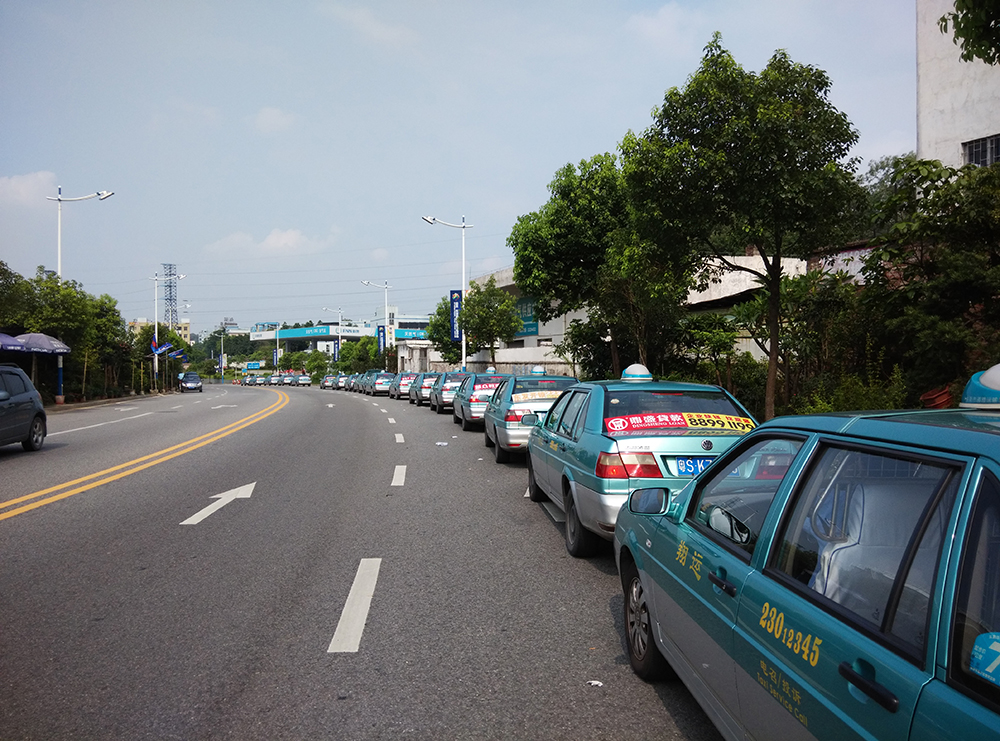 Traditional taxi companies have been criticised as being exploitative and corrup, new economy car-hailing companies like DiDi are a serious competition.

During the strike, drivers not only stopped going to work, but also vented their anger by encouraging each other to place fake orders through the app, as well as intentionally giving poor ratings to colleagues who refuse to join their collective action.

“Although not everyone is taking such measures, I am still worried,” noted a DiDi driver named Zhao who didn’t join the strike. “The penalty was 9,000 yuan and DiDi used to pay for it.”

Apart from the pressure of increased fines, Zhao said that drivers’ discontent was also triggered by a drop of income caused by DiDi cutting subsidies since the latter half of 2016. The ride-hailing service provider hasn’t yet commented on the issue.

“Without company subsidy, I can only make 200 yuan on a good day after spending 12 hours in the cab,” said a Beijing-based driver who used the pseudonym Liu Qiang. “I never could have thought the authority would tighten up the regulations, I think I will quit soon.”

According to an earlier report by local newspaper Yangtze Evening News, the Nanjing municipal government issued an official stance on the reform of the taxi industry, setting out various kinds of hurdles for the rapidly growing online ride-hailing business.

Under the new regulation, 90 percent of the current 350,000 vehicles registered at ride-hailing companies such as DiDi would be forced to be phased out, while the traditional taxi companies in the city, on the other hand, came together and set up their own ride-hailing app named “YouDi”, said Zheng Chunfa, Deputy Director of the Nanjing Transport Bureau.

Starting from 2016, some 73 cities across China including Beijing, Shanghai, and Nanjing launched their own regulations on ride-hailing business and have since caused difficulties, not just for the companies, but more importantly for the drivers who already invested a fortune on purchasing vehicles and getting the municipal business licenses.

Despite recent disputes, a group of taxi drivers in the city of Xiangtan, Hunan province, have been fighting since early 2015 for a new kind of cab company, jointly owned by the drivers. They claim that existing taxi companies do nothing but bribe local authorities and exploit drivers through excessive rental fees and taxation.

Meanwhile, CLB’s Strike Map recorded 205 strikes in the transportation industry during the first six months of 2016, compared with only 127 the year before.