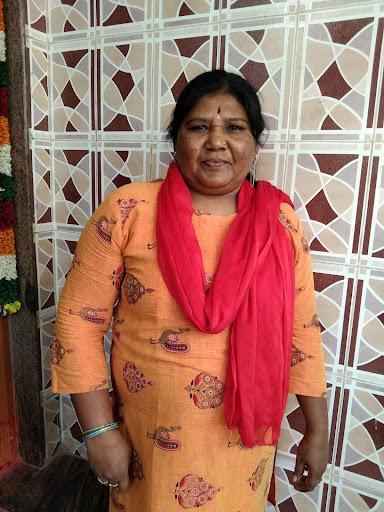 At China Labour Bulletin, we are saying goodbye to our retiring Communications Director, Geoffrey Crothall. CLB Executive Director Han Dongfang thanks Geoffrey for his long service to the organization: "During the past decade and a half, under Geoff’s guidance, the CLB team has successfully built a solid platform providing the most reliable information on the workers' movement and labour issues in China. I am very thankful for Geoff’s invaluable contributions."

Geoffrey reflected on his fourteen years at CLB and his observations of the labour movement, writing that although a lot has changed in China, in terms of labour relations, the all too familiar problems remain firmly in place. And despite the many changes, it is ordinary workers who have always formed the backbone of the movement.

Last month, CLB investigated a wave of layoffs for tutors and teachers in the wake of China’s regulations on the private tutoring industry. CLB’s Calls-for-Help Map recorded 43 individual online requests from those in the education sector this year, all of which involved companies in financial straits who weren’t paying their employees.

Recently, China’s platform economy has been the subject of new labour regulations, and Beijing’s municipal union vowed to unionise more gig workers. But CLB analyses whether these positive measures will have practical effects for workers.

On 16 July, several ministries and commissions released standards on platform workers’ labour conditions. These Guiding Opinions on Protecting Labour and Social Security Rights and Interests of Workers Engaged in New Forms of Employment are high-level guidance, and it is left to local governments to work out how to implement them.

CLB has argued that workers need unions to represent their interests. Some tech giants like Meituan and JD have set up enterprise trade unions, but it’s not yet clear that their establishment will have any effect on raising labour standards for workers.

The Beijing Municipal Federation of Trade Unions has introduced guidelines designed to encourage unionisation for platform workers in China’s capital city. The document lays out ten major measures to improve union work in the new gig economy. The union’s implementation of these guidelines in China’s capital city may reflect that the social cost of gig work now outweighs its economic benefits. However, other trade unions have been timid in their proposals.

Local governments and trade unions must show more resolve to stop tech giants from dodging employer responsibilities by using intermediaries, and to limit the platforms’ power to deal out fines. Instead, the focus is on small adjustments to wages and reactive responses to the exploitative relationship, such as work-related injuries and labour disputes. The fundamental relationship between workers and these giants remains the same.

Gig workers in India have united on social media to fight back against food delivery companies’ major ad campaigns that distort the realities of the gig economy. For CLB, Kunal Purohit reported from Mumbai on how gig workers are exposing exploitative practices on social media to reach consumers and investors.

Shaik Salauddin is the national general secretary of the Indian Federation of App-based Transport Workers. “While these companies grow, they are slashing the rates of delivery workers and forcing them to increase their working hours,” Salauddin said. “We want every investor in these companies to learn the ground realities of the way these companies treat their workers, their backbone.”

In Vietnam, factory workers under national lockdown faced challenges. For CLB, Michael Tatarski reported from Ho Chi Minh City on the failure of Vietnam's “bubble” strategy to protect workers during a Covid-19 resurgence.

Provincial governments initially tried to keep their huge manufacturing bases running by giving factories two options: either house and feed workers in the facility full-time in a “bubble,'' or put them up in housing with transportation directly to the factory and nowhere else.

Many smaller factories simply closed, while larger facilities set up tents and cots in spare warehouse space or motorbike parking garages. In order to maintain some form of social distancing, only a fraction of workers was brought into these bubbles, with the rest sent home.

Minh, whose name was changed for anonymity, works in the sample department of a factory, and he hasn’t been working for about one month. He lived in the facility for a week before it was shut down. He is being paid VND20,000 per day. He lives in a designated “red zone” and has therefore received some food from the local government, though “it isn’t enough.”

Vietnam’s official trade union, the General Confederation of Labour, has announced a US$44 million support package for workers still in the bubble system, but this won’t help workers who have been sent home.