An overview of workers’ collective protests in China

In this first short English-language extract from CLB’s just published report on the workers’ movement in China (中国工人运动观察报告2015-2017) we examine the fundamental issues in labour relations that gave rise so many collective protests in just three years. For the Chinese original please see page 11 of the report under the heading  三、工人集体行动的特点与趋势.

The report is based on the 6,694 incidents of workers’ collective action that were recorded on China Labour Bulletin’s Strike Map between 2015 and 2017. It is clear from these cases that strikes and collective protests are widespread and commonplace across all industries and across the whole of China. Indeed, for many workers, collective action is the only way they can express their grievances and defend their interests. 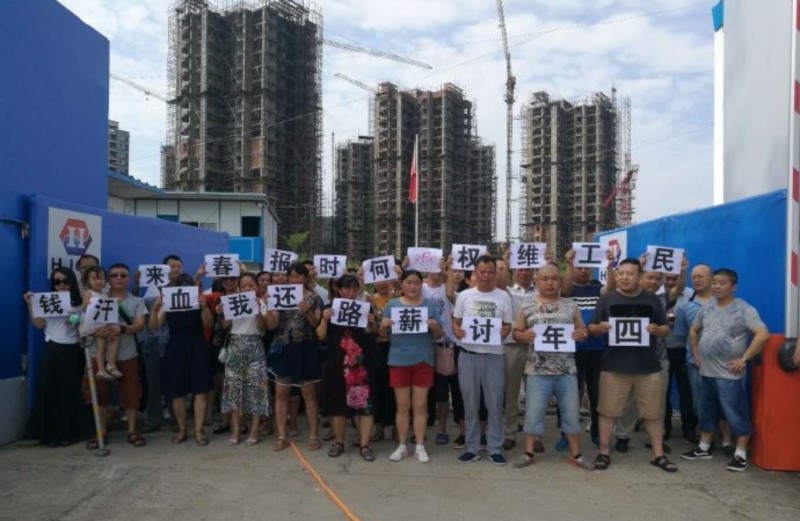 The characteristics of and trends in workers’ collective actions

During the 21st Century, collective protests by workers have become increasingly frequent and well-organized, to the point that they are now part of everyday life in China and labour unrest is deeply entrenched in Chinese society as a whole. Consequently, during the three years covered by this report, the Chinese government recognised the need for a different approach to social development. The mantra of the 18th Congress of the Communist Party of China [2012-17] that encouraged the liberation and development of social productive forces in order to address the “contradictions between the growing material and cultural needs of the people and China’s backward social productivity” pivoted during the 19th Party Congress [October 2017] to focus instead on the “contradictions between the yearning of many people for a better life and China’s unequal and insufficient development.” Instead of stressing vigorous economic development and the creation of wealth, the Party now focuses on balanced economic development and the rational distribution of wealth.

The unequal balance of power in labour relations has been a major factor in China’s unequal development. Looking at workers’ demands for the payment of wages in arrears, social insurance contributions, economic compensation and improved working conditions, pay and benefits, it is clear that the fundamental tensions between labour and capital in China are centred on the issue of wealth distribution. Workers have not been able to share in the fruits of China’s rapid economic development over the last three decades. Rather they have been repeatedly denied their legal rights and deprived of their economic interests. It was for this reason that the 19th Party Congress made the distribution of wealth the focus of its future development and reform programs.

The distribution of wealth between labour and capital can be most clearly seen in low wage levels, occupational health and safety, working hours, social insurance etc. To achieve a fair and rational distribution of wealth we need the trade union to represent workers in collective bargaining with management. In reality however, China’s trade union lacks the ability to engage in collective bargaining, and, as a result, workers’ pay and conditions are unilaterally decided by the employer. Wages and the method of payment are determined at the outset by the employer when a worker is hired. During employment, the actual wage is decided by the employer, and when the employment relationship is terminated there is no guarantee that workers will actually get the compensation or wages in arrears they are owed.

China’s economy has diversified markedly over the last four decades of reform and opening up, to the extent that traditional industries now sit side-by-side with start-ups, and state-owned enterprises co-exist with private and foreign-funded enterprises. However, regardless of the type of industry or ownership, China’s workers still face the same problem of the unequal distribution of wealth due to their lack of representation or voice in the workplace.  In looking at collective worker actions in China over the last 17 years [CLB’s Workers’ Movement Reports began in 2000] we can clearly see that workers have always focused on the issue of wealth distribution. In demanding the payment of wages in arears, for example, they are also fighting to have a say in the issue of wealth distribution.

More extracts will follow over the next few weeks.