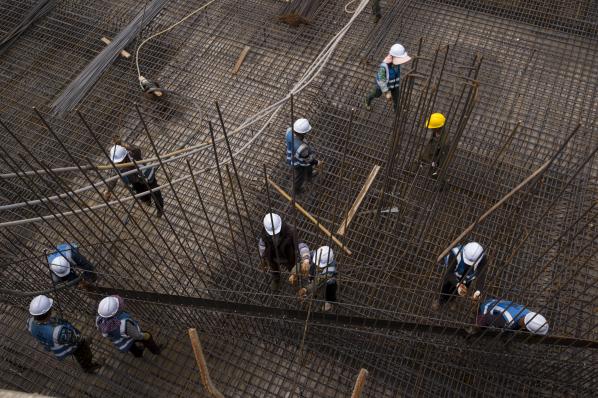 China’s newly-amended Work Safety Law (安全生产法) went into effect on 1 September. This third revision of the law increases fines and administrative sanctions for delinquent companies and even allows for public interest lawsuits to be brought by the People’s Procuratorate. Importantly, the law now brings the millions of workers employed by online platforms - such as food delivery workers - and labour agency workers under its remit.

Importantly, the law makes the obligations of China’s trade union to supervise work safety inescapably clear. But how will the union respond? Will trade union officials grasp the opportunity to play a more proactive role in work safety, or will they continue to hide in the shadows?

One recent case, centred on the Covid-19 outbreak at Nanjing Lukou International Airport, does not bode well.

The outbreak occurred among the airport’s under-paid and overworked aircraft cleaning crew, who had been assigned to work on both international and domestic flights. Cleaners were not provided with alternative accommodation, and they returned to their homes after their shifts. The lack of effective safety protocols not only put staff at risk, but also facilitated a wave of infections, initially to their families and then to the wider community.

Nine people tested positive for the virus on 20 July, and within a week, numerous cases were reported in five other provinces. Ultimately, it spread to 50 cities in 17 provinces and regions of China, resulting in new travel restrictions and widespread testing and lockdown measures, before being brought under control by the end of August.

When CLB staff contacted the responsible trade union officials in Jiangsu, they insisted that work safety was “not in the scope of things we solve. We have nothing to be held accountable for. There is no problem here.”

Provincial officials also insisted that they had no authority to investigate the failure of lower-level unions to ensure a safe working environment at the airport. This is despite clear provisions in the Trade Union Law to the contrary.

In Myanmar, at least, the trade unions are still trying to draw international attention to the devastating impact of the pandemic and the military coup on that country’s workers.

A new wave of infections began in Myanmar in late June, and by the end of July there were more than 5,000 new cases on average each day. Despite this, many garment factories were still operating, forcing workers to continue production as usual without complying with the pandemic guidelines agreed among brands, trade unions and suppliers. Covid-19-related fatalities have already been reported in some factories, which have continued production regardless, according to reports on the ground.

In factories, workers are crammed together, both in workspaces and in rest areas. Masks and hygiene products are also lacking. Hand sanitizers are not provided by factory management, and there is often no soap in the bathrooms. In some cases, there aren't even any wash basins.

The threat posed by the global pandemic is not easing, and trade unions across the world have to remain vigilant and ensure that workers’ health and safety is not compromised by the desire of companies to resume business as usual.