As International Labour Day approaches, the Industrial Workers’ Federation of Myanmar (IWFM) is calling on international brands and suppliers in the garment industry to protect the rights of trade unionists and ensure that workers will not be dismissed during the ongoing protests against the military junta.

The IWFM pointed out that, under martial law, workers run the risk of arrest or even being shot by the military if they attempt to return to work in any of the country’s major industrial zones. Moreover, transport links have been suspended and communications channels blocked, making it almost impossible for workers to contact their employers.

In a statement issued on 22 April, the IWFM said many workers are too afraid to go back to work and thousands have already returned to their home villages. Union leaders are being targeted by the military and have gone in hiding, severely hampering trade union work.

The situation is particularly severe in the Yangon township of Hlaing Thar Yar, where the military reportedly killed more than one hundred people during a brutal crackdown on 14-15 March. Soldiers in Hlaing Thar Yar are now reportedly stopping workers at random and demanding they hand over their phones for inspection. Those who do not have phones are heavily fined. Nevertheless, despite all the risks, workers in the township are still staging protests against the coup.

Many employers in the industrial zones who have resumed production are reportedly using the current situation to dismiss, without severance pay, those workers and union leaders who fail to report to work for more than three days. 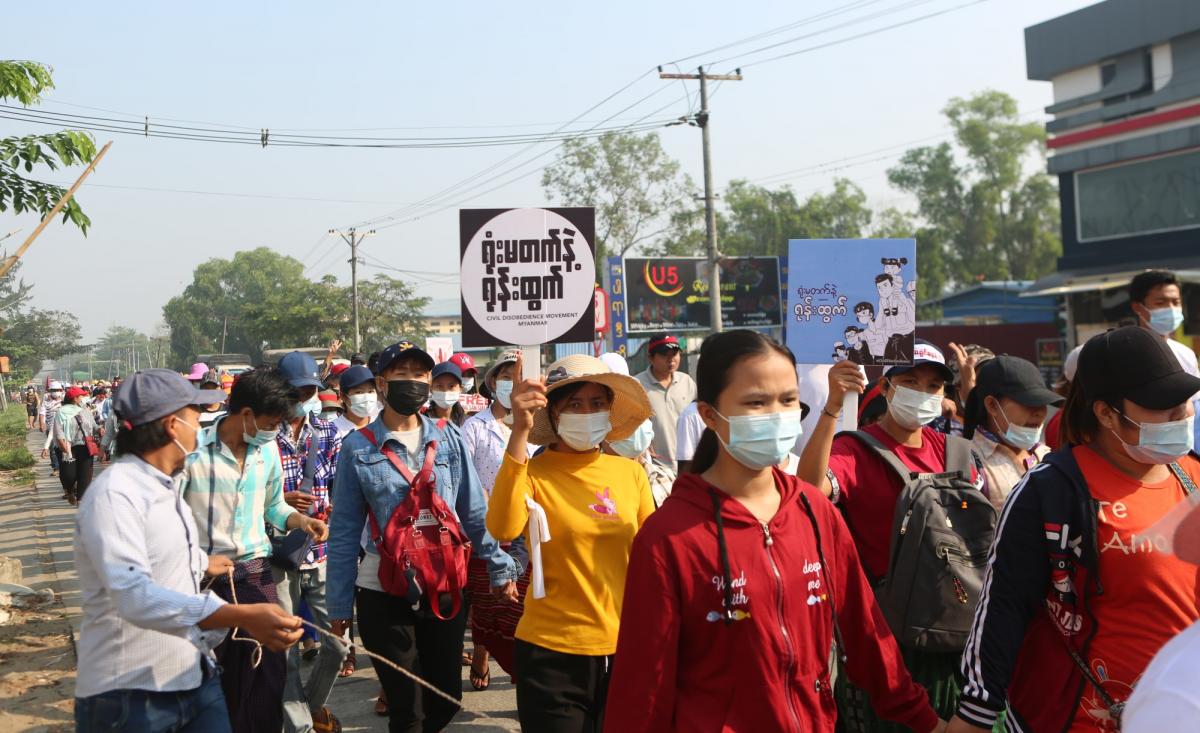 The IWFM is urging the international brands to guarantee that their supplier factories do not terminate employees who cannot return to work, and ensure that workers are given unpaid leave until such time as it is safe for them to return. The factories should, in addition, provide a detailed list of the workers who have already lost their jobs so that all workers can be accounted for.

To ensure that supplier factories can comply with the above demands, the IWFM said the brands should not penalize companies for late deliveries caused by the unrest.

China Labour Bulletin endorses and supports the IWFM’s demands and urges all international brands who rely on garment workers in Myanmar for their products to take their responsibilities to those workers seriously and ensure that their interests are protected.

In solidarity with the IWFM, CLB urges that brands take decisive action against any supplier factory that uses the unrest in Myanmar as a pretext to dismiss trade union leaders and worker activists.

To further mark International Labour Day this year, on our Chinese website, we examine how the eight-hour week - one of crowning achievements of the workers’ movement in the Twentieth Century - has been, and continues to be, eroded in China. 在纪念争取八小时工作天的节日里，我们在中国目睹历史的倒退.