Lu Yuyu and Li Tingyu, the activists who put non news in the news

When no tweets came from the @wickedonnaa account on 16 June 2016, their followers feared the worst had occurred. For years Lu Yuyu and Li Tingyu posted a daily record of protests in China, gleaned from social media, every day without fail.

Their fears were later confirmed - that afternoon Li Tingyu was thrown into a car, a black hood placed over her head. The same day Lu Yuyu was taken away while buying some groceries at a market near their home in Dali, in the foothills of the mountains of Yunnan province, Southwest China.

The world’s single greatest source of information on the struggles of Chinese citizens was lost that day. 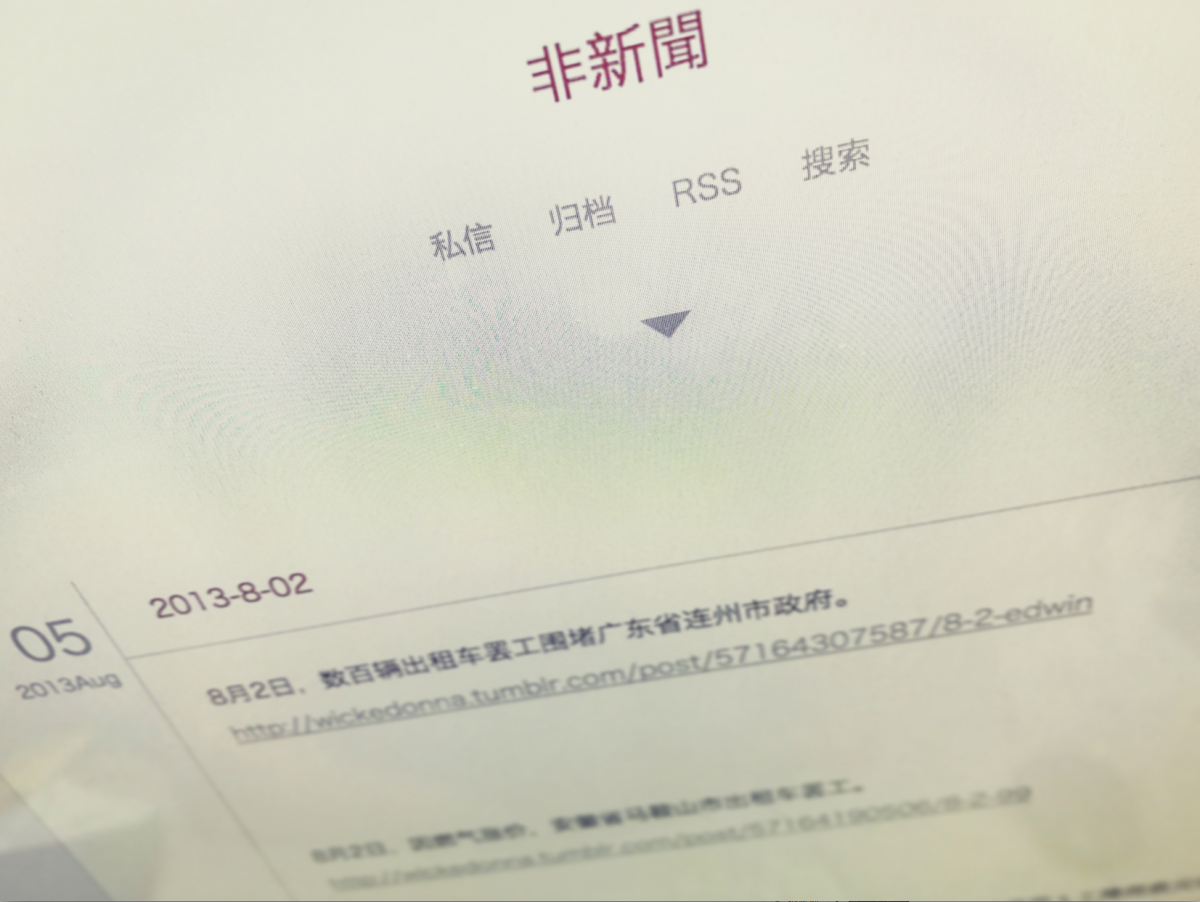 In the three years of working together, Lu and Li recorded over 70,000 collective actions from across the country; every day they reported on dozens, at times even hundreds, of incidents, all with pictures or videos and the original words of the protestors.

They were charged with the crime of “picking quarrels and provoking trouble.”

While in prison, they were told to dismiss the human rights lawyers who took up their cases. Li was repeatedly forced to write a confession -she refused - while Lu was ruthlessly beaten in his cell. She could hear his screams from her corner of the prison.

Their blog project was widely known inside and outside China, but few ever met them in person.

The couple began their work each day in the evening, when most social media users become active and post the news of the day. They worked quickly to comb for pictures, video and text from a plethora of social media platforms, searching with a well-honed, keyword-based system, specially customised to each platform. After saving the information from the risk of rapid deletion they would catalogue and publish their findings on a blog outside the Great Fire Wall, far away from the reach of Chinese censor’s hands and for the world to see.

Lu and Li intentionally never picked one name for their project. It went by “News Worth Knowing”, “Not the News” and “Wickedonna”, picked somewhat at random to avoid a fixed identity. The “Donna” of Wickedonna came from a mournful Joan Baez rendition of an old Yiddish tune “Donna, Donna”, about a calf being taken to slaughter at the market, popular among civil rights activists in the United States in the 1960s.

Lu Yuyu is several years older than Li Tingyu, under his trusty ballcap he wore the face of a man who could be as young as 25 or nearing 40.

He always spoke in murmurs - as an extreme introvert, he seemed to be actively avoiding attention. When seated, his back slumped forward while his neck crooked upward, a posture one might expect in a person who spent his days hunched over a computer. His glasses were thick and his limbs were thin, he could almost be seen as frail, but his determination was evident whenever he spoke in pointed, short sentences. 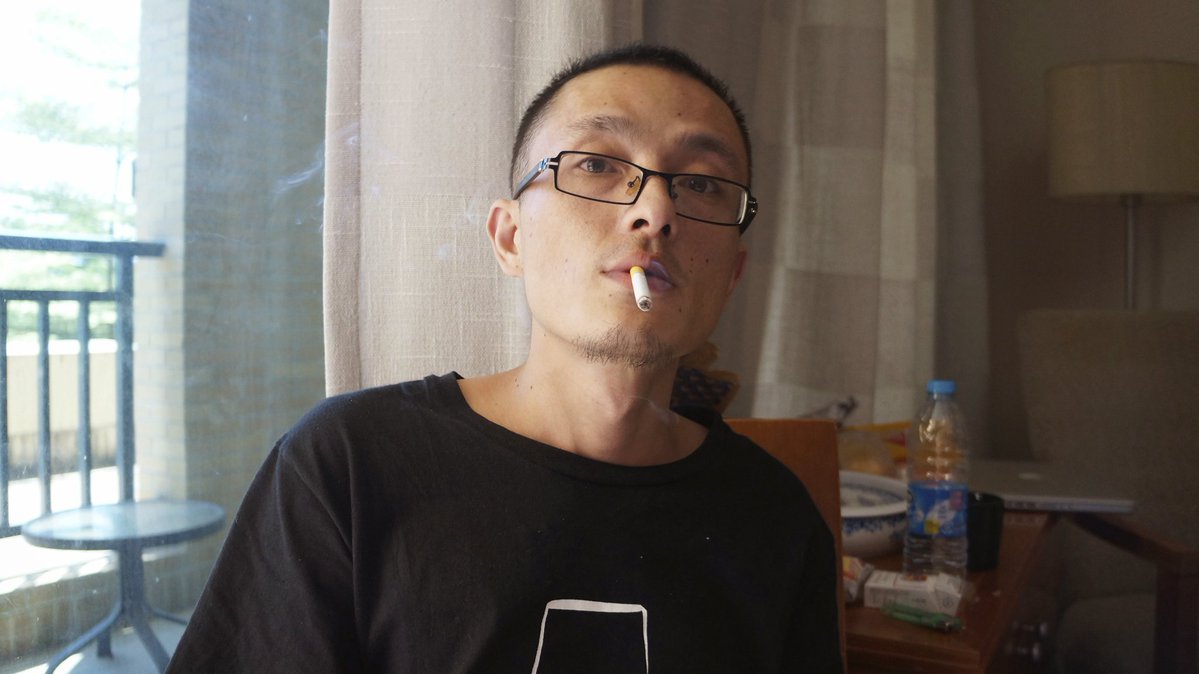 By contrast, she brimmed with energy and excitement, and delighted in conversation - a rarity in the reclusive life they led. Inquisitive, thoughtful, and kind, she bounced from one topic to the next.

When she joked or became particularly excited, he would let a smile escape from his otherwise stern face.

Lu Yuyu was born 1979 and grew up in a poor community in rural Guizhou. As a schoolboy he walked an hour to and from school, some of his classmates walked farther.

He would often skip school, take food from home and run off with his friends and disappear into the woods for days on end. When food ran out he and his buddies would return home. Young Lu Yuyu knew exactly what was waiting for him every time: a beating. That never stopped him.

Li Tingyu was born in 1991 and grew up in a well-off village in Foshan, in the southern province of Guangdong. A voracious reader and brilliant student, Li did well in school and attended college at Sun Yat-Sen University. Through friends and a few dissident teachers she began to study many of China’s politically sensitive topics. Around 2008, disillusioned with her education, Li dove into China’s budding blogosphere. She not only read foreign websites in English but actively helped dozens of her classmates set up proxies to climb over China’s Great Firewall. Facing pressure from the administration, Li decided to quit school in her fourth and final undergraduate year. 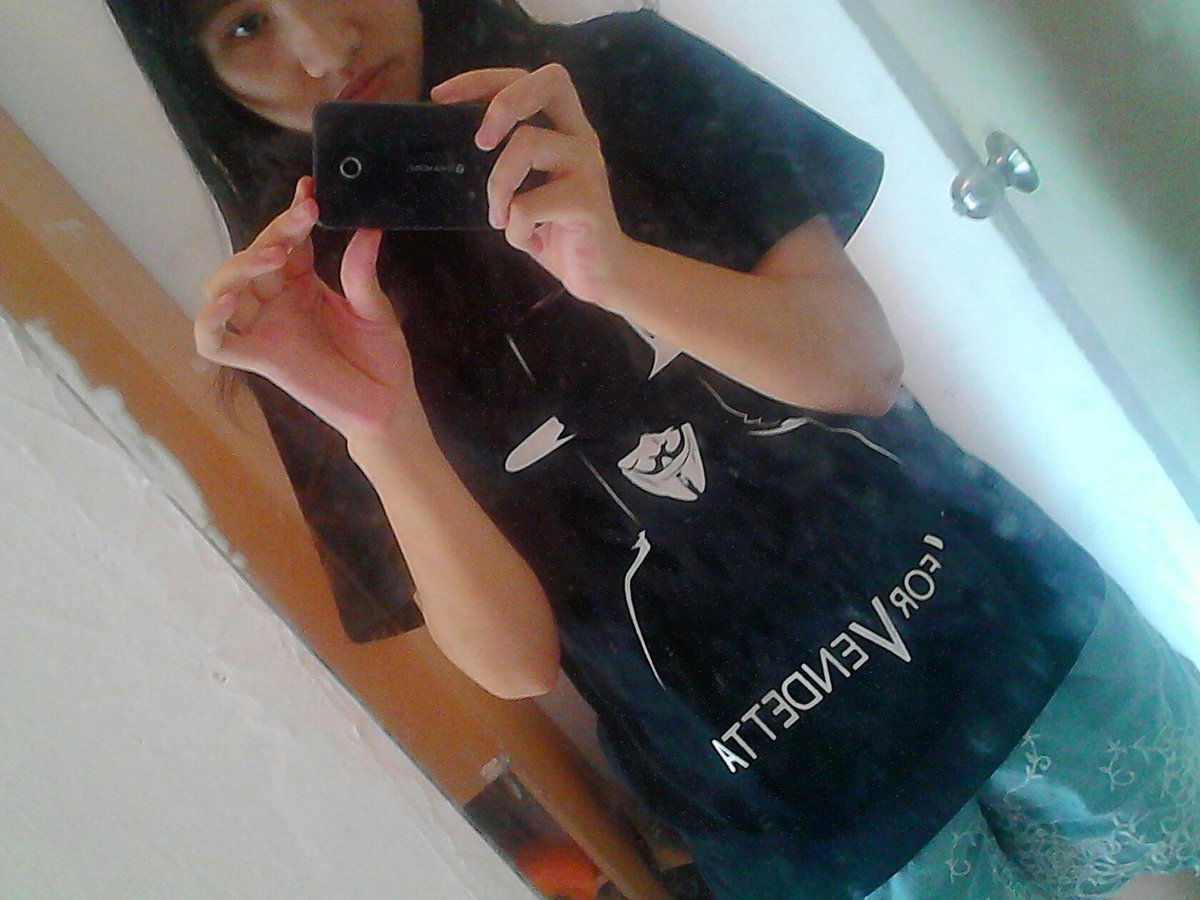 Lu Yuyu had also left university without graduating. While Li Tingyu was still at school, he was already bouncing from job to job as a migrant worker across China’s coastal provinces; sometimes on a construction site, sometimes as a mechanic in a factory. At the same time as Li, he was being drawn into the new and active online culture of the late 2000s in China.

In 2011 he was approached by police in Shanghai. He had written about human rights lawyer Chen Guangchen on his social media account. In 2012, inspired by the protests of the Southern Street Movement, Lu made several acts of individual protest, holding up signs on public streets demanding top officials make their wealth public, and advocating for voting rights for Chinese citizens. In those days, Chinese netizens, mostly from Guangdong province, were moving beyond voicing individual opinions online and instead were taking demands to the streets with big and clear banners.

That same year, Lu observed on social media just how many protests occurred in China each day. He began to collect, organise and publish the information on these incidents on social media. His work slowly became noticed by journalists, activists and netizens across China.

The heavy work load, however, became impossible for Lu to sustain alone. Lu would work at his job during the day and search for protests for hours on end every night. Pushed to the limit, he was forced to choose between his job or his online activism: he left his job.

By June 2013, Lu exhausted his savings. One day the followers of his account found his last post with just one word: “Finished” [停].

Li was one of his many followers on social media. She reached out to him online, imploring him to find a way to carry on. She persuaded him to work for a bit longer. Li helped him promote his project and solicit donations from friends. She also proposed to work together with him to assemble his findings and publish them on foreign social media. They soon moved in together.

Like so many social activists in China, they were forced to move several times due to constant police harassment. They eventually settled in a quiet town of Dali in rural Yunnan, which had a reputation for being more politically lax.

On the day the couple arrived in Dali, they witnessed a protest in the market led by some of the local vendors, an incident they thought was worthy of being blogged. That was a fortuitous event they witnessed and recorded, eventually Lu and Li would come to live an increasingly reclusive lifestyle, rarely taking to the streets, searching for protests online.

Li Tingyu had effectively revived Lu’s project, and the two went on to collect over 70,000 collective actions over three years. Lu and Li catalogued around 75 incidents per day. They only recorded protests that involved 10 or more people, and only posted material that met their basic requirements: pictures or video, a specific location, the kind of actors and the kind of action they took.

Each day they found at least one protest of over 1,000 participants, and each month at least one of over 10,000. Each month they documented dozens of violent police interventions, and hundreds of arrests. According to their statistics, China’s workers have been the most active social group, accounting for over a third of all collective actions across the country. Next were homeowners, middle class protesters fighting against corrupt or bankrupt development projects, with around 20%. The next largest group, at around 10% of total incidents recorded, were rural residents in China’s villages, protesting government land grabs and pollution.

In their last post on 13 June 2016, they collected 94 incidents: 27 by workers, 8 by rural residents, 5 against forced demolitions, 31 by disgruntled homeowners cheated by developers, and one massive protest of over 2,000 retired military officers in Beijing.

More than one year after their detention, on 3 August 2017 Lu Yuyu was sentenced to 4 years in prison.

Lu Yuyu and Li Tingyu’s project should be commended, not condemned. Journalists, academics, civil society organisations around the world and most importantly, activists in China, relied on their relentless and meticulous work to gain a better understanding of the everyday struggles of Chinese citizens. On November 2016 Lu and Li were awarded the 2016 Reporters Without Borders' citizen journalism prize.

In a 2014 interview, Lu explained that with the project, he wanted “to give protesters a louder voice, to draw as much attention as possible to their struggles,” adding that the ultimate goal of collecting data online is “to pass on the experience of effective protest to more people under similar circumstances.”

China Labour Bulletin’s Strike Map started cataloguing worker protests since 2011 and eventually used Lu and Li’s data as a primary source from late 2014 to the time of their arrests in 2016. Today, China Labour Bulletin continues to make regular searches of Chinese social media platforms, just as Lu and Li had, to maintain a public record of the latest worker actions from across China.
Tags
Labour Activists