Xiao Li had just completed a 12-hour nightshift in the intensive care unit (ICU) of a Shenzhen hospital and was exhausted. “For the whole night,” he said, “you feel like all the nerves and blood vessels inside your brain are tightening.”

ICU nurses at the hospital usually work three to four 12-hour shifts a week but occasionally they have to do additional shifts in emergencies or as cover for colleagues. If they are lucky, the nurses can grab a half-hour lunch or dinner break during their shift but often there is no time to rest at all.

Sometimes Xiao Li has to do two nightshifts in succession. “Once I went back home to sleep and just as I woke up, I had to work again for another nightshift.”

To make matters worse, shifts are only announced one week beforehand making it almost impossible for nurses to have a meaningful social life. Xiao Li, who is 24 years-old, said the only friends he has made in Shenzhen are online. He spends most of his spare time sleeping or hanging around with other male nurses. Incidentally, Xiao Li, notes that male nurses often face discrimination or are looked down on in China because nursing is still widely seen as a female profession. 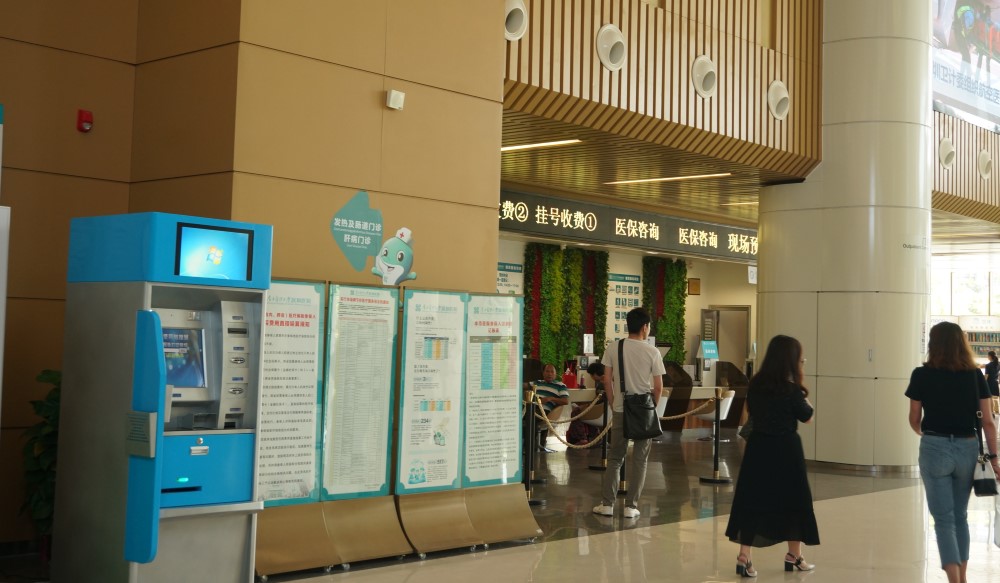 The excessively long hours and the intense pressure of the ICU, where nurses are responsible for the life of their patients, has driven many medical workers to breaking point. Xiao Li said he knew of one doctor whose heavy workload led to her death at the age of just 32-years-old. Another medical worker, the same age as Xiao Li, had also died from overwork last year, he said.  Similar stories appear regularly in the Chinese media.

New staff are particularly vulnerable, Xiao Li said, because they are afraid of making mistakes in a high-pressure working environment. When Li started his career two years ago, he wanted to quit almost every other day. “It was too exhausting, too much pressure and too dangerous,” he said.

It was particularly dangerous working in the hospital’s children’s unit, he said. Li explained that the pressure faced by medical staff treating a child was much greater than when treating an 80-year-old patient for example because the parents have a lot more invested in their (usually) only child and are more likely to react violently if something goes wrong or an expensive medical procedure is not successful.

Officially, nurses work for 40 hours a week in total. If they work overtime they are compensated with time off or bonuses but Li says the bonus system is far from transparent and, apart from the general provisions of the Labour Law, there are no national regulations stipulating how much medical staff should be paid for overtime. Local authorities can basically set their own standards and frequently announce arbitrary changes without consulting staff. Last month, one hospital in Shandong even asked its medical staff to reimburse all nightshift subsidies paid since 2013. Needless to say, no one obliged.

Different hospitals may vary in terms of work hours, meal-subsidies, overtime, work benefits etc. but long hours and a highly stressful working environment are the norm throughout the medical industry, especially in major cities like Shenzhen where there is always a shortage of staff. According to the National Health Commission, there were 3.8 million registered nurses at the end of 2017 and 3.2 million licensed doctors as of 2016 serving 1.4 billion people in the whole of China. Li estimated however that the actual number of nurses was only 3.3 million, as many nurses have already switched to other less demanding professions.

The heavy workload is exacerbated by the so-called “additional tasks” imposed on medical staff after work, such as study session, trainings, essay writing etc.  These “additional tasks” are not counted as overtime. However, all staff have to fulfil a yearly quota of additional tasks in order to continue practicing.  Xiao Li said the extra burden was way too high and moreover only about ten percent of the material studied was actually useful for his work. He argued that the system should be made voluntary so that staff can choose which courses are of benefit to them.

“I have seen a mother who came to the training class with her child. Obviously, the mother couldn’t pay attention while her child was crying. But she has no choice, as she needed to fulfil the requirement,” he said. “After a night shift, I doze off in class and that does not benefit my work at all.”

Xiao Li earns around 6,000 to 8,000 yuan per month, which is about the average wage in Shenzhen. But, as he pointed out, wage levels for nurses are only that high in major cities like Shenzhen where there is a chronic shortage of staff. In Li’s hometown in the north of China, he says, there are thousands of nurses applying for maybe a hundred positions. As a result, the basic salary of nurses in some cities can be as low as 1,000 yuan per month, he said, making them dependant on bonuses and overtime. When those bonuses and other benefits are cut, nurses have no option but to take collective action. Hundreds of nurses in the central city of Nanyang, for example, staged a mass protest on 6 June after the introduction of a new evaluation system at their hospital led to a cut in bonus payments.

Most hospitals do have a trade union but they are not actually healthcare workers’ unions. At public hospitals, for example, the union’s primary function is to act as a bridge between the Communist Party and the staff and help hospital management “create a fair, democratic and harmonious working environment that gives full play to the staffs’ potential.” In privately-run hospitals, if there is a union at all, it will most likely be controlled by management, much in the same way that enterprise trade unions in factories are.

Given the high-pressure working environment and low pay of many nurses in small cities, there is clearly an urgent need for hospital trade unions to support their members and ensure that all medical workers can earn a decent salary in a safe working environment.