Guangdong’s Pearl River Delta has long been known as the factory to the world. However, as production costs have increased over the last few years and economic growth has slowed, thousands of manufacturers have relocated, merged or simply closed down.

In the vast majority of these cases, factory owners or management did not consult the workforce over their relocation plans and simply announced the move as a fait accompli, offering workers only minimal compensation or even nothing at all. In response, workers at many of these factories took collective action in an attempt to force their employer to give them a better deal.

Many of these workers had been employed in the same factory for more than ten or even 20 years; they had established roots in the local community and had children in school. Any relocation would be a major disruption to their lives. Moreover, in many cases, their employer had never paid the social insurance, housing fund and other welfare benefits required by law, and as such these workers risked being laid off with no pension or medical insurance and little prospect of finding another job. For middle-aged workers in particular, there was a compelling incentive to make sure they had everything they were owed before the factory closed down for good.

The success of the workers’ collective action depended primarily on their organizational ability and the willingness of the employer to compromise, as well as the attitude of the local government and trade union. In some cases, workers could also call on non-governmental labour groups in the area for assistance. Groups such as the Panyu Migrant Workers Service Centre, for example, have gained considerable experience in organizing workers, helping them elect representatives and develop a strategy for collective bargaining with management. From August last year until May this year, the Panyu Centre was actively involved in helping workers at the local Lide shoe factory get the compensation and social insurance in arrears they were owed before the factory relocated to another district.

The Lide shoe factory dispute provides a useful case study of the challenges faced by factory workers in the Pearl River Delta; dealing with management and the local authorities, as well as trying to maintain solidarity among the workforce during a long-drawn-out struggle. There follows a detailed timeline of events in the Lide case followed by a discussion of the lessons learned and the way forward for other workers faced with factory closure or relocation.

Panyu is a sprawling manufacturing district in the southeast of Guangzhou with a population of around 1.5 million. Panyu Lide Shoes Co. Ltd. (番禺利得鞋业有限公司) is a Taiwanese-owned business employing 2,750 workers. It produces leather goods for major brands such as Coach. In the summer of 2014, Lide’s workers heard about plans to relocate the factory the following year to another site in Nansha, an even more remote district of Guangzhou, about an hour from Panyu.

August 2014: Around 20 worker activists at Lide start to organise their fellow workers and seek assistance from the Panyu Migrant Workers Service Centre. Their initial demands focus on the payment of social insurance and housing fund arrears.

September - November 2014: Workers hold several rounds of meetings among themselves and with staff from the Panyu Centre to discuss demands, tactics and options but progress is slow.

6 December 2014: Workers in one department go out on strike in the morning and soon the whole factory is brought to a standstill. See photo below. Workers hold an employee conference to elect 11 negotiators and around 50 representatives. Workers clarify their demands and put nine main items on the bargaining agenda. A meeting between workers representatives and management ends with an agreement to schedule a second meeting in three days’ time but there is no specific response to the workers’ demands. The workers, not satisfied with the outcome, continue their strike action. The worker representatives meet to decide their various roles in the strike campaign; negotiator, strike fund manager, media officer, and picket line supervisor etc. 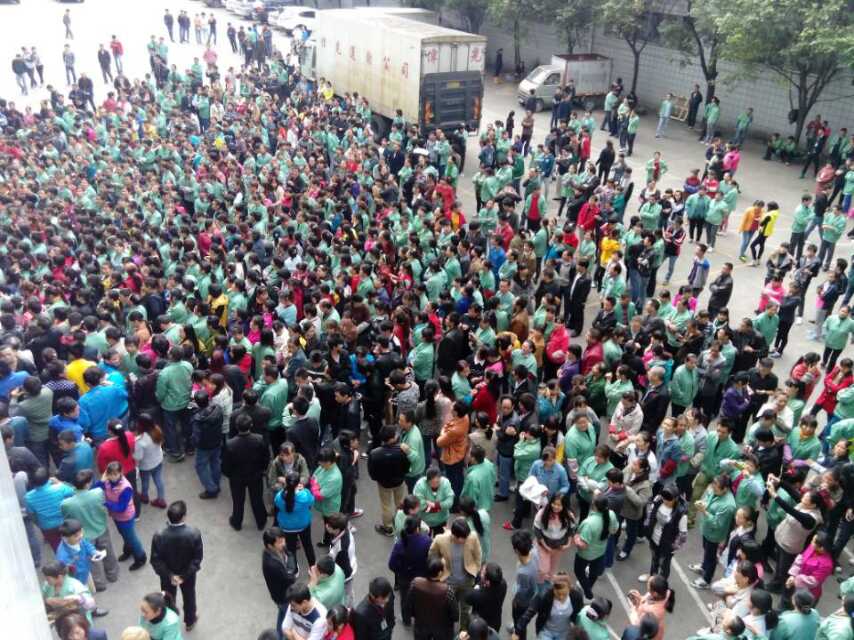 7 December 2014: Negotiators add four more demands to the bargaining agenda but management only responds to the initial nine demands. Representatives suggest that workers go back to work the following day to demonstrate their goodwill. Another meeting is scheduled for 13 December.

10 December 2014: Worker representatives hold an emergency meeting with management to address reports that some low-level managers are trying to undermine workers’ solidarity. The representatives also meet with the deputy head of the Panyu District Trade Union Federation but they decline the federation’s offer of help.

12 December 2014: Worker representatives work with the human resources department to confirm accurate details of every employee’s length of service. The third meeting with management is rescheduled for 14 December.

13 December 2014: Management refuse to meet on the 14th and instead issues a unilateral notice limiting the lump-sum compensation to be paid for annual leave, overtime and high-temperature subsidies to just 2,500 yuan per employee. The workers reject the offer.

15, 16 December 2014: Workers go out on strike again in protest at the company’s refusal to negotiate in good faith. 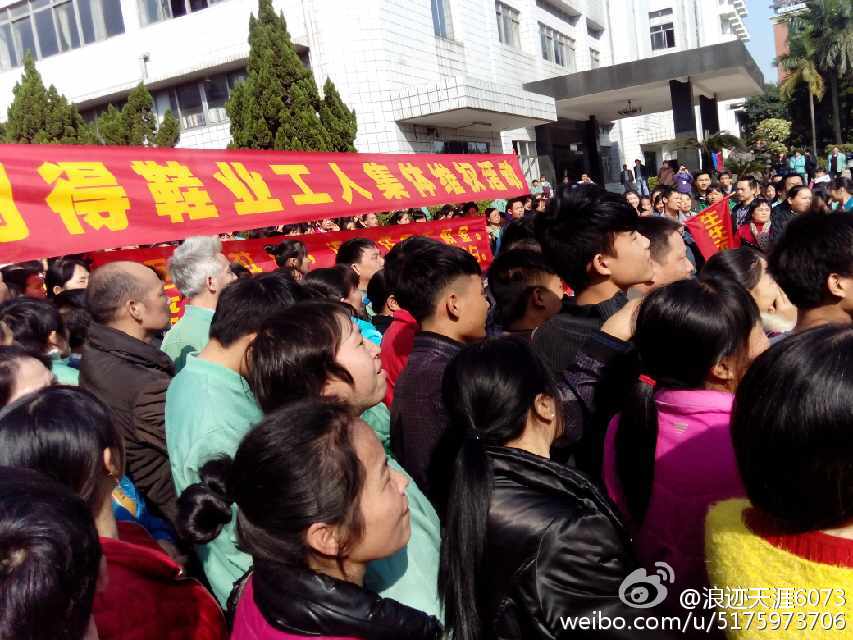 17 December 2014: Management attend the third negotiation meeting and agree to raise the annual leave, overtime and allowance compensation limit to 12,000 yuan per person. Management promises to announce details of the relocation compensation offer by March 2015. Employees agree to return to work.

26 December 2014: Director of the Panyu Centre Zeng Feiyang is attacked in his office by unknown assailants. The attack is believed to be related to the centre’s involvement in the Lide dispute.

19 April 2015: The worker representatives elected in 2014 are reluctant to take the matter further so a group of around one hundred activists meet to discuss strategy and elect 19 new representatives. Police attempt to break up the meeting and detain Panyu Centre staff member Meng Han. Several workers are reportedly beaten or briefly detained by police.

20 April 2015: Workers go out on strike again. Negotiators meet with management and demand the timely resolution of all outstanding grievances including social insurance and housing fund arrears, as well as relocation compensation based on length of service.  Local government officials attend the meeting and promise to facilitate future dialogue between the workers and management.

23 April 2015: Lide Shoes and the local government issue a joint-statement promising to address all of the workers’ demands.

25 April 2015: Lide issues workers with relocation compensation and housing fund arrears, and pledges to complete payment of social insurance arrears by the end of June. Partial payment had already been made. The workers agree to call off the strike.

16 May 2015: 120 workers take part in a celebration dinner organised by the Panyu Centre. 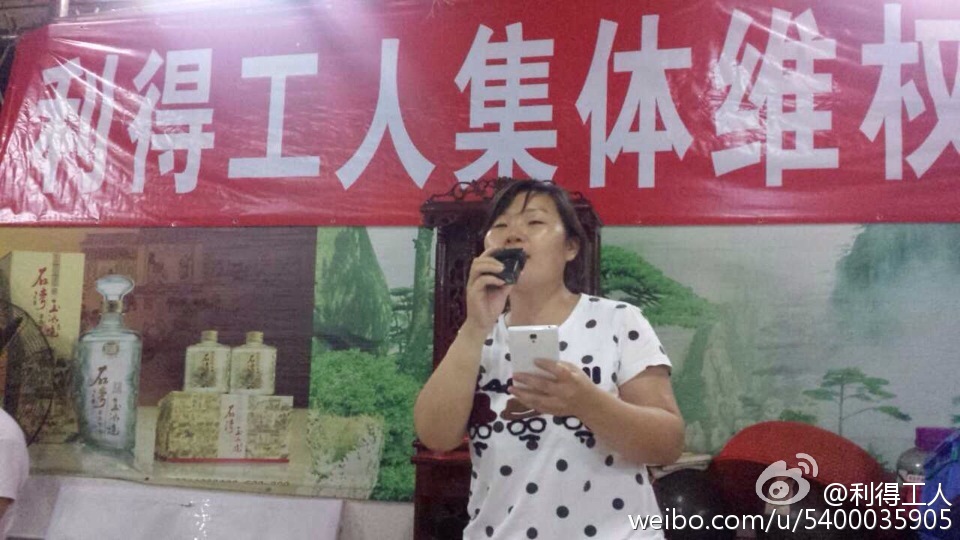 Ultimately, around half the workforce agreed to move with the factory to the new location in Nansha and the relocation process is due to be completed by the end of this month.

Although the Lide workers’ campaign was ultimately successful, it was a long struggle that depended on a relatively small group of worker activists to keep the momentum going. The worker activists and their advisers from the Panyu Centre had to counter constant threats and intimidation from both management and the local authorities, while at the same time trying to communicate with and maintain solidarity among more than 2,700 employees at the factory.

Worker solidarity was the key issue in the Lide dispute, as it is in nearly all disputes arising from business closures. In many factory closures or relocations, different groups of workers have different interests; some employees want to continue working in the new factory and so are reluctant to rock the boat, others (often younger workers with little time at the factory) are happy to be laid off with whatever management is prepared to offer, and it is usually only a small group of hardliners that is determined to push for everything they can get.

In the highly publicised closure of the Walmart store in Changde, Hunan, last year, the more than 100 staff held out for weeks on end demanding a better deal but eventually time, financial pressure and intimidation from the local authorities took its toll, and after one year, all but nine former employees had given up and accepted Walmart’s final offer.

In the Lide case, solidarity began to weaken after the initial deal was struck in December. Management reportedly attempted to buy off some of the elected worker representatives and tried to undermine the legitimacy of the Panyu Centre. It was only a group of around 100 workers who were determined and organized enough to force management to honour its promises.

Moving forward, workers faced with factory closure will have to be keenly aware of the different needs and priorities of their fellow workers and devise a strategy that is acceptable to all workers and can counter attempts by management and the local authorities to threaten, intimidate or buy off worker representatives.