Shenzhen labour activist, Lin Dong, who was arrested on 22 April after advising striking workers at the Yue Yuen shoe factory in Dongguan, is being held under a 30-day detention order at the Dongguan Municipal Detention Centre on suspicion of “picking quarrels and creating trouble” (寻衅滋事).

Lin’s lawyer, Pang Kun, visited his client on 30 April and later issued a statement criticising the police in Dongguan’s Gaobu township for refusing to disclose exactly what Lin was supposed to have done to merit such a charge. Pang further urged the authorities to deal with the case in an “intelligent and appropriate manner” that took into account the positive role labour rights groups played in Chinese society.

Pang’s statement is as follows:

The refusal of the investigative unit to inform me of the basic facts of the case is a serious violation of Article 36 of the Criminal Procedure Law and Article 40 of the Regulations on Procedures for Public Security Organs in Handling Criminal Cases. This has seriously violated Lin Dong’s right to legal representation and seriously violated his lawyer’s right to defend his client. The Gaobu Public Security Bureau must rectify this. If it fails to do so, I will file a complaint with the Procuratorate to ensure that state laws are properly implemented.

I hope that the investigators in this case can take into account the positive impact that non-governmental labour rights groups have in society as well as the risks and responsibilities their work entails. Moreover, I hope the investigators and decision makers in this case can handle it in an intelligent and appropriate manner so as to demonstrate Dongguan’s civility, open-mindedness and commitment to the rule of law.

Lin’s colleague, Zhang Zhiru, was also detained in Dongguan at the same time as Lin but was released after two days. Zhang and his colleagues at the Shenzhen Chunfeng Labour Dispute Service Centre are currently working hard to secure Lin’s early release. 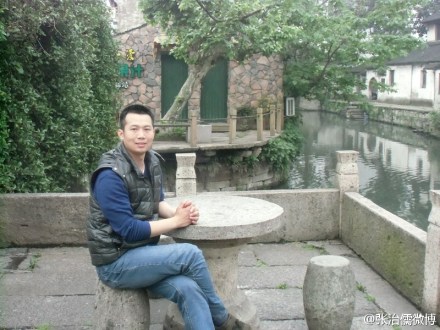 The Chunfeng Centre issued a statement on 27 April calling for Lin’s release and stating that its work in advising the Yue Yuen strikers was completely in accordance with China’s laws and regulations. The statement stressed that that instead of targeting labour rights groups and activists, the authorities should focus more on improving labour relations and resolving workers’ long standing grievances.