Meng (photo below) was convicted last year of “gathering a crowd to disrupt public order” after he helped a group of shoe factory workers in Guangzhou organise and engage in collective bargaining with management to recover unpaid social insurance before the factory’s planned closure and relocation. 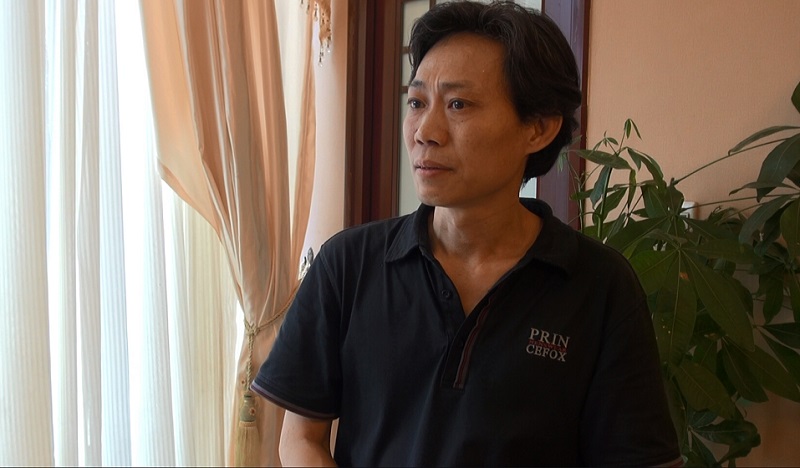 Before his arrest in December 2015, Meng was working for the Panyu Workers’ Service Centre, a now dissolved labour rights group based in Guangzhou. The centre had been instrumental in the resolution of several high-profile labour disputes, essentially playing the role that the official trade union, the All China Federation of Trade Unions (ACFTU), should have played in representing workers in their dispute with management.

The workers at the Lide shoe factory had in fact approached the factory union, the district union, the city union and then the Guangdong provincial union, only to be turned away time and again.

Three other Panyu staff members, including director Zeng Feiyang and colleagues Zhu Xiaomei and Tang Huanxing, were detained at the same time as Meng in a massive and coordinated crackdown on civil society labour organisations in Guangdong. All three were likewise accused of disrupting public order and Zeng was subjected to a vicious defamation campaign in China’s state media. They were given suspended prison sentences after pleading guilty to the charges.

Meng’s family, including his elderly parents, were subject to enormous pressure from the authorities to persuade him to plead guilty and incriminate his colleagues. However, Meng refused to yield and as a result was given a longer custodial sentence in a prison in Shaoguan, about 150 kilometres north of Guangzhou. Moreover, unlike his former colleagues, Meng was not a “first time offender.” He had spent nine months in detention in 2014 after leading security guards at a Guangzhou hospital in a long running dispute over employment contracts and social insurance.

The court rulings against all four activists (in Chinese here and here) focused on the alleged economic damages to the Lide shoe factory caused by their actions. As China Labour Bulletin Director Han Dongfang  pointed out: “In the 2016 sentencing of four staff members of the Panyu Workers’ Service Centre, the Chinese government has for the first time issued a retaliatory ruling on behalf of a business against those who were assisting workers to engage management in a successful case of collective bargaining.”