More than 500 FAW-Volkswagen workers in the northeast city of Changchun held a demonstration demanding an end to unequal pay last week Thursday.

The workers, employed indirectly by an agency, gathered at the local labour arbitration committee offices, protesting official inaction over their case after months of campaigning through official channels. Workers have rallied under the slogan of “equal pay for equal work”, claiming that agency workers are paid significantly less than full employees, despite years of service to the factory. One Volkswagen worker reported making just half the pay of a full employee (60,000 vs 120,000 annually). 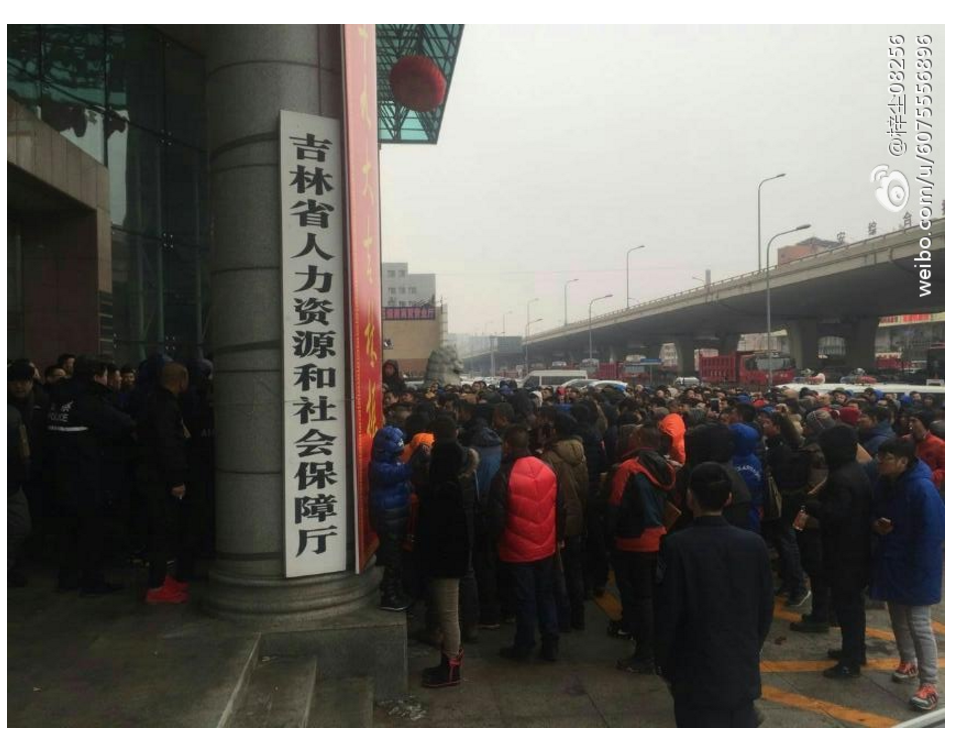 In this latest round of protest, workers had applied for labour arbitration on 13 February, but their case has not been accepted by the committee as of 27 Februrary. By Chinese law, arbitration committees are required to decide whether to accept a case within five days of application.

According to workers themselves, the joint venture employs around 1,500 agency workers, many have worked at the factory for over ten years. Workers have demanded compensation for the discrepancy in wages, benefits and bonuses.

The campaign of Volkswagen workers have sought resolution through legal channels for months and has escalated in recent days. In December 2016 workers met with the labour agency and the Changchun municipal trade union to settle the dispute. In January workers flooded the provincial Ministry of Human Resources and Social Security office, where they won promises to follow their case.

Through their long battle in the legal system, Volkswagen workers have maintained solidarity, inspiring worker poetry, even a music video in the process.

China’s agency workers have long been subjected to lower pay and conditions, and less job security. In 2013, the Labour Contract Law was amended specifically to address the rampant abuse of agency labour used to push down costs and make workers more vulnerable and replaceable. FAW-Volkswagen workers are well aware of the years of unfulfilled policy on the issue, and have cited the well-intentioned legal stipulations in their protest material.

Volkswagen itself has recognized the problem of agency labour in its global supply chain. In 2012 Volkswagen issued a Charter on Temporary Work (as part of its Global Framework Agreement), guaranteeing the rights of temporary workers at Volkswagen plants around the world with the chance to be taken on as part of the permanent workforce.

The document also states that worker-management dialogue should begin should the number of temporary workers exceed 5% of its workforce per plant, Volkswagen makers are obliged to engage in consultation between workers and management.