A group of 115 Guangzhou shoe factory workers agreed on 2 December to accept a severance deal offered by management at Xinsheng Shoes thereby ending a three-month stand-off triggered by the company’s plans to close and relocate the factory without paying the workers any compensation.

The agreement followed the release of the workers chief representatives on 28 November.  Qin Qingmei and Yang Liyan had been detained by local police for 25 days for allegedly “sabotaging production and business operations” at the factory. A total of 14 workers were detained on 3 November although seven were released on the same day. Qin and Yang were the last to be freed. They were not charged with any crimes.

Under the compensation agreement, the workers will get more than 12,000 yuan on average, with the exact amount being determined by their wage level and length of service. The deal was a lot less than the workers had hoped for but still better than the company’s initial offer of nothing. 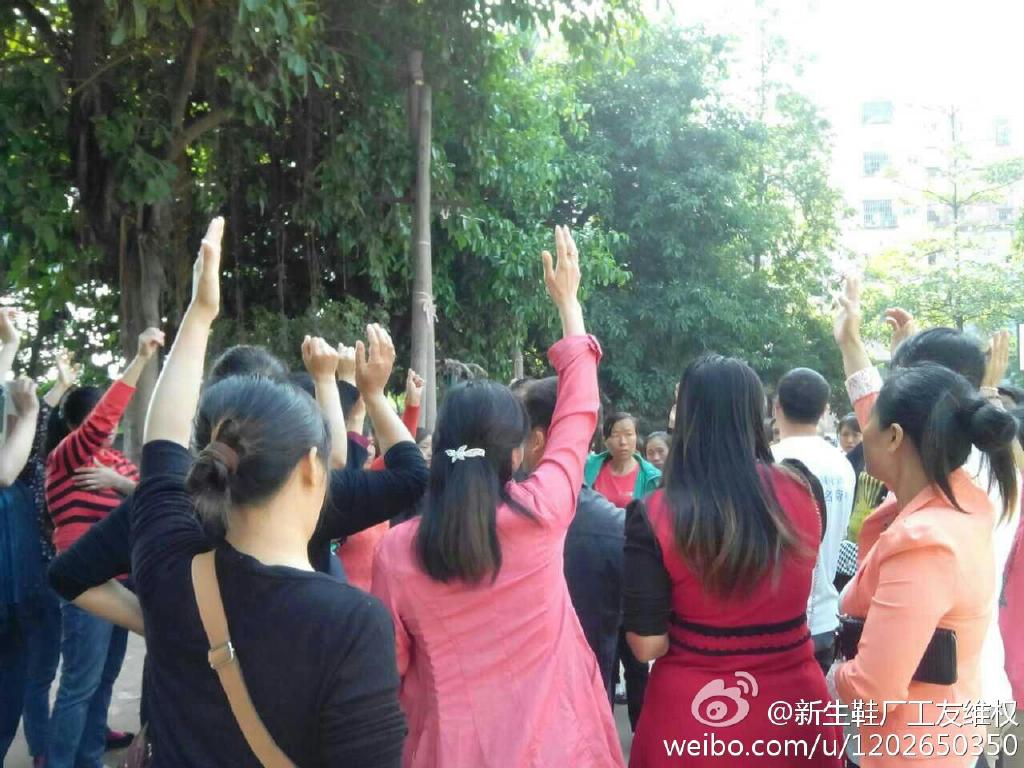 Xinsheng shoe factory workers voting on their next move.

“It was a hard-fought war. The workers faced repression, learned to forge alliances with other parties and most importantly made compromises when necessary,” said Chen Huihai, a collective bargaining expert advising the workers.

During the three-month campaign, workers not only elected their own representatives and engaged with management in collective bargaining, they also solicited help from the local trade union federation, and raised more than 16,000 yuan in donations for their strike fund, including one donation reportedly from high-ranking government official.