Food delivery workers in several major cities across China have reportedly taken strike action in response to cuts in pay and the oppressive demands placed on them by the major online platforms, Meituan and Ele.me.

The platforms have yet to openly admit that decreases in pay per order have led to strikes, but customers have taken to social media to complain about long waits and the lack of drivers picking up their orders.

“Crowdsourced drivers” (众包骑手) for Meituan reported that they once made around 2,800 yuan per week, but that has dropped to around 2,000 yuan. A “special delivery driver” (专送骑手) who worked 12 hours a day with one or two days off per month said that they earned just over 7,000 yuan per month.

CLB’s Strike Map shows that last week Ele.me drivers in Hefei and Shanghai and Meituan drivers in Chengdu went on strike. Screenshots shared online show that drivers only made around 3.5 yuan for a three-kilometre journey. Drivers reportedly also went on strike in Guangzhou and Shenzhen as their income fell by more than 1,000 yuan per month. 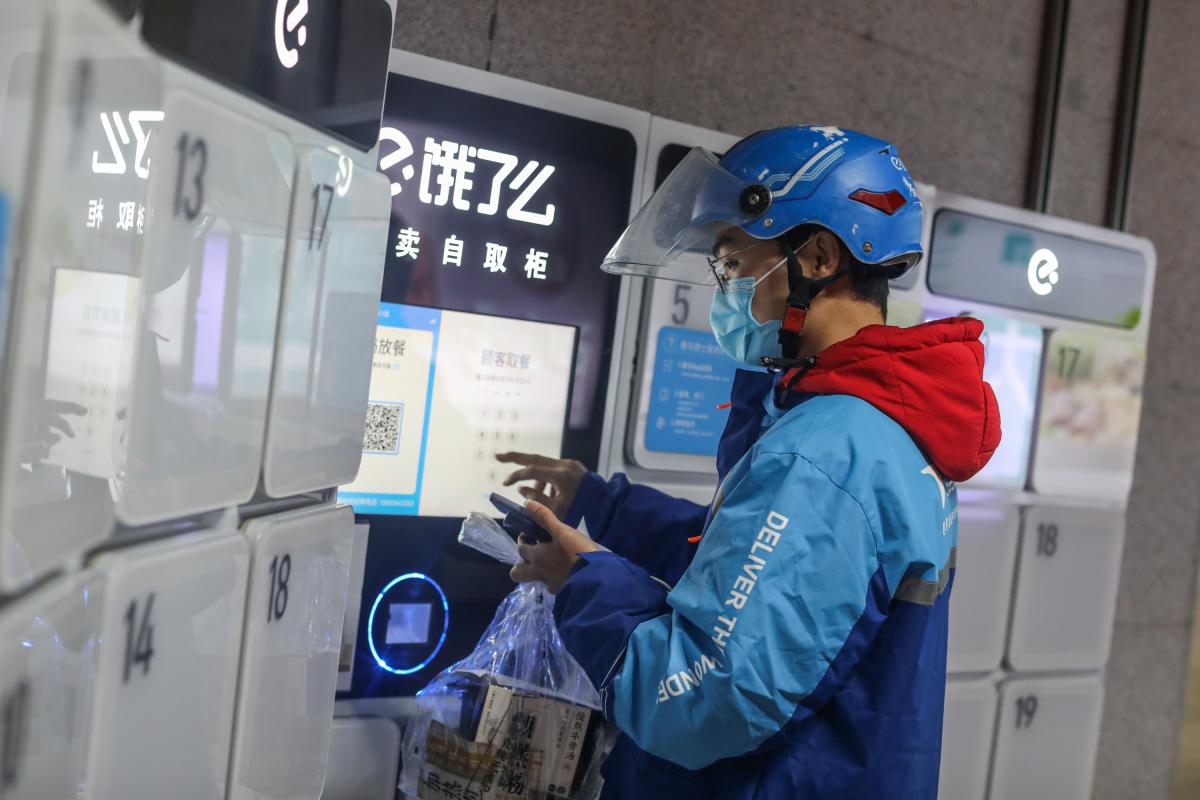 In addition to taking collective action, some drivers have sought to expose the unachievable delivery targets and penalties dealt out to drivers for bad reviews, cancelled orders or falling short of delivery time targets.

In a solitary act of defiance last week, a delivery worker surnamed Yang registered an account on Meituan and accepted 253 orders, then immediately deregistered his account. If he had actually delivered the 253 orders, he would have driven 953 kilometres and earned just 1,200 yuan.

Still, Yang clicked “collected order” and “delivered” and was credited with the 1,200 yuan. But he didn’t withdraw the money. Instead, before signing off for good, he posted about his actions online, stating that “Meituan’s tyrannical clauses (霸王条款) are truly disgusting.”

In a case in point, when a driver in Ningxia refused to take out rubbish for the customer, he received a 50 yuan fine and a limit imposed on the number of orders he could accept.

The government has launched an anti-monopoly drive against big tech, fining platforms in the billions, the equivalent of a week or so of revenue. Their CEOs are lying low. But so far, regulatory action has not addressed what these platforms actually do with their monopolies, namely creating unbreakable systems where restaurants pay more for hosting, consumers pay more for takeaways, and drivers earn less.

Meanwhile, local trade union officials seem oblivious to the problems faced by China’s millions of food delivery workers. See our report on the response of the union to the death through overwork of a driver in Beijing and a self-immolation protest by a worker owed wages in arrears in Taizhou.