A four day search and rescue operation involving hundreds of workers in China’s coal heartland of Shanxi was called off on 23 April after the 21st and final body was discovered in the flooded Jiangjiawan Coal Mine near Datong. Earlier three miners had been rescued alive.

A total of 247 miners were working underground when the accident occurred in the early evening of 19 April; 223 workers managed to escape at the time. Official media reports suggested the flooding had been caused the accumulation of water in an abandoned section of the mine. 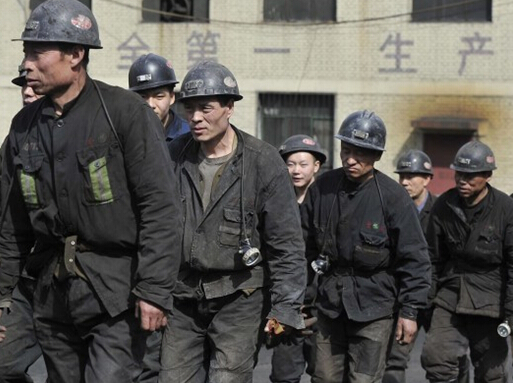 Rescue workers at the Jiangjiawan Coal Mine near Datong

It was the third coal mine flooding incident recorded so far this year on China Labour Bulletin’s new Work Accident Map. Seven workers died during a flood at a mine in Anhui on 31 January, and another two workers died in a flood near the far north-eastern city of Qitaihe on 5 April.

Safety in China’s coal mines has steadily improved over the last decade but this is largely due to indstry consolidation, falling coal prices and slowing demand. According to official figures, there were 931 fatalities in China’s coal mines last year, the lowest level for more than 20 years, and less than one sixth of the death rates recorded at the height of China’s coal boom in the mid-2000s.

The Jiangjiawan Mine was owned by the Datong Coal Mine Group, one of China’s largest coal mining companies. The group was involved in another major accident nine years ago, on 5 November 2006, when a gas explosion at the Jiaojiazhai mine, operated by its subsidiary, Xuangang Coal and Power, killed 47 miners.

The Jiaojiazhai explosion was almost certainly related to rapidly increasing production at the mine during the 2000s. By the October of 2006, the mine had already produced 1.07 million tonnes of coal, which was not only more than its annual production quota but also the first time in the 48-year history of the mine that it had produced more than one million tonnes in a  single year.