About one hundred workers at Eurotec Electronics in the southern manufacturing city of Zhongshan went on strike on 6 December in protest at dangerous working conditions. See photo below. 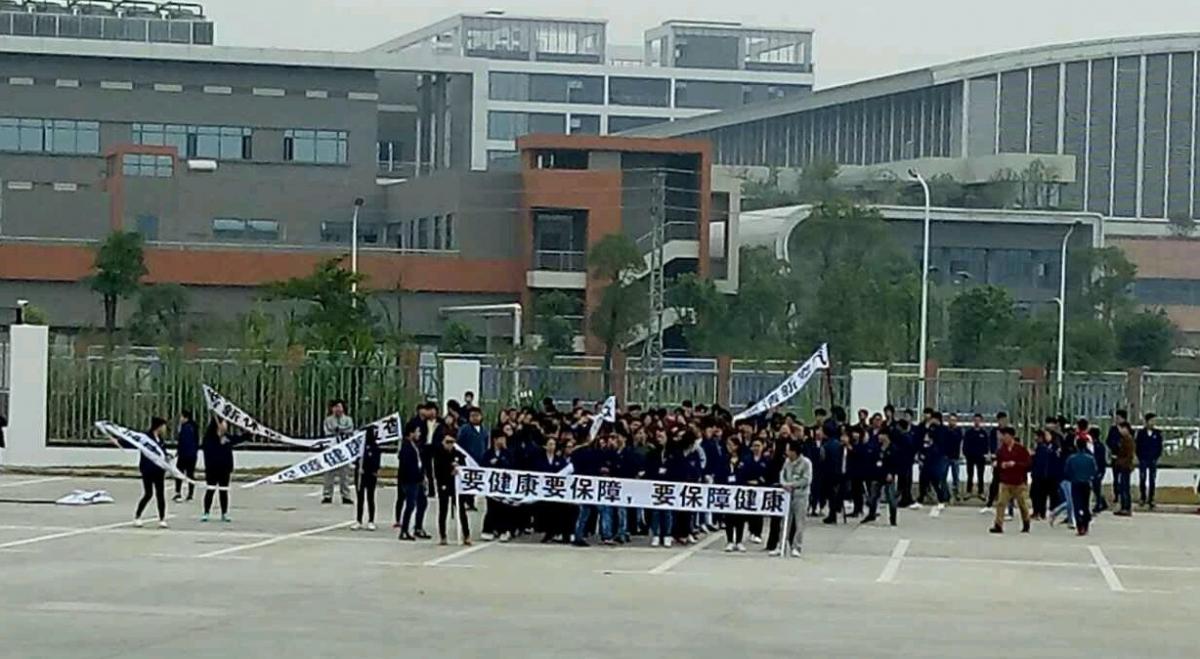 About 80 percent of the workforce had complained of dizziness, headaches, coughing, weakness and blurred vision since the factory relocated to a new facility in September. They said the production lines were sealed, causing them to directly inhale the fumes, which workers suspected were a lingering residue from the factory renovation, according to a report from Guangdong Radio and Television.

In early November a 38-year-old worker came down with a high fever and was hospitalized. After examination, the doctors diagnosed him with leukaemia.

Workers bought their own testing devices and discovered that levels of dangerous chemicals like formaldehyde were three to ten times the recommended safe level. Workers then contacted the local work safety department on 28 November, and after an investigation, the government told the workers on 4 December that their suspicions were correct.

The local government ordered an investigation by a third party to check for hazardous materials at the factory to be completed before 30 December. Zhongshan Eurotec however played down workers’ concerns; a spokesman said that it was highly unlikely that workers could fall ill in such a short time.

During the protest, a woman rumoured to be a trade union representative was seen on video pleading with the workers to remain calm before the results of the tests were confirmed. She also asked workers to select representatives for negotiations with the company but the workers shouted that they felt threatened by management. Police soon arrived on the scene.

According to Article 52 of China’s Work Safety Law, workers have the right to stop any work that they deem unsafe. In addition, the company may not retaliate against any workers who stop work for safety concerns, like docking pay, benefits, or dismissing workers who take action.

Eurotec Electronics is owned by Music Group, one of the world’s largest audio equipment manufacturers, making products for global brands like Behringer and Midas.