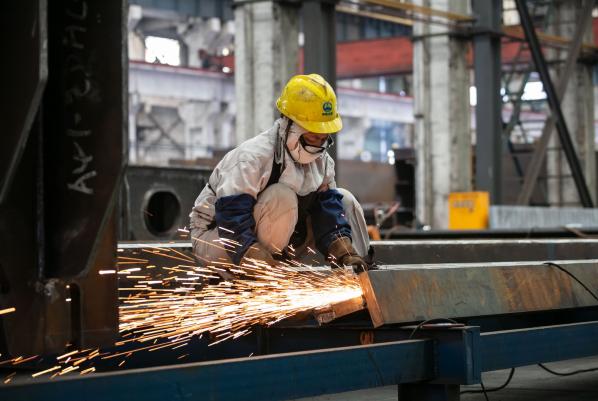 China’s economic troubles are revealed in China Labour Bulletin’s data on labour challenges that workers face. According to data collected in August 2022 in our Strike Map, Workers’ Calls-for-Help Map, and Workplace Accident Map, the effects are particularly acute for migrant workers in the construction sector and in the steel and coal production industries.

But first, don’t miss the content CLB has published recently:

China’s real estate industry going into recession is evident in both CLB’s Strike Map and Workers’ Calls-for-Help Map, with many wage arrears incidents in August 2022 related to property construction and development. A development company called Greenland Group saw workers post online about wage arrears in Taiyuan, Shanxi province, and stage a sit-in strike in Xi’an, Shaanxi province. In Qingdao, Shandong province, over 100 workers were owed wages for renovation projects at a housing development.

At a Vanke property in Xi’an, workers posted online that over twenty workers had completed work on the interior walls and roof of a property in July 2021, but the manager of the construction company was only willing to settle the wages for the work on the walls. In April of 2022, workers sought out the project manager to negotiate resolution but received no reply. The workers were owed 770,000 in wages, and by the time of their posting, they were in great financial distress as a result of the ongoing pandemic and their children starting the school year.

Meanwhile, the official trade union in the city of Xi’an has been carrying out activities aimed at migrant workers and their children, including organizing trips for the children to visit the construction sites where their parents work, and hosting craftsmanship competitions jointly with construction companies. However, these activities have not reduced wage arrears or ensured that migrant children have access to education.

China’s steel and coal industries are facing production cuts and layoffs, and this was indicated in our mapping data, particularly in Henan province. CLB previously reported on Henan Anyang Iron and Steel Group notifying employees that the company would reduce salaries by 30 percent starting in August and bonuses and benefits would also be affected. Elsewhere in Anyang, almost 100 coal miners raised a banner to protest wage arrears and unpaid insurance benefits for over ten years at the Xinlong Coal Mine. The special police unit was dispatched in the same area, reportedly related to this protest. 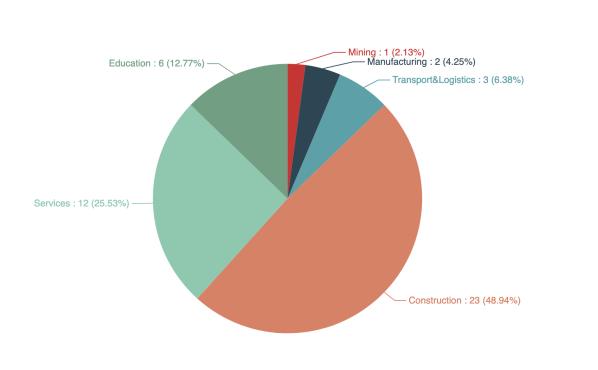 In August 2022, a total of 47 collective actions were recorded in CLB’s Strike Map, on par with July 2022 figures (51 recorded) but half as many as August of last year (95 recorded in August 2021). Among them, the construction industry recorded the most incidents, accounting for 49 percent, up from only about one-third in July 2022. The proportion in the education sector (13 percent) is up from July, whereas workers in the transport and logistics and manufacturing industries took fewer collective actions compared to last month.

The majority of workers protested against wages in arrears, at a remarkable 98 percent. Only about 11 percent of cases involved over 100 workers. Although the outcome of incidents is not known in almost 70 percent of the cases, we do know that the government intervened in about 20 percent of the remaining cases, on par with July figures. 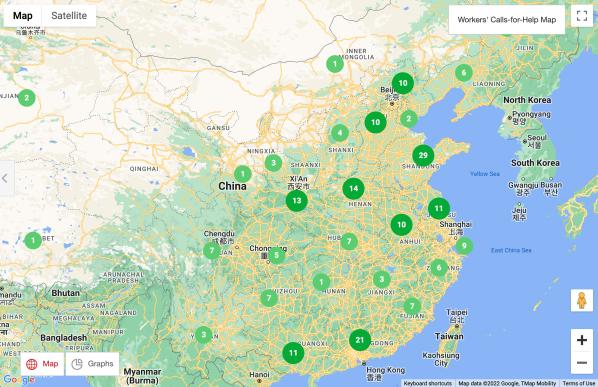 The Workers’ Calls-for-Help Map recorded 208 labour disputes in August 2022, compared with only 115 recorded in August 2021. The service (44 percent) and construction (34 percent) industries once again accounted for the largest proportions. Workers' demands are largely for wages, at 96 percent of incidents. The number of people involved in these disputes was mostly between 2-50 (64 percent). The proportion of workers seeking government mediation and online attention accounted for 44 percent and 48 percent, respectively. 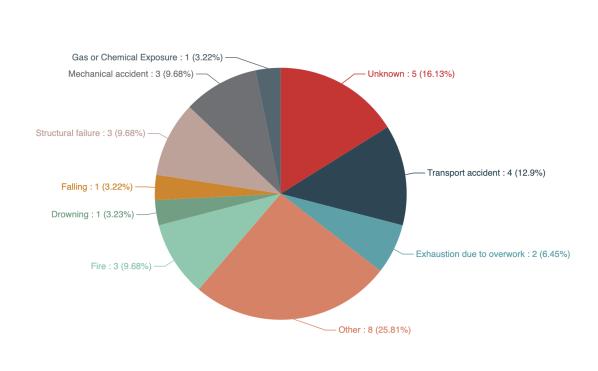 August 2022 data from our Workplace Accident Map shows many accidents in the construction and coal mining industries. This includes four tower crane accidents, resulting in at least three deaths and three injuries among them. Many construction sites have required work in the record-high temperatures that have swept China this summer, and these conditions have led to serious accidents.

For example, on 7 August, a construction site in Wuhan ignored guidelines for high-temperature work and continued to arrange outdoor open-air operations, causing a tower crane driver to fall to his death. On 12 August in Shandong province, another tower crane driver fainted from heat stroke while working. China’s Workplace Safety Law contains provisions protecting workers who walk off the job because of seriously unsafe conditions, but without adequate reporting and oversight mechanisms - notably from the official trade union - these provisions are meaningless and workers will continue to risk their lives every day.