Demands to deliver: The work hazards and pressure imposed on China’s millennials

Every lunchtime, China’s cities swarm with young motorcyclists rushing to deliver food orders to young office workers trapped at their desks with no time to take a proper lunch break.

For some observers, this scene is emblematic of China’s forward-thinking, fast-paced, high-tech urban landscape but it is also reveals many of the dangers faced by young workers who are just starting out on their careers. 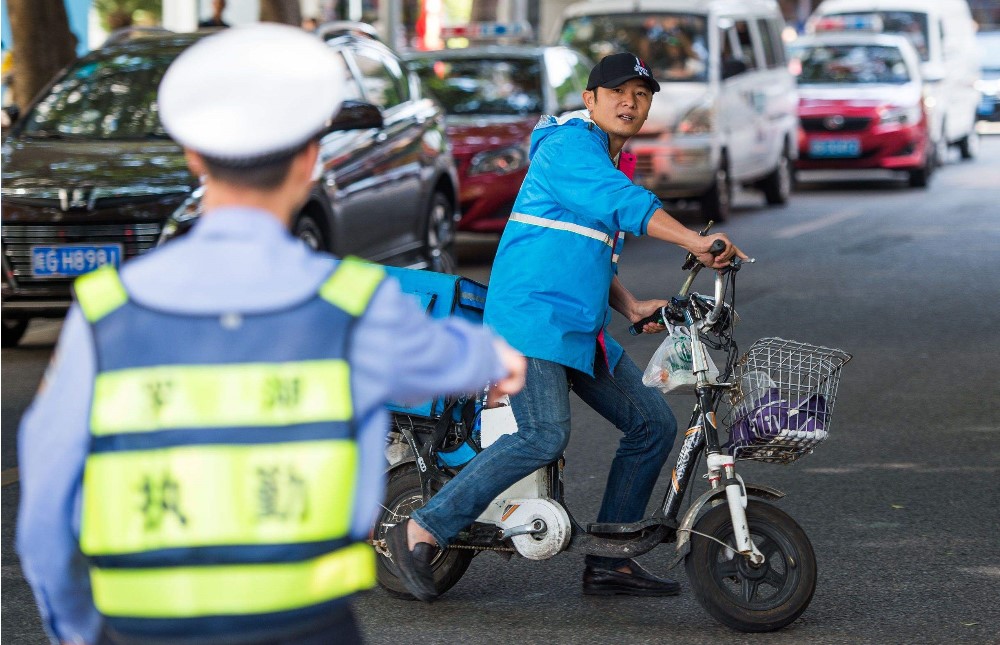 A police officer confronts a food delivery worker in Shenzhen

To mark tomorrow’s World Day for Safety and Health at Work, which focuses this year on workers aged 15 to 24-years-old, CLB looks at the risks for younger workers in China who are often vulnerable to work-related injuries and illness because they lack training, safety awareness and have limited bargaining power to ensure a safe working environment.

Food delivery worker is a fast-growing profession and is also currently one of the most dangerous jobs in China. Last year in Shanghai, one food delivery worker died or was badly injured in a traffic accident every two and half days on average, while in nearby Nanjing, there were 18 accidents involving delivery drivers every day.

The situation in Shenzhen is so bad that this year the city’s police introduced a range of punitive measures to crackdown on food delivery drivers who disobey traffic regulations. However, most delivery workers have no option but to break the law because demand is so high, delivery times are so short and they are penalized for late deliveries.

Delivery workers have little job security and often have no medical or accident insurance provided by their employer. However, many young people are willing to take the risk because they believe they will not be the one to have an accident.

One such worker was 23-year-old Yang Song, who was delivering lunch orders in downtown Chongqing last year when he lost control of his motorcycle and crashed at a busy intersection. He suffered severe cranial damage and died in hospital the next day. He had no insurance and the outstanding loan on his motorcycle had to be paid off by his parents.

The office workers Yang was delivering to do not face the same immediate dangers but numerous studies have shown that office workers in China are also under tremendous stress and pressure from their employer.

In extreme cases, white collar workers are physically abused or publicly humiliated if they fail to reach their targets or dare to confront their employer over pay and working conditions. In January this year, workers at call centre in Shijiazhuang were physically attacked by managers after they protested mass layoffs. One manager was heard yelling: “If you want to sue us, sue us, if you want to quit, then quit, but when you’re here, you obey the company!”

Nearly all office workers are forced to work long hours with very little time off. In a 2017 survey of white collar workers by employment website Zhaopin, a third of all respondents said that (apart from national holidays) they took no vacation at all, while another 25 percent took only one to five days’ vacation each year.

The overwhelming majority of office workers suffer from sleep disorders, which can lead to long-term health problems like cardiovascular disease, anxiety and depression. In a television news report last year, Zhang Shu of the Chinese Academy of Medical Sciences warned of an alarming increase in the number of young people dying from heart attacks that were directly linked to stress at work. 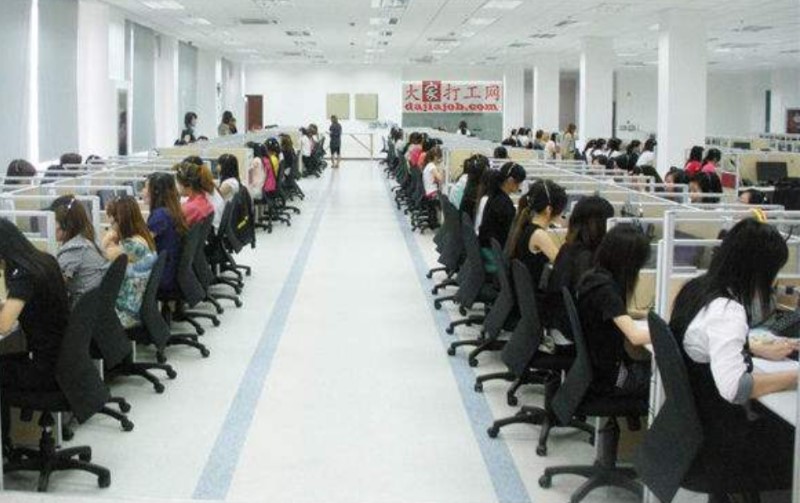 For many young people the work pressure they have to endure just to earn a decent living, let alone become a success in the eyes of their parents, is simply not worth it. Millennials are increasingly opting out of the rat race and attempting to set their own work agenda and life goals As Yuan Yang noted in the Financial Times.

Society puts pressure on young people in China to find a good job, buy an apartment, and get married — in that order, before the age of 30. But economic restructuring, soaring house prices and increasing numbers of students in higher education are making those goals harder for millennials than they were for their parents. At the same time, millennials have developed different visions of the “good life” to their parents. This generation wants something new from China, and in pursuing it they are changing China, too. A quiet revolution is under way.

This quiet revolution is still largely a middle-class endeavour but some less advantaged young people are also embracing slacker culture and doing just enough to get by. At the Sanhe job market in Shenzhen, which concentrates on day-to-day casual employment, job seekers have basically “given up on being successful and just need some cash to get through the week.”

While this trend is not going solve the work safety problems for the young workers that remain, the lack of people willing to do dangerous and overly stressful jobs might eventually force employers to improve working conditions.

Eventually however, as noted in CLB’s introduction the work safety in China, the trade union will have to take a far more proactive role and ensure that all employees, especially in new service industries that rely on flexible labour, are properly trained and have the safety equipment they need to perform their assigned tasks. Trade unions should encourage workers to raise safety concerns and protect whistle-blowers from management reprisals. Once hazards are detected, the trade union should act immediately to rectify the situation, and demand that production be shut down if necessary.

This might also help to convince China’s millennials that the trade union is working in their interests but based on the current reality, the union has got a lot of convincing to do.