A decade on, China’s Labour Contract Law has failed to deliver

The Chinese government had high hopes for the Labour Contract Law when it went into effect ten years ago on 1 January 2008. It was heralded as a “protective amulet” (护身符) for employees; a well-crafted and comprehensive piece of legislation that could guarantee China’s workers a broad range of rights and benefits.

The new law was designed to bolster the protection provided by the Labour Law, which had been enacted two decades earlier in 1995, but it soon became apparent that the Labour Contract Law would be just as ineffective as its predecessor.

There was an initial push by local governments and the trade union to ensure that China’s most vulnerable workers, rural migrants, signed formal employment contracts as prescribed by the law but the initiative never gained momentum. A National Bureau of Statistics survey of migrant workers in 2009 showed that 42.8 percent of migrant workers had signed a contract with their employer but, in 2016, that proportion had dropped to just 35.1 percent.

And it is not just migrant workers who are unable to secure a proper contract with their employer. Huge numbers of state-owned enterprise workers have been reassigned or rehired as agency (劳务派遣) employees with fewer benefits and less protection than regular employees. Other workers in China’s fast-moving cities are having their contracts amended to allow for more flexible working practices, while the majority of workers in the new economy are simply hired as individual contractors or service providers rather than formal employees.

There was however at least one tangible benefit to arise from the implementation of the Labour Contract Law. The Chinese government did such a good job in publicising the new law in 2008 that hundreds of millions of workers were made aware of their new rights. These workers quickly understood that although their employers and the government did not really care about implementing or abiding by the law, they could still use it to defend their rights.

Workers also used the new law to articulate specific demands in their collective disputes with management. For example, when American retail giant Walmart suddenly announced the closure of its store in the southern city of Changde in the spring of 2014, employees staged a three-month protest arguing that the company had violated legal procedures during the closure process and therefore, based on Article 87 of the Labour Contract Law, should double the severance pay being offered. 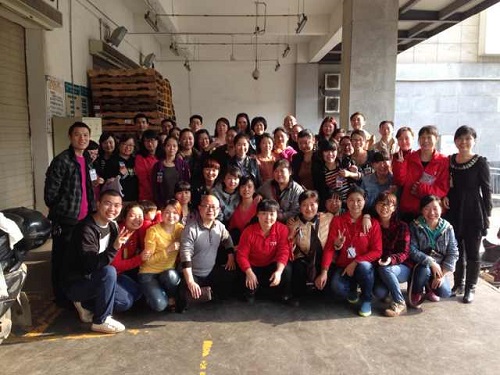 The workers eventually lost their arbitration suit but as the Financial Times pointed out at the time, it was a Pyrrhic victory for Walmart. The company agreed to pay the core protestors an additional 3,000 yuan each and spent far more in legal fees and other costs than it would have done if it had simply followed legal procedure in the first place.

The business community in China was fundamentally opposed to the Labour Contract Law during its drafting process and has done everything it can to undermine it since. Today, business owners and many government officials seem more determined than ever to roll back China’s labour laws and reduce the perceived burden on employers.

However, even if the Labour Contract Law is amended to make it more business friendly, this will not have the slightest impact on the number of labour disputes and worker protests in China. As CLB’s Strike Map clearly shows, the vast majority of worker protests today are related to very basic violations of labour law, such as the non-payment of wages and it is highly unlikely that the government will go so far as revoke the right of employees to be paid.

Individual employment contracts should be derived from collective contracts and this is the area we should really focus on. Properly negotiated collective contracts can determine fair and reasonable pay levels and benefits and, in that way, lessen the risk of the strikes and protests that we see every day in China.

Obviously, the local government can’t negotiate collective contracts for the workers so it is really up to the trade union to start doing its job and ensure that workers are properly represented in collective bargaining with management.

Good faith collective bargaining will in addition help employers realize that treating employees with respect and granting them the rights and benefits they are legally entitled to will not dramatically increase costs. On the contrary, it can help improve labour relations, increase productivity and make businesses more competitive in the long-term.

For a detailed and comprehensive analysis of employment practices, pay and working conditions in China today, please see our thoroughly updated and revised background article on Employment and Wages.