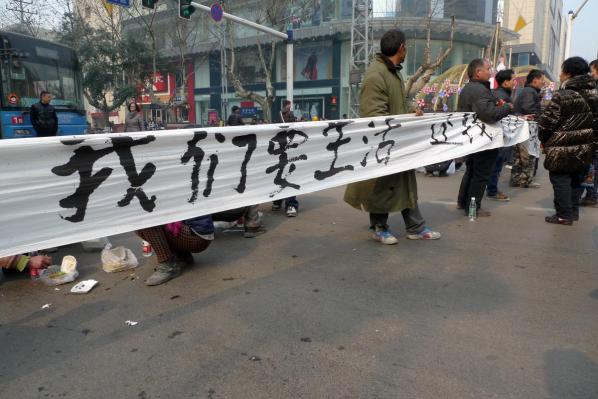 China was one of few countries that managed a reasonable economic recovery during the Covid-19 pandemic that began last year. However, China’s workers are yet to see their share, and, for many, wage levels and working conditions have deteriorated.

The average wage for migrant workers in China last year was just 4,072 yuan per month (US $630), a 2.8 percent increase, compared with 6.5 percent in 2019, the NBS reported. And even this modest increase was wiped out by price rises, with the headline inflation rate last year standing at 2.5 percent. Wage stagnation was further reflected in the decline in per capita consumer expenditure, which for China as a whole decreased by 4.0 percent last year, after taking inflation into account.

The NBS claimed that 11.9 million new jobs had been created in urban areas last year. The new jobs available to migrant workers, however, tended to be low-paid and precarious employment in the service sector. For example, in the first half of the year, there was an influx of an estimated half a million workers - many laid off from factories - into the food delivery industry.

Despite lower pay and precarious employment, the number of worker protests in China dropped. China Labour Bulletin’s Strike Map recorded just 800 collective protests by workers in 2020, compared with 1,385 incidents in 2019 and 1,706 in 2018.

Instead of staging collective protests that risk infection from Covid-19 or repression by the authorities, many workers made appeals directly on social media to air their grievances. These appeals, which are now collected on CLB’s new Workers’ Calls-for-Help Map, show that many workers faced even greater difficulties last year and that long-standing grievances remained unresolved.

Like the Strike Map, the Workers’ Calls-for-Help Map has been dominated by workers’ demands for payment of wages in arrears, a problem that will undoubtedly intensify in the runup to the Lunar New Year Holiday in mid-February when migrant workers traditionally demand long-overdue wage payments.

The government has announced countless legislative and administrative initiatives over the last two decades in an attempt to tackle wage arrears, but the problem has stubbornly persisted This was tragically highlighted on 11 January this year when Liu Jin, a food-delivery worker in the eastern city of Taizhou, set himself alight in a protest over wages he said were owed by his employer Ele.me. As noted by The Economist, the incident illustrates the serious and wide-ranging problems confronting China’s official trade union, which has vowed to improve conditions for workers in the gig economy.