In the 1980s and 90s, millions of young labourers from the Chinese countryside flooded into the cities to work on construction sites; building roads, bridges, airports, residential and commercial properties, as well as ostentatious new government offices.

During the 2000s, as population growth slowed, fewer and fewer young workers followed and soon the average age of construction workers started to climb. Today, it is virtually impossible to find anyone younger than 30 working on the construction sites of major cities. On some work sites in Shenzhen, for example, more than 90 percent of the workers are reportedly over 50-years-old.

While the problem is not so severe in smaller cities and the less economically developed regions of China, there is little doubt that China’s 40 million construction workers are getting a lot older, with the majority probably already over 40. Moreover, this ageing trend is likely to continue in the future as younger workers shun what is a dangerous, insecure and poorly paid occupation, and older employees are forced to stay on the job because they have no pension or any other form of social safety net to support them in their old age. 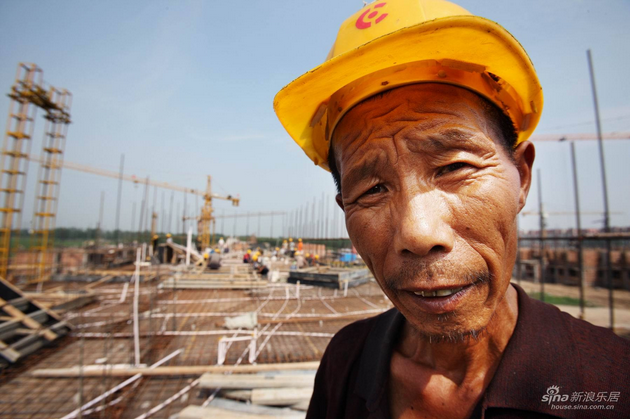 In 1982, shortly after the introduction of the one-child policy in China, 33.6 percent of the population was under the age of 15, creating a huge pool of potential workers. Three decades later, in 2013, that proportion had shrunk to stand at just 16.4 percent. In addition, students were staying in school longer, further reducing the numbers entering the workforce, and at the same time raising the expectations of job seekers when they graduate.

Today, construction is one of the least attractive options for young workers in China, and with very good reason. Wages in the construction sector have increased steadily over the last decade to the point where labourers can now make 5,000 yuan a month if they work every day. However, the majority of construction workers do not actually get paid at the end of each month as required by law.

A survey of 1,445 construction workers in five cities across China in 2013 found that only 20 percent of them got paid on a regular monthly basis. The most common practice was for workers to be paid a portion of their salary for daily expenses and the remainder of the salary on completion of the project. Many workers however never get paid at all, or end up with just a fraction of what they are owed.

Wage arrears have blighted the construction industry for decades now and, despite repeated promises by the government to tackle it, the problem has actually got worse over the last year or so. The general economic slowdown, combined with the slump in the property market, meant that many construction projects ran into difficulty last year. And in times of economic difficulty, it is the workers who are always the last to be paid.

In addition to not having a guaranteed wage, the vast majority of construction workers have no employment contract, no pension, and no medical or work-related injury insurance. Accidents are common and workers are unlikely to get any compensation apart from payment of their immediate medical bills. If they are disabled and unable to work after an accident, they will most likely be discarded by the employer and left to fend for themself.

The majority of long-term construction workers have little choice but to continue working in the industry. Most have little education or the skills to work in other sectors, while those in their 40s and 50s find employment opportunities particularly limited. Many workers continue into their 60s because they simply cannot afford to retire. This presents additional risks because as they get older their ability to work long hours diminishes and the likelihood of serious injury increases.

There is an urgent need to get younger workers into the construction industry. But that is unlikely to happen unless construction workers are paid in full and on time, there is marked improvement in worksite safety, and the trade union is restructured so that it can effectively represent the different trades in the industry, plumbers, electricians, plasterers etc., and thereby raise wages.

The first step however is to tackle the multiple lawyers of sub-contracting that currently pervade the industry, making it virtually impossible for construction workers to get a formal employment contract and a regular monthly wage. As China Labour Bulletin Director Han Dongfang pointed out earlier this year:

Demographics might just be the instigator of that change. Once the developers, contractors and subcontractors realise they cannot get any new workers under the existing system, they may be forced to change the way they work and create an employment system that is more in line with needs and demands of today’s workers.