Can workers be shorted workplace injury compensation by being held partially at fault for the accident?

Not according to the law, but CLB’s case study shows that employers act with impunity while the authorities look the other way and the union relies on cumbersome legal procedures

In March 2022, a worker named Xu* was severely injured on the factory floor in Guangdong province when a mould shattered. His injuries required immediate surgery, and his medical expenses were 60,000 yuan.

Xu’s work unit applied to have the accident deemed a work-related injury, but then the company divided the costs for the accident, requiring the supervisor to take on one percent, Xu’s line manager to shoulder two percent, and Xu himself to pay two percent (1,500 yuan). The company would bear the remaining 95 percent.

Xu joined the company in 2021. He never received occupational health and safety training for his job producing trial products for a technology company. The cause of the accident was that the mould machine’s pressure was too high, breaking the product and flinging fragments at Xu. 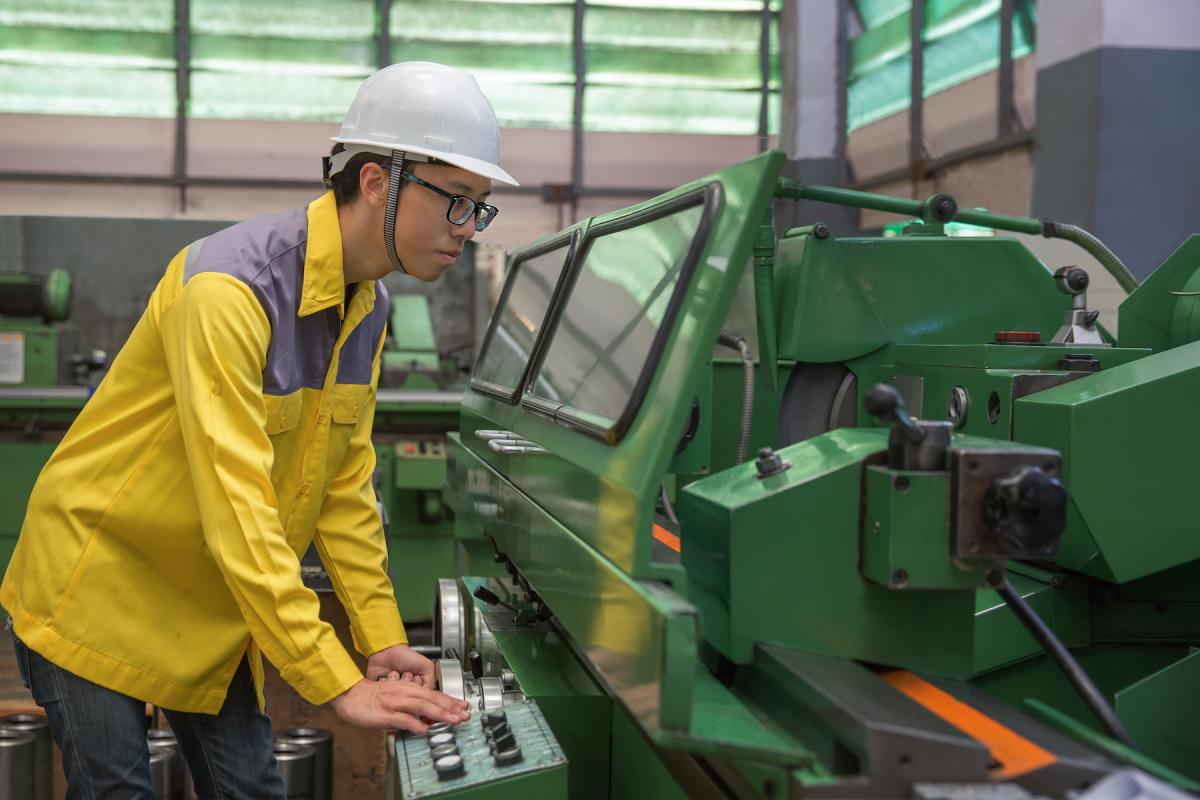 China’s Work Safety Law mandates that employers provide safety training and that workers who have not had relevant training may not perform such work. According to China’s Social Insurance Law and the Regulations on Work Injury Insurance, no-fault principles apply to compensation for work-related injuries suffered by workers.

In the official application to have the accident deemed a work-related injury, the supervisor and line manager are listed as bearing some of the fault, but Xu’s liability is not mentioned. However, given his company’s insistence, Xu agreed to pay two percent of the cost, as he wanted to keep his job after his recovery.

Xu’s case shows how companies are willing to break laws and cover their tracks with inaccurate paperwork without fearing any consequences.

A social worker with the pseudonym Zhang, whom Xu turned to for advice, said that the company insisted on Xu shouldering some of the costs as a warning to other workers to be more careful when operating machinery. “It may be a management strategy,” Zhang said.

Zhang said that in cases of workplace injuries, “companies are usually willing to talk.” In this case, Xu’s sister mediated with the company, and Xu’s brother became the family’s primary breadwinner. This additional burden on family members is common in workplace injury cases.

“He was totally reliant on his sister to communicate with the company,” Zhang said. Thanks to her efforts, the proportion of the injury that was covered by social insurance was paid directly to Xu.

Zhang said that government intervention is not always in the worker’s interest, as the local authorities often care about factors that have nothing to do with the case. The authorities may consider the “social impact,” such as workers petitioning the government, or that the case might receive negative attention.

Instead, the government should actively guide enterprises to abide by the law and should impose severe punishments on enterprises acting illegally, so as to have a deterrent effect and fully respect and protect the rights of injured employees.

Not only did the authorities not intervene in Xu’s negotiation with his employer, but also the official trade union was unhelpful.

China’s Work Safety Law provides that the union supervise safety at the workplace level, and the Trade Union Law stipulates that unions should supervise the implementation of labour laws more generally.

Although Xu’s sister called the trade union hotline, the union official said that they needed to first confirm his injury and then start arbitration for workplace injury compensation before applying for legal aid.

The union turning workers away or relying solely on established legal channels is a pattern that works against the union’s official mandate to represent workers and defend their rights and interests. 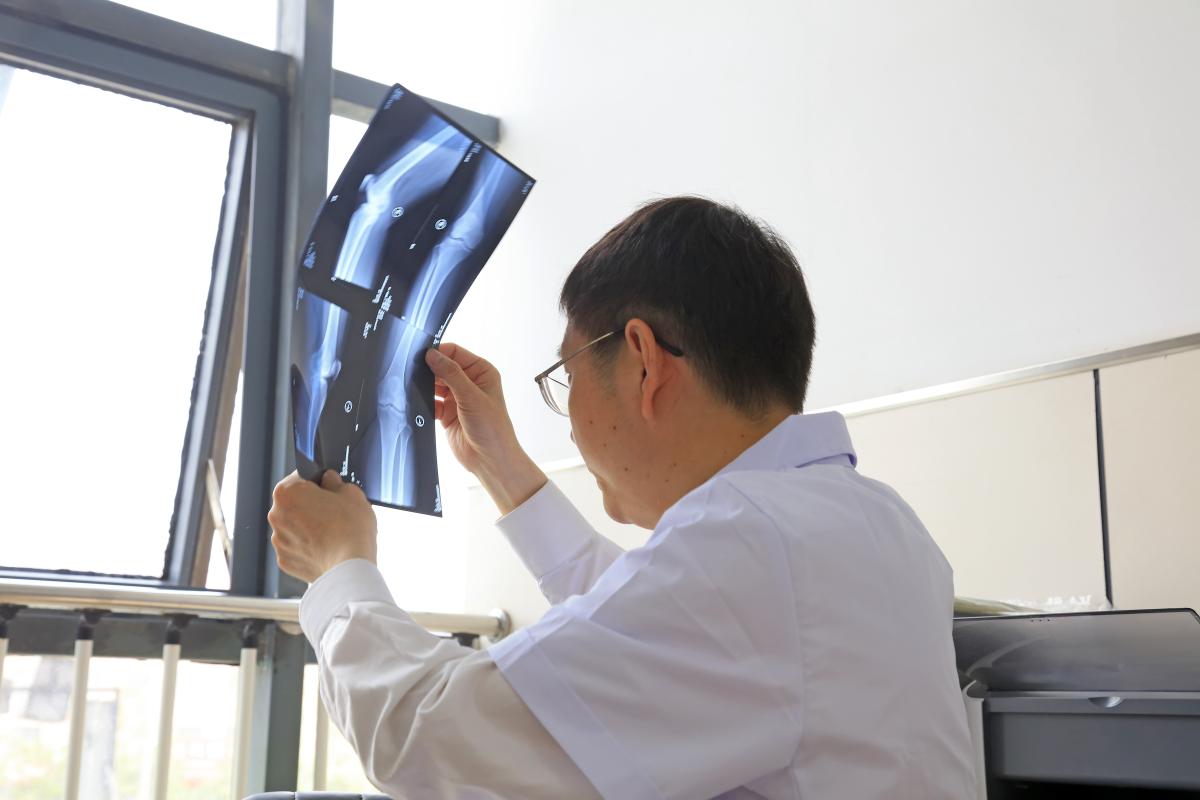 Following Xu’s surgery, Zhang said the family did not have the money to pay for additional medical costs. “He went to small clinics, but not a proper hospital, so his recovery has been slow.”

Xu suffered a grade 9 work-related injury, meaning partial damage to an organ and moderate functional deficiencies, and though the hospital said it would take him four months to recover, he still felt the effects of his injury after that period had passed.

Zhang said that the company was reasonable in some respects. Xu’s workplace continued paying him more than half of the average local salary during his recuperation period. After that time, he was paid the local minimum wage, and the company continued to pay his social security benefits.

However, Zhang said that there was a chance that once Xu goes back to work, the company might begin to deduct the wages he received after the recuperation period had passed, once the company had received the employment subsidy. Therefore, Xu’s fight for compensation is ongoing.

And if the company still insists on Xu paying two percent of the workplace injury compensation, Zhang said it would not be worth going to court to push that point and receive the 1,500 yuan.

Legal barriers like these can lead workers to decide it is not in their interest to fight for their legitimate rights and interests. Though assigning responsibility for a workplace injury is clearly against the law, the company pursued this arrangement anyway and so far has gotten its way.

And it has been Xu’s family, rather than the trade union, who had to step in to negotiate and provide for the family Xu supports.

Workers are not to be blamed when injured while performing labour in unsafe conditions and also should not bear the unjust burden of pursuing rightful compensation for being harmed.

Grassroots unions have been urged to exercise greater supervisory authority over local compliance with labour laws, and although it is unclear whether what happened to Xu is an isolated incident or broader trend, the union could rectify this individual case and also issue industry-wide notices on proper compliance with workplace injury laws.

*For the worker’s protection, CLB is not disclosing the worker’s name, company name, or precise location of these events.