A fire in the southern outskirts of Beijing last Saturday evening killed at least 19 people and injured eight others, nearly all of them migrant workers.

The fire occurred in a two storey building in Xinjian Village just inside Beijing’s Sixth Ring Road. Most of the victims were living in tiny sub-divided flats on the second floor, above ground floor shops and a small storeage facility in the basement. Residents were trapped in their rooms or caught in the labyrinthine hallways that quickly filled with black smoke. 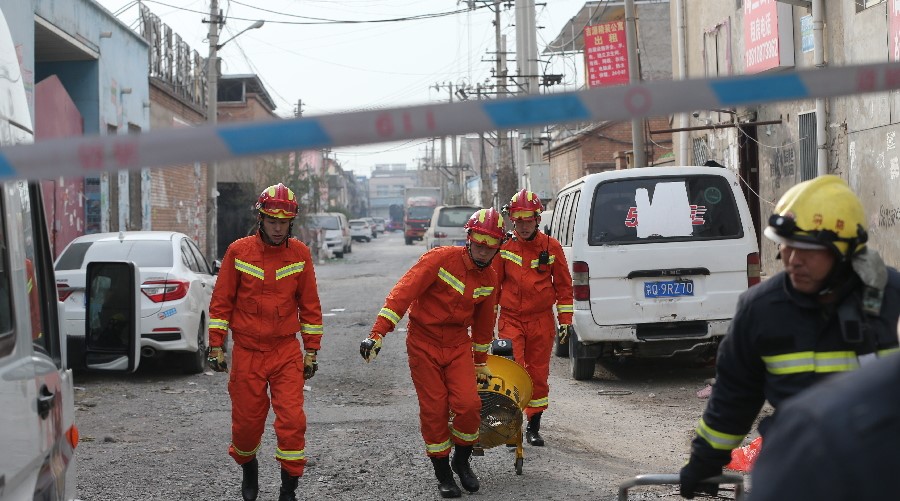 Firefighters returning from the scene of the fire on Sunday: Photograph China Daily.

Saturday’s tragedy is an almost an exact replica of an incident six years earlier in 2011 that occurred just a few kilometres away in Nanxiaojie, inside the Fifth Ring Road. That fire, at an illegally constructed garment factory, killed 18 migrant workers and injured 23 others. The cause of that fire was thought to be shoddy wiring, and fire engines were blocked from reaching the site of the fire by the maze of garment factories and cluttered alleyways.

There were 82 garment manufacturers crammed into Xinjian Village. The building where the fire occurred, “Gathering Good Fortune Apartments,” and its neighbouring structures were draped in tangled power lines, and their exteriors darkened by age. The second floor contained more than one hundred cramped ten-square-metre rooms, some housing three to four people, and the whole floor was serviced by just two staircases. 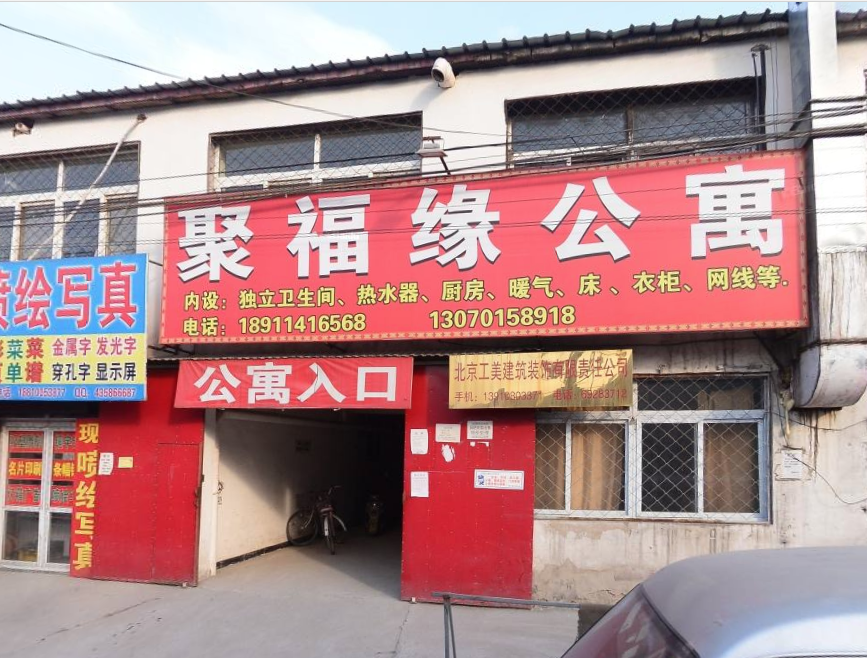 Many residents had just returned to their rooms when the fire began at around 6.00.pm on Saturday evening. The hallways quickly filled with smoke and many survivors said they had to crawl down the stairs to escape.  Witnesses reported that one woman fled the building with an unconscious child in her arms and dozens of residents suffering from smoke inhalation were seen vomiting by the roadside.

More than 30 fire department vehicles eventually arrived on the scene. Firefighters had to smash windows and doors to rescue residents, whose bodies were blackened when pulled from the building. The windows outside the second storey were covered with wire, and residents were seen smashing windows from within in an attempt to escape. Smoke rolled out the broken windows, but many workers could not escape.

Several people working nearby helped in the rescue effort as the fire raged on. One delivery worker who was passing by reportedly rushed into the building and grabbed a young man from the second story and dragged him down the steps to safety.

The official cause of the fire is still under investigation, however a total of 18 suspects have already been detained by police, including seven staff at the apartment block, seven electrical workers, and four workers at a refrigeration facility in the building’s basement which may have been the source of the fire. Authorities quickly cordoned off the area and prevented journalists from entering. Media outlets have been instructed to follow the official Xinhua news agency in its coverage of the incident.

The Party Secretary of Beijing Cai Qi arrived at the scene on Sunday and called for a crackdown on fire and other safety hazards across the city, and the continued closure of industrial operations in the townships and villages of Beijing.

Xinjian village was already in the midst of a demolition campaign, beginning this month with the pulling down of illegal construction projects and then moving on to other existing residential sites. However, one shopkeeper said that demolitions were being delayed because of protracted negotiations with property owners.