In a short series on workers’ rights and collective action in India during the coronavirus pandemic and lockdown, P.K. Anand discusses three key examples of worker organizing and resistance.

As with the Indian Federation of App-based Transport Workers (IFAT), discussed previously, the All-India Gig Workers Union (AIGWU) arose as a direct response to challenges created by the rapid growth of the sharing economy and casualisation of labour in India. Over the last three to four months, the AIGWU has made concerted efforts to organize gig workers of platform-based services such as transport, logistics, hospitality and home services such as beauty and wellness, cleaning, painting, carpentry, plumbing, electrical appliance repair, etc.

Unlike IFAT, however, AIGWU is an initiative of the Centre of Indian Trade Unions (CITU), a national trade union which has guided the organizing strategies and actions of the workers. CITU was formed in 1970 and is affiliated with the Communist Party of India-Marxist, India’s largest communist party. CITU has a membership of more than six million, representing workers in both organized and unorganized sectors.  Unions affiliated with CITU have been active in pushing for better wages and working conditions in shipyards, ports, mines, plantations, and the public sector.

AIGWU’s organizing strategy and tactics differ from traditional modes and methods, which are usually based on residence or the workspace and where the escalation of workers’ protests moves logically from initial petitioning to final strike action. For the delivery workers, by contrast, strikes and demonstrations are a first response designed to command the attention of the platform and the state, thereby indirectly involving the customers in the process. The support of CITU has helped in carefully crafting workers’ actions, framing the demands and providing a sharp political impetus. Strategies have also been influenced by regional differences among major cities and the predominantly young demographic of the workforce.

The protests by the Swiggy workers in several cities in August proved to be a turning point for AIGWU, as they revealed the need to move from organic outbursts and build a more sustainable and strategically thought-out organization. In an interview with the author, an independent researcher associated with AIGWU added that it was crucial to coordinate among different unions and build worker capacity by helping them make their demands more cogent, providing them with a clear structure and ensuring that ideas and policy responses all emerge from within the workforce rather from any external agency. AIGWU has also received support from the All India Information Technology and Information Technology enabled Services Employees' Union (which is also affiliated to CITU), helping it to expand its social media presence'. 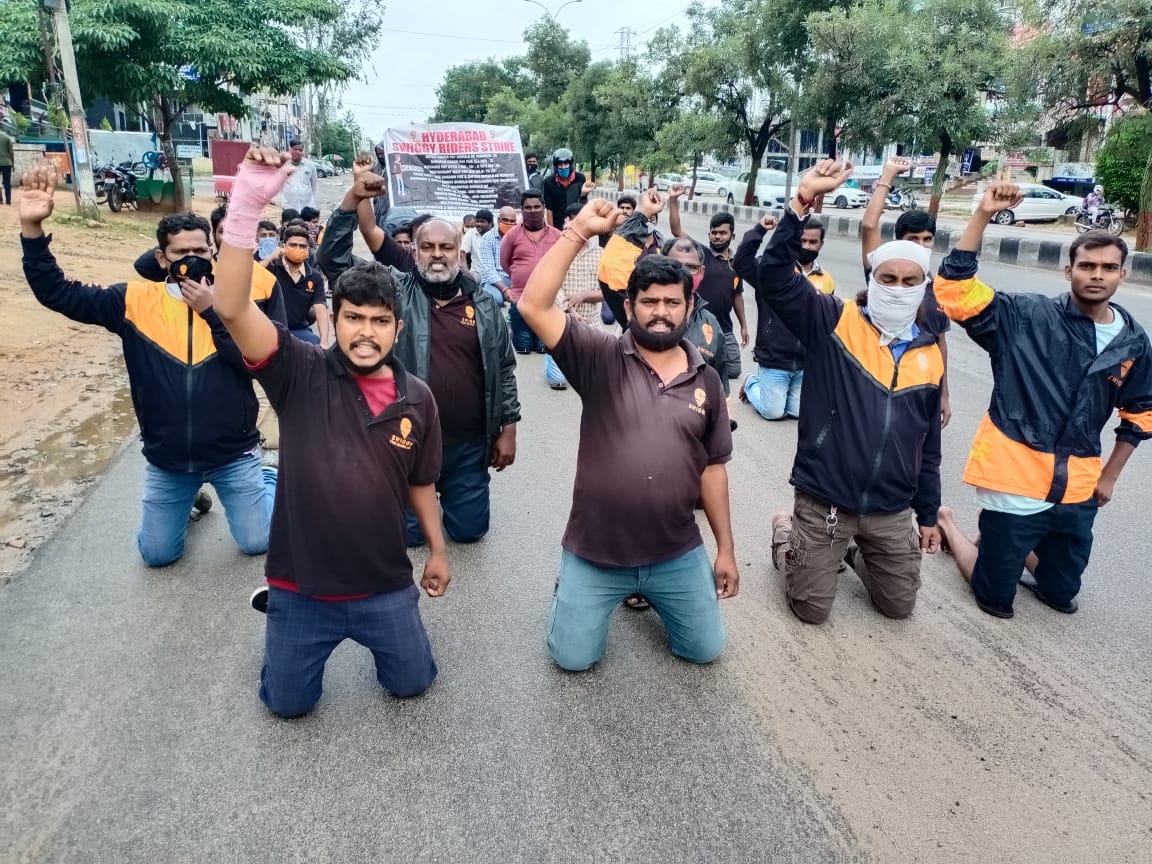 The researcher was also of the opinion that there was a need to challenge the government as well as the platforms. This would require the union intervening in policymaking, but - crucially - this should not be limited to policy papers and evidence-based research that is often divorced from the needs of the workers. The main focus should always be on organizing on the ground and recognizing that delivery workers, and not the platform, are the true creators of value. This would allow workers and the union to come up with concrete proposals on reforming and redesigning the current delivery system, which is completely dominated by capital, and perhaps even imagine alternative worker-managed platforms.

AIGWU is currently in the process of expanding and reportedly hopes to be registered as an All-India union under India’s Trade Unions Act of 1926. A registered trade union is considered to be a body corporate, thus providing it a legal cover, able to enter into contracts and bring lawsuits. A registered trade union is immune from certain civil, criminal and contractual liabilities. Registration of the union helps it obtain legitimacy to enter into collective bargaining mechanisms at the workplace. However, the registration of a trade union does not automatically mean recognition by the employer. Instead, this must be fought for and negotiated into an agreement.